Maliwan Is Now Open With Lao-Thai Cuisine in Pennsport 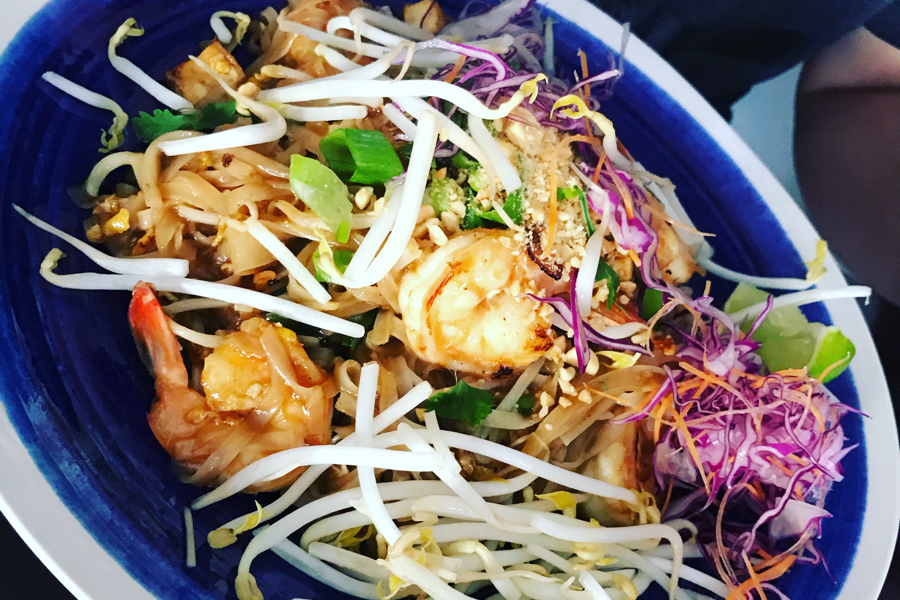 We were bummed to learn that Cambodian restaurant Khmer Kitchen had closed back in March. But a new concept has already taken over the property at 6th and Morris.

Maliwan, a Lao-Thai BYO from industry veteran Yenh Thivarath, is now open at 1700 South 6th Street. It’s part of a boomlet of Lao-centric concepts opening in the city this summer, with the recent debut of Laos Cafe on West Passyunk and Vientiane Bistro, a second location of the West Philly staple, set to open soon in Kensington.

“Maliwan is my daughter’s Thai name,” Thivarath explained. “It means climbing jasmine. My sister came up with that because we wanted to start anew.”

When you learn Thivarath’s story, the desire for a fresh start makes sense. The Restaurant School grad opened her first concept, an Asian fusion spot in Willow Grove called La Fusion Cafe, in 2009. But rent was high and Thivarath has her eyes set on Philly, so she closed it in 2015. 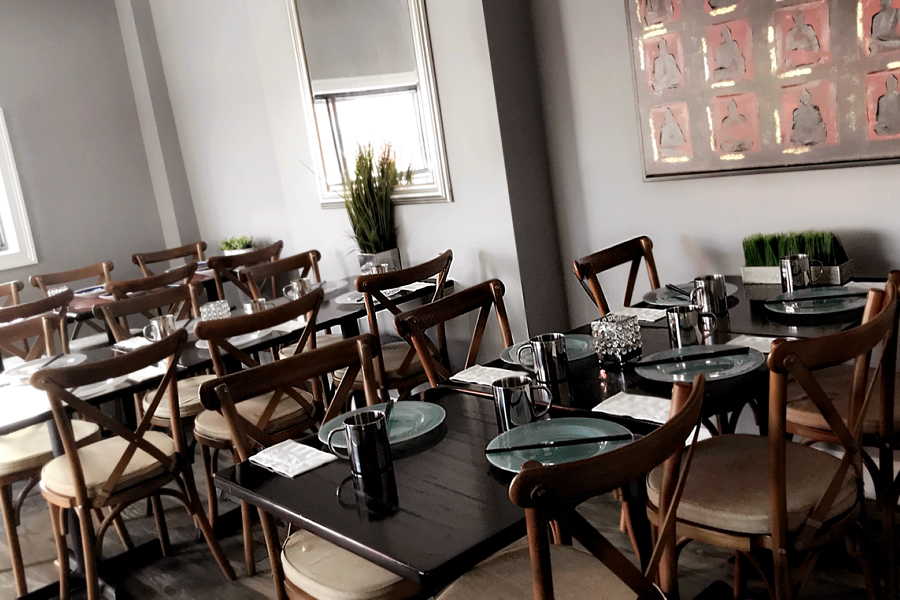 In 2012, she took La Fusion to South Philly, opening with Thai fare and a bar at 15th and Oregon, but the lack of parking and a primarily late-night crowd pushed her to move yet again — this time to an upstairs space at Wing Phat Plaza at 11th and Washington, where La Fusion has existed since 2015 as a sushi and karaoke bar.

For the petite Pennsport BYO — the dining room has under 30 seats — the chef partnered with her sister Nina Thivarath, who’s managing, and brought on designer Raymond Haldeman to create the cozy yet contemporary interior.

Food-wise, Thivarath is refocusing on the cuisine of her Lao-Thai heritage, with dishes like green papaya salad, laap, pad Thai, crispy duck, and curries on the menu, many served family style. She’s also planning to bring back some specials from her Willow Grove days, like sea bass stuffed with crabmeat, spinach, and onion and topped with Thai tamarind. 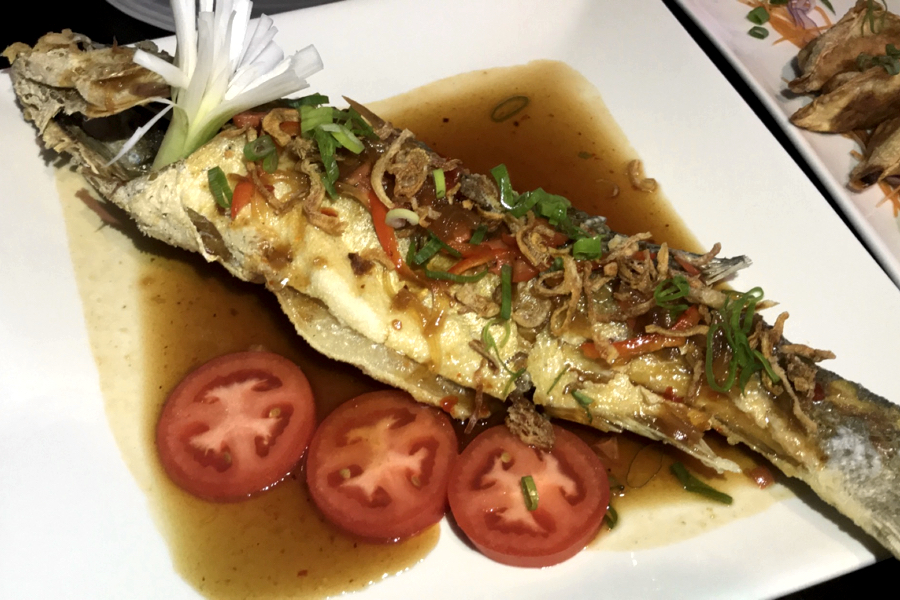 Despite the twists and turns on her path to the right location, Thivarath isn’t done yet.

“Twelve years in and I’m exhausted,” she says. “But Maliwan won’t be my last. I’m working my way to Center City one day.” 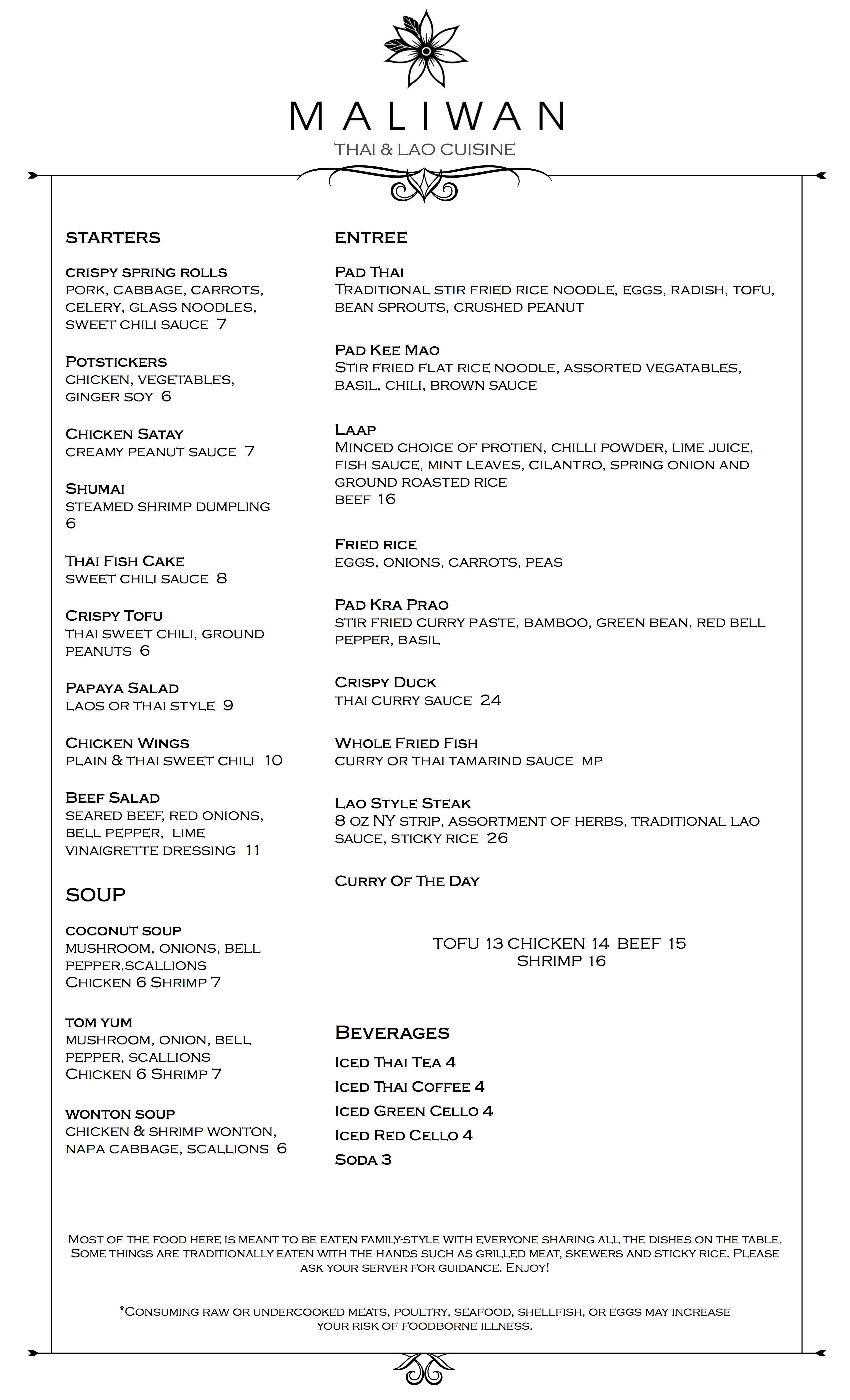