The Best Farm-to-Table Restaurants in Philadelphia

Getting ingredients from local farmers makes for great food. Here are the Philly restaurants that prove it. 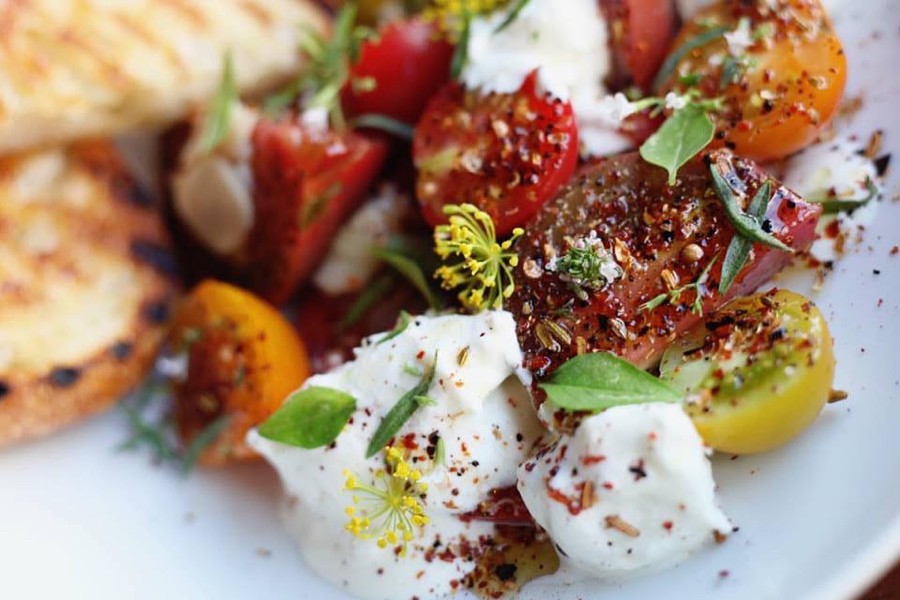 From a dining perspective, it’s hard to talk about the farm-to-table movement in 2018. After all, the local, organic food trend hit mainstream dining a decade ago — which means that today, even chefs with a deep contact list of farmers and foragers tend to shy away from the term, which now feels like a throwback or trying too hard. (From the farmers’ perspective, the movement is very much alive.)

Truth be told, the farm-to-table ethos — sourcing from local producers and food hubs, keeping menus flexible to change with the seasons, highlighting the best your purveyors have to offer depending on the time of year — has simply been absorbed into the New American label, which is how we describe some of the most vital, inventive, and exciting restaurants in the country. That just proves that fresh, seasonal, local sourcing is a strategy for success — and that the movement is very much alive at Philly’s best restaurants. Here are some of our favorite spots that keep local farmers on speed dial. 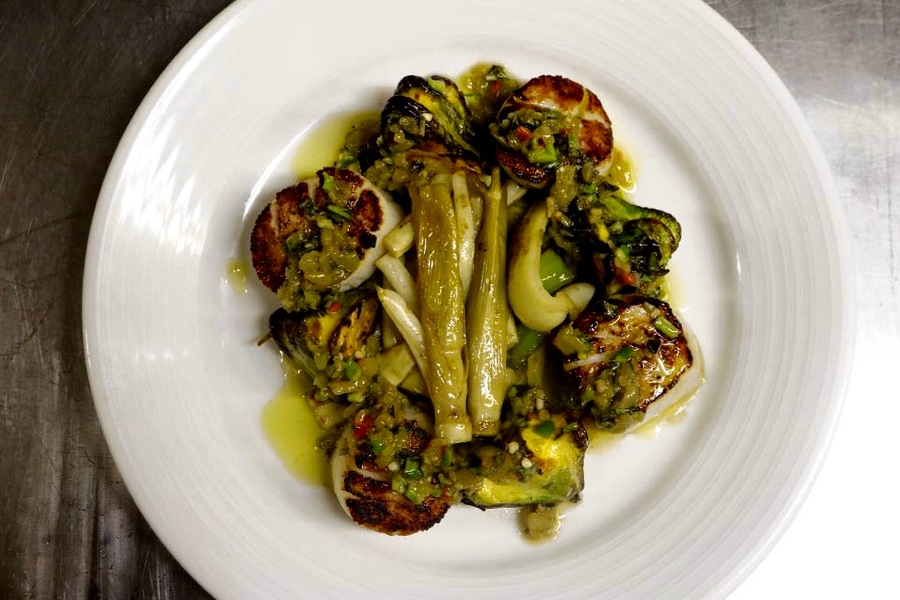 Russet, Rittenhouse
This Spruce Street BYO is like a seasonal sandbox for chef-owners Andrew and Kristin Wood, where they play with whatever’s freshest from the region’s farmers and foragers.

Will BYOB, East Passyunk
If you’re a Headhouse Farmers’ Market regular, you may have seen chef-owner Chris Kearse cruising the stalls for what’s fresh from the region’s growers that week for his French-inspired, hyper-seasonal kitchen.

Hungry Pigeon, Queen Village
Scott Schroeder and Pat O’Malley’s much-lauded, ultra-personal kitchen sources almost entirely farm-to-table — always featuring the best of local producers, but not making a huge deal out of it. Their menu, which features pork from Country Time Farm, cheeses from Birchrun Hills Farm, greens from Urban Roots, and poultry — including their namesake bird — from Keiser’s Pheasantry in York County, speaks for itself.

Fork, Old City
Ellen Yin’s flagship is one of the best dining experiences in the city, in no small part thanks to the White Dog alum’s commitment to sourcing directly from producers. That means that chef John Patterson gets unique seasonal ingredients — like New Jersey-grown organic rice and locally foraged black locust blossoms — to play with on your plate. 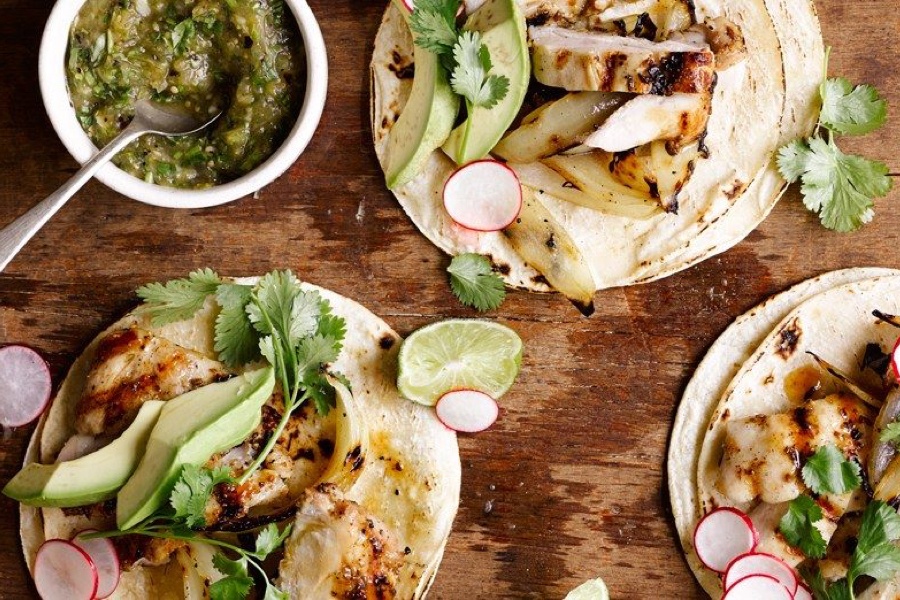 Farm & Fisherman Tavern, Cherry Hill and Horsham
After Josh and Colleen Lawler closed their Philly BYO in 2016, they brought the same ethos to the suburbs, with accessible tweaks like family-friendly takeout bundles — but they kept the same commitment to quality sourcing from local producers in place.

Weckerly’s Ice Cream, Fishtown
Weckerly’s chef and co-owner Jen Satinsky spent years as pastry chef at the White Dog, so it’s no wonder than when she and husband Andy set out to start their own ice cream company, they’d source local. And they do, for milk, cream, eggs, and peak-season produce and herbs — just about everything but the vanilla (which is fair trade, of course).

Standard Tap, Northern Liberties
One of the OGs in Philly’s gastropub renaissance, this 2nd Street neighborhood bar has been sourcing locally pretty much since they opened, in large part thanks to longtime chef Carolynn Angle (who recently took her knack for seasonal cooking to Center City’s Good Dog). Today, they still keep it close to home with produce sourced from local growers.

Cadence, Northern Liberties
The three High Street Hospitality alums who run Cadence — Samantha Kincaid, Jon Nodler, and Michael Fry — turn local, seasonal ingredients into adventurous, inventive dishes with flavors that back up all the hype around getting your goods straight from the farmer at their peak. 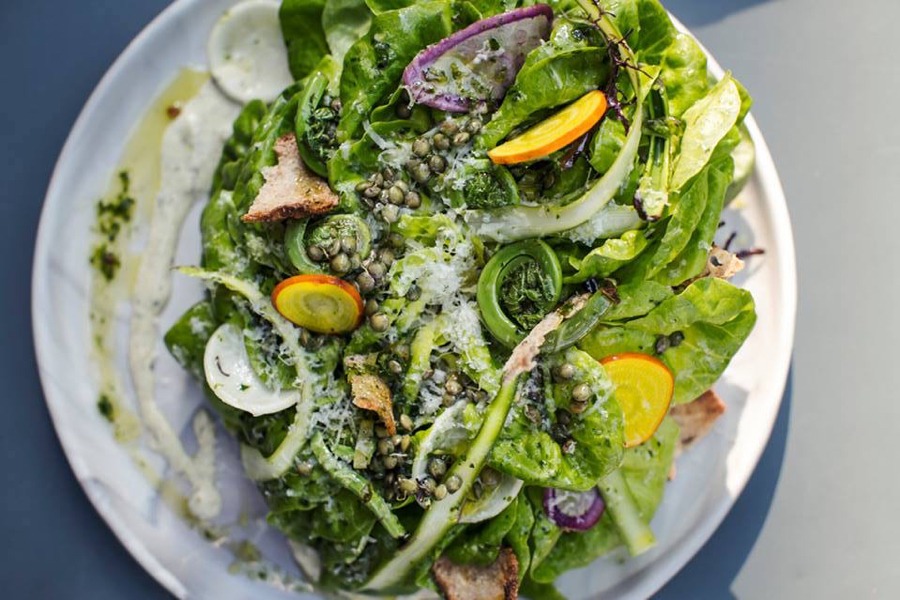 Lost Bread Co., Kensington
Alex Bois’ bakery already sources local grains and mills them in-house. Now that their space on North Howard Street is open for dinner on Friday nights, you can also get slices of their fatbread pizza with local toppings and veggie-focused sides courtesy of chef Ari Miller.

White Dog, University City, Haverford, Wayne
Thanks to an epiphany from former owner Judy Wicks, the White Dog became Philly’s first farm-to-table restaurant decades ago and inspired other white tablecloth spots across the city to do the same. Even today, the restaurant’s three locations still source local eggs, produce, cheese, and meat for their menus. 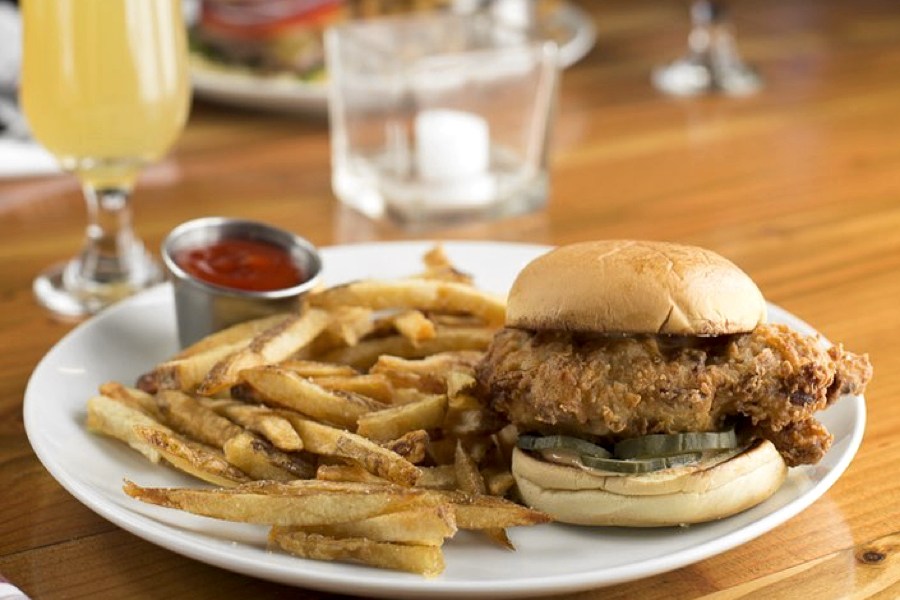 Tired Hands Fermentaria, Ardmore
The intimate Tired Hands Brewcafe has always sought local cheeses and produce from local farmers, and when they opened their large-scale, family-friendly second location, chef Bill Braun wanted to do the same. He partnered with Primal Supply Meats so that every protein on their menu except for wings — from the tacos to the burger to the chicken sandwich — was sourced from pasture-based, sustainable farms in the region.

Hidden River Brewing Company, Douglassville
Okay, so it’s easy for Hidden River to source local: there’s a farm down the road from the Berks County nanobrewery, which sells all of its hazy IPAs and elderflower-infused ales on premises. But it’s not easy to make and serve accessibly priced, delicious, hyper-seasonal bar eats — think panini, salads garnished with just-picked edible flowers, tacos, and the best soft pretzels you’ve ever tasted – without a Sysco truck stopping at your business. But they do.

Vetri, Midtown Village
Five years ago, Vetri may not have made this list. But with a bread program build around locally grown, house-milled grains, Pennsylvania-raised dry-aged steaks sourced through Primal Supply, and local cheeses on their menu, we’d be remiss not to give the city’s top Italian restaurant props for its farm connections, too. 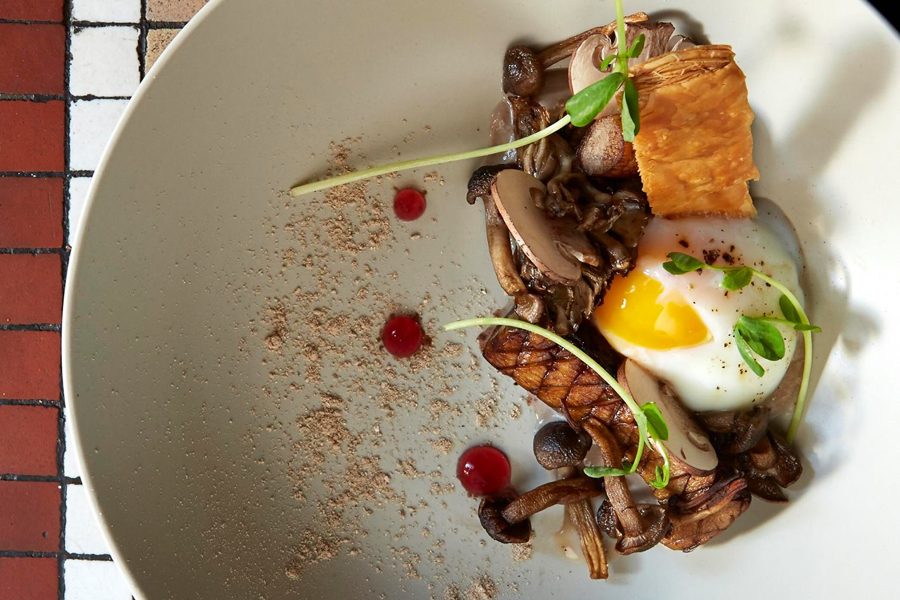 The West Philly BYO is known for its epic, immaculately plated tasting menus that feature whatever the seasons have to offer, winter or summer. And in summer — peak produce season — you can get a scaled-down version of the full $90 tasting menu with a $45 special, Tuesday through Thursday.

Talula’s Garden, Washington Square West
With her flagship Talula’s Table in rural Kennett Square, co-owner Aimee Olexy has always been in tune with what’s growing in the region. Her cheese menus are an especially rich trove of local cheeses from award-winning Chester County producers like Doe Run Farm and Birchrun Hills Farm.

Martha, Kensington
The comfortable, effortlessly cool bar goes beyond local wine, beer, and spirits on its flexible electronic menu, with everything from produce and cheese to bread and kombucha pulled from local producers and neighboring artisans.