The chef, author, and professional traveler was found dead in France on Friday morning. 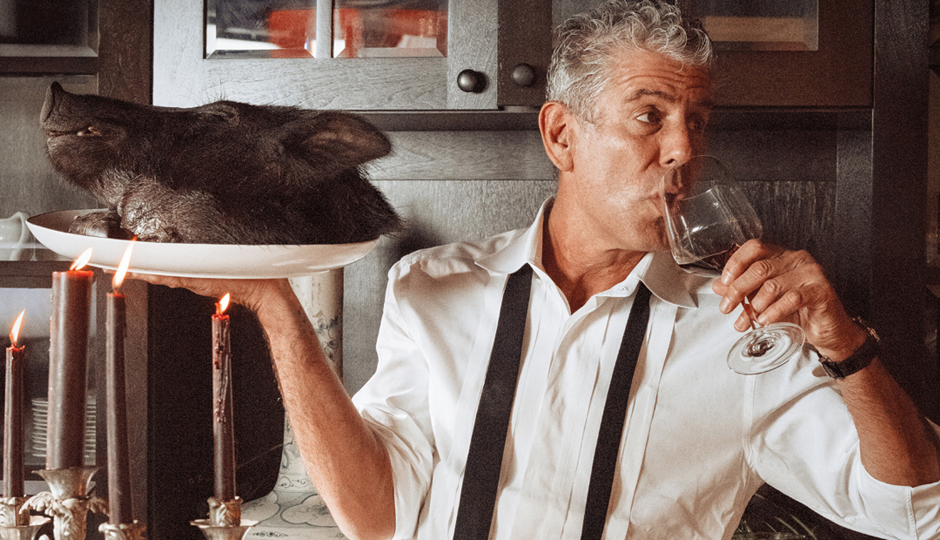 You’ve probably already heard. If you watch the news, if you care about food, you likely got the news this morning and are as gutted as we are. Anthony Bourdain is dead. He was a chef, a remarkable writer, an itinerant wanderer and possessor of the kind of life a lot of us dream about. He was in France, working on an episode of his CNN show Parts Unknown, and he was reportedly found unresponsive by his friend, Eric Ripert. It was suicide, according to all reasonable sources, and as with all such untimely exits, no one knows why.

Well, one guy did, I suppose. But we can’t ask him about it now.

There’s not much else to say beyond that, except that Bourdain was an honestly good human. That guy you saw on TV? It was a lot like the actual person left behind when the cameras were off. He was insatiably curious, incredibly well-read, a little bit goofy, as flawed as the rest of us. The first time I met him was in New Mexico, years ago. He was on a book tour and was rolling through one of the cities where I’d been a food writer. I wrangled an invite (and a seat at the press table) from an old editor and remember one of his press handlers telling me under her breath that he never seemed to sleep and that he read a book a day — his luggage full of the printed word. She seemed shocked by this. Like there was no way some jumped-up NYC cook who caught one lucky break could possibly be … what? Literate? Smart as hell and fascinated by things beyond what was in the fryer basket?

But he was. And more than that, that night, after all the handshaking and book-signing was done — he went out back, into the kitchen, to hang out with the crew of the restaurant where the event had been taking place. He asked me to come along because … I don’t even know why. I was no one then. A two-bit food writer just graduated into my first real job. But I was an ex-cook, too. And a writer. And that was enough, I guess.

In the back, Bourdain talked to every cook. He wanted to know where each one of them was from, where they’d cooked, what they liked to eat. In the parking lot, we passed a bowl and drank beers and told stories about food and cooking and the West. I remember that, in one breath, he managed to make references to both The Simpsons and Mr. Sardonicus — and that’s the kind of deep pop-culture knowledge that you don’t rent. You gotta own that kind of shit. Have it living in you. And he did. As a writer, TV host and just plain old walking-around man, he had the rare ability to filter everything he saw through everything else he’d ever seen, and to do it on the fly. And he never lost that.

Anyway, that was the Bourdain I knew. We weren’t friends or anything. He was just what I wanted to be when I grew up. Not the fame, the recognition, the awards. Just that ability to be in two very different places (a book signing one minute, a loading dock full of line cooks the next) and to be fully and wholly himself in both.

Bourdain did some time in Philly. For those of you out there who don’t remember, he hit Donkey’s Place in Camden for a New Jersey episode of Parts Unknown. He did an episode of The Layover here (which was one of his shows before Parts Unknown) and hung out with Marc Vetri, Michael Solomonov, George Sabatino, Han Chiang, Peter McAndrews and made fun of the Rocky statue. That was the one where a bunch of them ended up at Dirty Frank’s, and where Bourdain ended up having to drink a shot of the hot dog water at the Pen & Pencil after losing a game of Rock Paper Scissors to Solomonov. Worth a re-watch, truly.

It’s my guess that every magazine and every paper out there is going to be doing a story just like this at some point today. One of those, “Hey, this is what happened when Tony visited our city” kinds of things. And that’s fine. That’s a fitting tribute, actually. Because Bourdain went everywhere. He talked to everyone. He learned all he could while he was among us and left memories behind. He might’ve gone out quietly, but he lived loud. And that’s something.

As sad as I am, my heart breaks for his friends and family. For Asia Argento and his daughter, for Ripert, for his crew. For everyone who ever knew him, really. He was unique. His loss diminishes us all.

So let’s all be careful out there, okay? Take care of yourselves. Take care of each other. Maybe tomorrow will be a better day, because this one just fucking sucks.