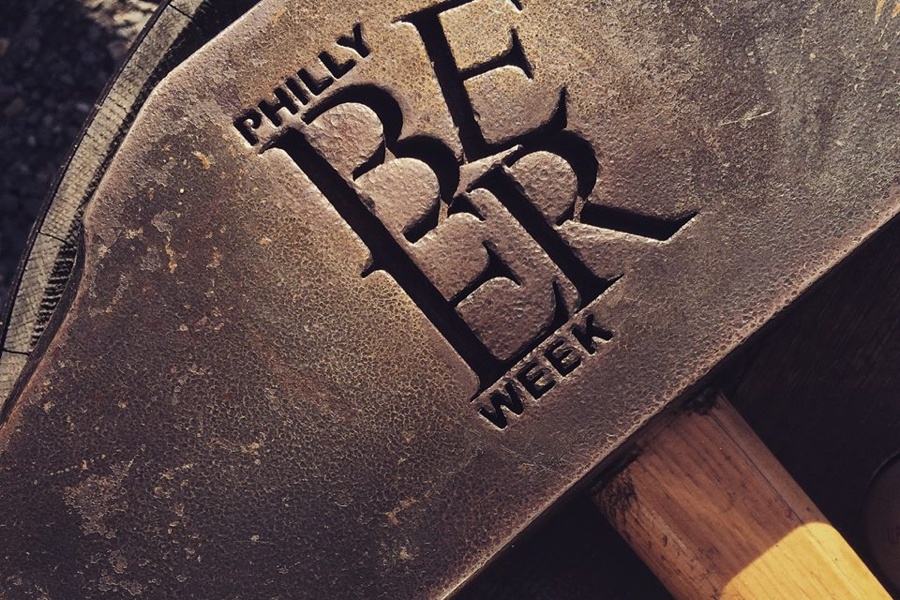 Philly Beer Week starts tomorrow — and the number of events at this epic, 10-days-over-two-weekends celebration of all things hoppy, malty, and alcoholic is truly staggering. We’ve combed through the massive calendar and recommended our picks for how to get the most out of PBW 2018, from a beer garden at the Barnes to ceviche and cider pairings to boating and beer on the Schuylkill. 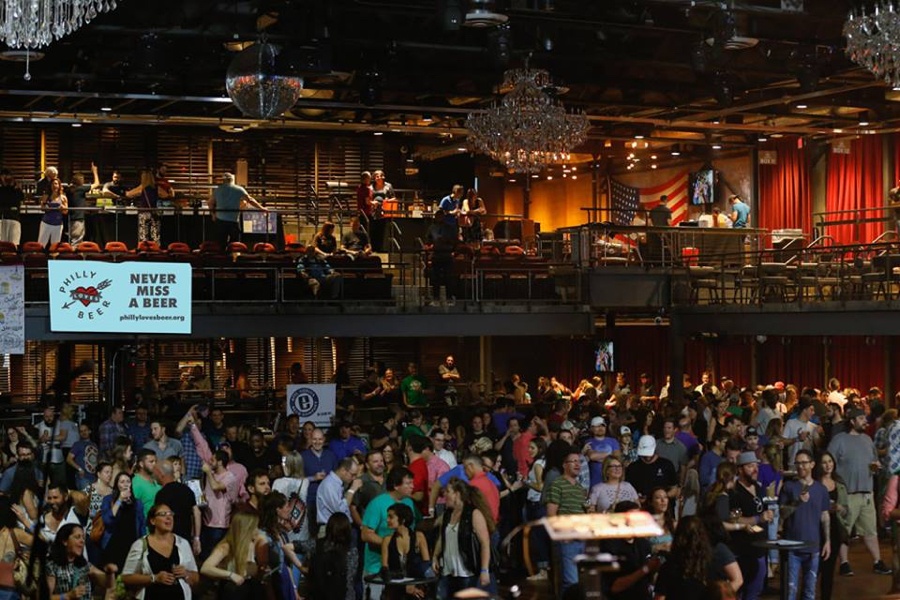 Opening Tap, The Fillmore
6:30 p.m. to 10:30 p.m.
The Hammer of Glory will relay its way from the Northeast, stopping at some of the city’s best beer bars and breweries along the way before arriving to kick off Beer Week at the Opening Tap bash, featuring more than 60 breweries pouring more than 100 styles of beer and live performances, including a set from rapper Chill Moody. Get tickets here.

The Super Bowl Champion HOG Relay Parade, Jose Pistola’s
2:30 p.m. to 4:30 p.m.
While you’re waiting for the Hammer of Glory to make its way to Opening Tap, relive that Super Bowl LII magic at Jose Pistola’s, where they’ll be showing the historic game and then parading over to Opa with members of the Avalon String Band at 3:30. 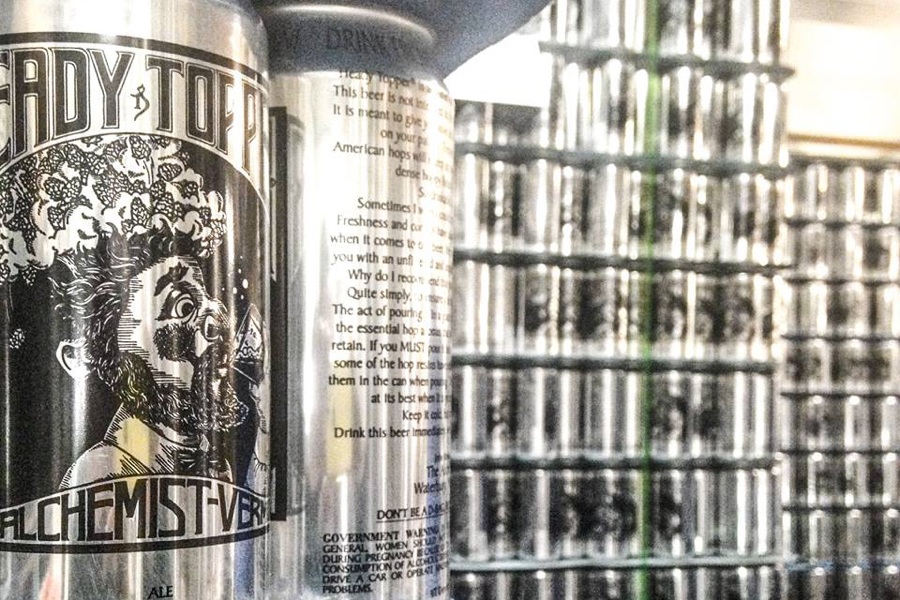 The Alchemist at Philly Beer Week, Monk’s Cafe
12 p.m.
Philly has been getting rare flash deliveries of IPA holy grail Heady Topper from this small Vermont brewery with a cultlike following. Meet brewer-owner John Kimmich and taste pours rarely seen outside of the Green Mountain State. Get there early and bring cash — no credit cards allowed for this event.

Casa Agria Comes to Philly!, Interstate Drafthouse
7 p.m. to 2 a.m.
This boutique California brewery specializes in funky, mixed-fermentation farmhouse-style and barrel-aged wild ales — think American saisons and sours. And Interstate Drafthouse is the only place in Philly that’s pouring them for all of beer week, with eight taps dedicated to Casa Agria brews. 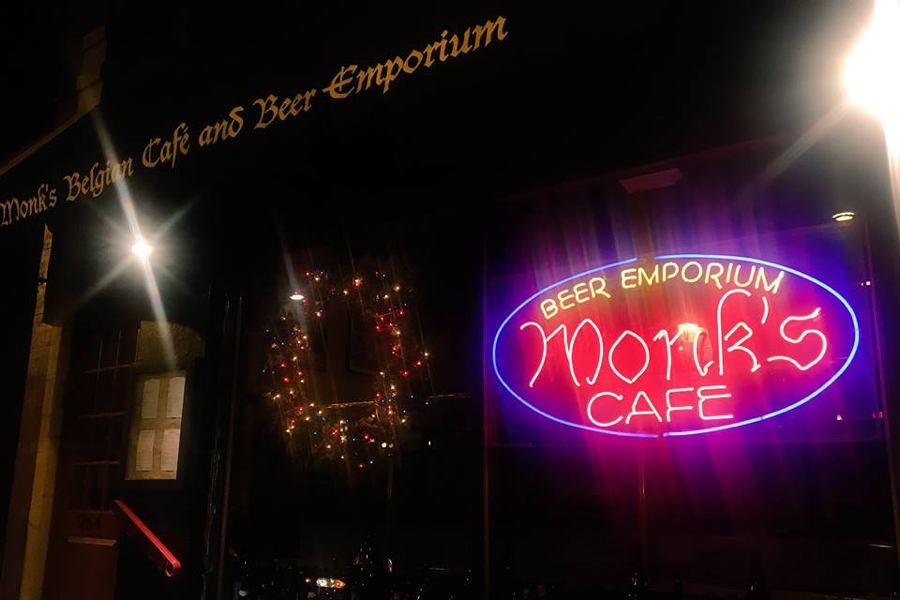 Who the Hell Let Tom in the Brewery?!, Monk’s Cafe
12 p.m.
Philly beer O.G. Tom Peters marked the 20th anniversary of the founding of Monk’s Cafe last year by traveling and brewing some very special collab beers with folks like Allagash, Brasserie de la Senne, Oxbow, and Tired Hands. Now, you can taste seven of those anniversary collabs, pay-as-you-go-style.

Dock Street Beer Garden at Barnes on the Block, Barnes Foundation
4 p.m. to 8 p.m.
This free party takes place in the Barnes parking lot — just walk up at 20th and Callowhill. The evening features Dock Street beer, food trucks and carts like Poi Dog, the Cow & the Curd, and Weckerly’s Ice Cream, plus music by DJ Rich Medina, free admission to the Barnes, and the crocheting of a new mural by Brooklyn-based artist Olek. 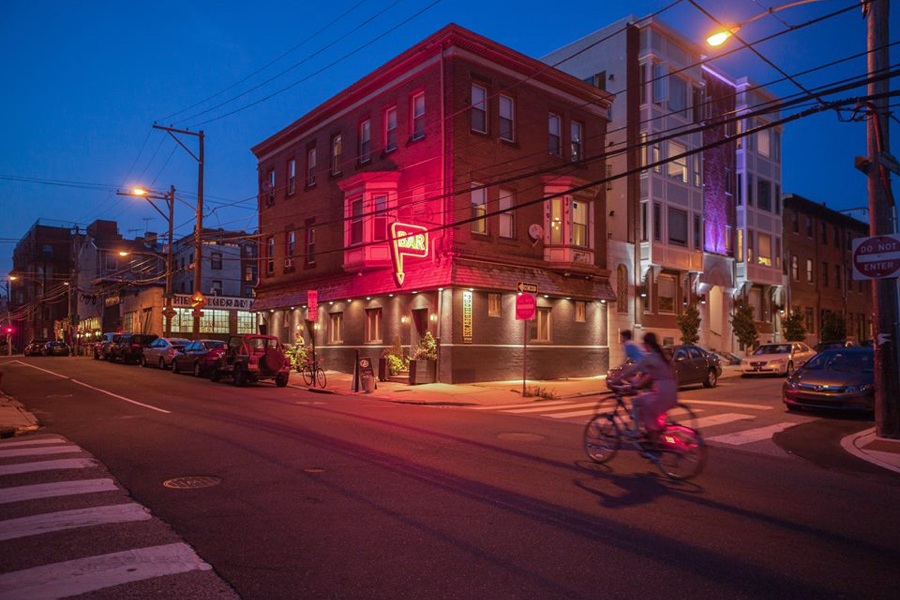 Olde School Luncheon with Dogfish Head’s Sam Calagione, Monk’s Cafe
12 p.m.
Hang with the Dogfish Head founder and president at this lunch, which features four courses and six of the Delaware brewery’s best beers. Tickets are $75, not including tip — check out the menu here and call Monk’s at 215-545-7005 to get yours.

Hidden River Tap Takeover & Meet the Brewers, Capone’s
4:30 p.m. to 8 p.m.
Hidden River Brewing Co. is Berks County’s best-kept beer secret — like old-school Tired Hands, they make lots of hazy, funky, small-batch brews and only sell them onsite at their pub, which just happens to be located in a 300-year-old haunted house (really). So any chance to taste their goods outside of Douglassville is a rare opportunity not to be missed. 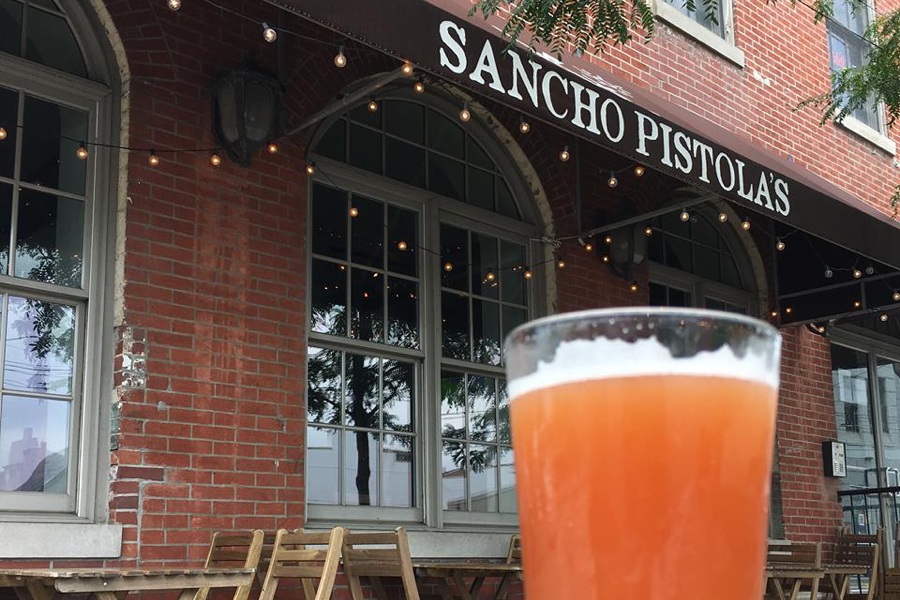 Ceviche & Cider with Graft and Big Hill, Sancho Pistola’s
6 p.m. to 11:45 p.m.
Head to the Fishtown location of the Pistola empire for pours of Graft Cider and Big Hill Ciderworks’ collab Hill Country, a wild-yeast-fermented, barrel-aged cider dry-hopped with whole Citra cones and infused with Spanish cedar, plus two varieties from each cidery on tap. The kitchen is serving up three ceviches to pair with those crisp cider pints.

Pizza Boy Arctic Trash Can Release Party, Garage Fishtown
7 p.m. to 9 p.m.
Arctic Trash is the ultimate Fishtown beer, inspired by the Arctic Splash cartons that festoon the neighborhood and made to brewed its tart-sweet flavor with lactose, lemon, and tea. Neighborhood Ramen will be in the kitchen — plus there’s a raffle and prizes, with funds raised for the New Kensington Community Development Corporation.

Beer & Boats, Bartram’s Garden
4 p.m. to 8 p.m.
Get outdoors and onto the Schuylkill River at Bartram’s Garden’s Community Boathouse, where you can borrow a kayak or rowboat (they’ll provide instruction and equipment) and get out on the river while sipping local brews. Tickets are $15 ($10 for Bartram’s Garden members), which includes your first drink; kids can boat free with a parent or guardian. Get your tickets here.

Sixth Annual Allagash Sausage Bash, Time
7 p.m. to 10 p.m.
Order up a flight of rare beers from Maine’s Allagash Brewing Company paired with custom-made sausages from Time’s kitchen and meet folks from the brewery at this Beer Week mainstay event. Beer and sausage pairings are available to order a la carte, too. 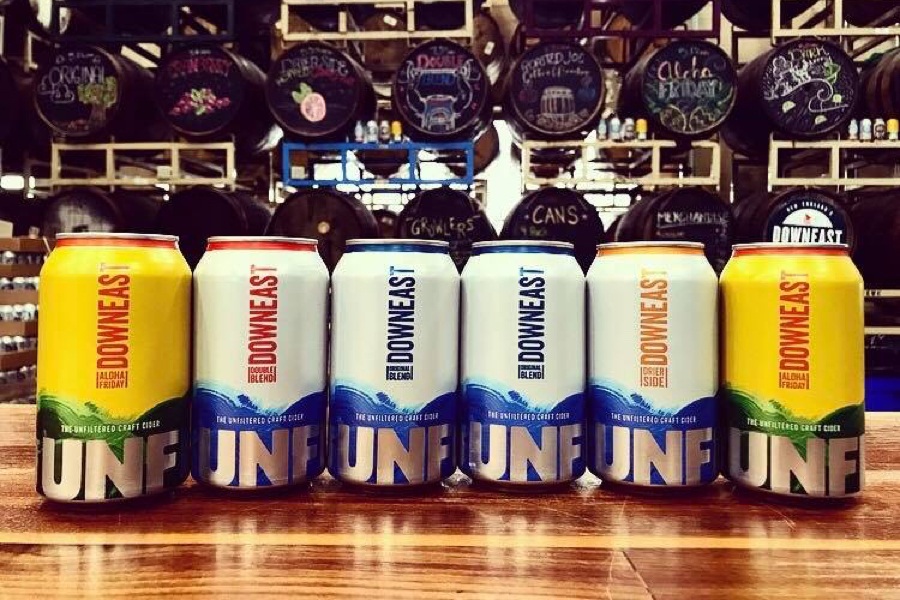 Cider Cocktails with Downeast Cider, Heritage
5 p.m. to 2 a.m.
You’re heard of beer cocktails, right? That’s a thing with cider, too. All night long behind the bar at Heritage, they’ll be mixing up variations on classic cocktails livened up with Downeast’s ciders, like a Singapore Sling made with their Aloha Pineapple cider and a Paloma with their Dry Hopped Grapefruit.

Teresa’s Teresa’s Teresa’s, Teresa’s Cafe & Next Door Bar
5 p.m. to 11:45 p.m.
This beer lover’s destination in Wayne has been stockpiling special collabs, brews aged in special barrels, and other unique, house-made one-offs for years — and they’re pouring the last kegs of some of these gems for Beer Week. Think Tröegenator aged in a Knob Creek bourbon barrel, or their house-made Celestial Shadows aged in Buffalo Trace barrels.

Sour Beer Saturday, Interstate Drafthouse
11 a.m. to  2 a.m.
By the second Saturday of Beer Week, your tastebuds might need a little refresher. Brighten things up with a daylong celebration of sour beer styles — Berliner weisse, gose, barrel-aged wild ales, and many more.

Fishtown FestivALE, Frankford Avenue between Girard Avenue and Oxford Street
12 p.m. to 8 p.m.
This daylong celebration of all things beer takes over five blocks of Frankford Avenue with three stages of live DJs, local artists, and the Fishtown Flea. More than 20 of the strip’s restaurants and bars will be serving up special drinks for the occasion, too. Get the full lineup here. 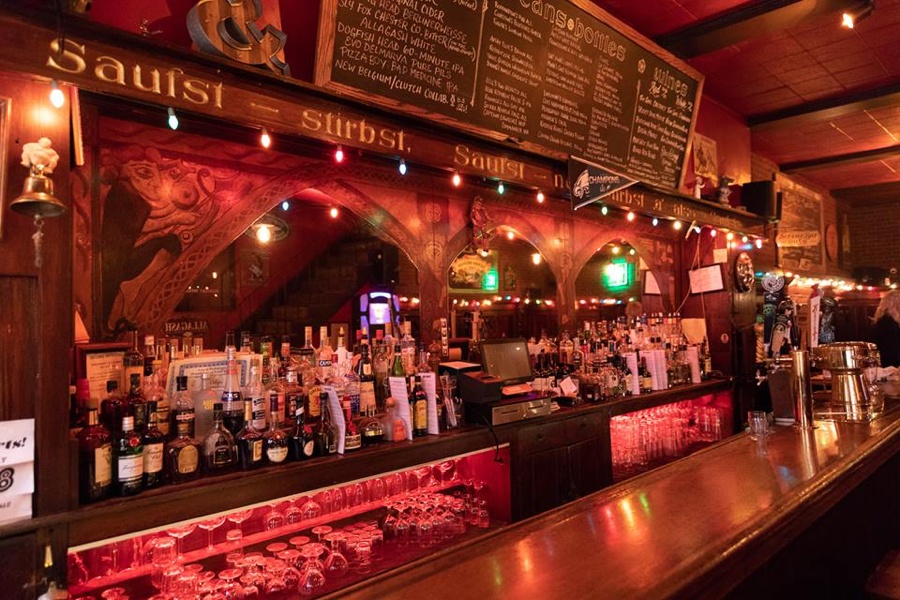 Russian River Sunday, Local 44
11 a.m. till sellout
The West Philly gastropub and bottle shop celebrates each Beer Week with a Russian River blowout. This year, they’re pouring no less than eight varieties from the California craft beer heavyweights: Consecration, Consecration ’16, Supplication, Supplication ’16, Pliny The Elder, Blind Pig, Damantion, and STS Pils. Get there and get in line early.

That Totally Unnecessary Drink Presented by Dogfish Head, Fergie’s Pub
7 p.m. to 11:45 p.m.
After spending the last Sunday of beer week helping your favorite bars finish off their kegs, you don’t really need one more night of partying…or do you? Head to Fergie’s for an epic session of karaoke with a live band and big Philly Beer Week 2018 adieu the way you spent it: drinking beer.