Here’s What We Know About Greg Vernick’s New Restaurant 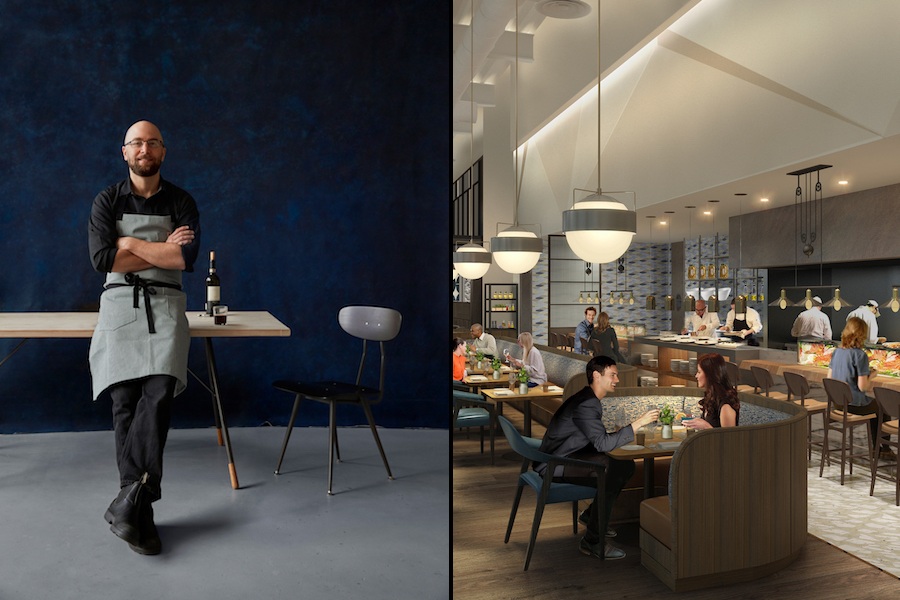 Last September, all we knew was that Greg Vernick, fresh off a James Beard win, would be opening his second restaurant in the Comcast Technology Center at 1800 Arch Street. It would take up the ground floor of the new skyscraper while his old chef and mentor, Jean-Georges Vongerichten, opened his new restaurant in the Four Seasons hotel up near the top of the building.

Now, ten months later, we know the name and concept:

Vernick Fish will be a 200-seat modern American oyster bar and seafood restaurant, open day and night, complete with an outdoor patio, a serious cocktail bar, and a wine list heavy with sparkling and whites.

And the guy designing the restaurant? He’s no joke. Adam Tihany, whose Tihany Design built out some of the world’s greatest restaurants, including Daniel, Per Se, and Bocuse at the Culinary Institute of America, will be behind Vernick’s new restaurant — his first entrance into the Philadelphia market.

The restaurant is scheduled to open sometime this fall.