One of Us: Frank Olivieri
Subscribe
Follow
I'm a scraper
This search result is here to prevent scraping


One of Us: Frank Olivieri, Cheesesteak Royalty

The great-nephew of the cheesesteak progenitor and current owner of Pat’s King of Steaks talks South Philly, Freemasonry, and why you should never send out three lamb chop lollipops at your restaurant. 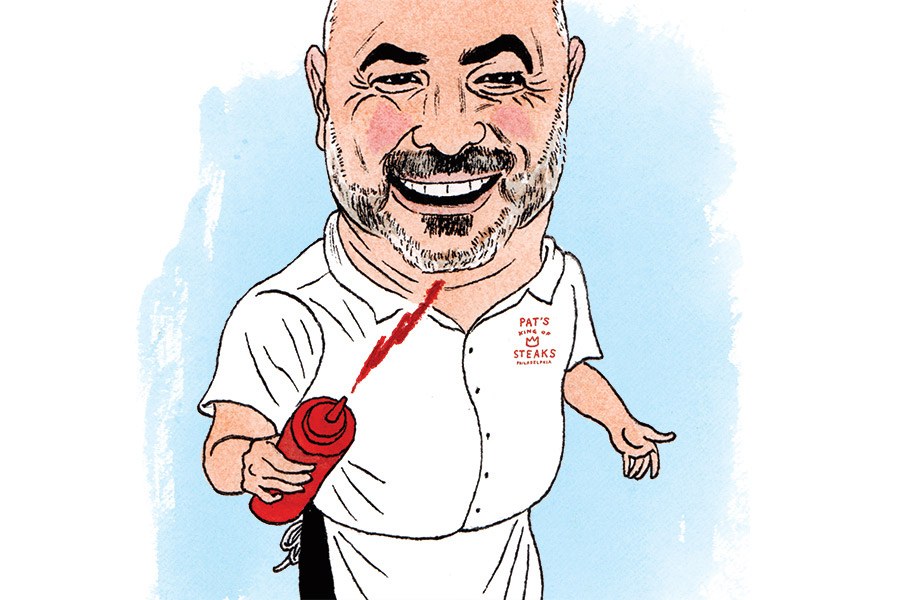 My full name is … Frank Enrico Olivieri. My father is Frank Pasquale Olivieri, so technically I’m not Jr., but everybody still calls me Frank Jr.

I grew up in … Packer Park, deep in the south of South Philly.

These days, I live in … a condo on the Delaware, and I have a place on the beach in Margate.

Running a family business is … about as much fun as a bag of angry squirrels.

One thing I miss about the old neighborhood is … that you could call a peach a peach and the peach wouldn’t get offended.

The hardest thing about operating a business in this city is … dealing with people in government who know less than I do.

The best cheesesteak not at Pat’s is … Steve’s Prince of Steaks — the Bustleton location — and the White House in Atlantic City.

My standard order is … an inside-out with Whiz, a little meat and a little raw onion. Inside-out means you scoop the bread out of the roll.

My last fistfight … took place back when people in Philadelphia used to watch Flyers games on PRISM.

The most disgusting thing people put on cheesesteaks is … pepperoni.

I like to collect … Porsche 911s. New and old. It doesn’t matter. And I’m going to build a Factory Five Racing Cobra Roadster. I have it on order.

Mayor Kenney is … no longer on my Christmas card list. The soda tax is more ridiculous than Donald Trump being president.

Those garish Pat’s Steaks ads on SEPTA buses … are the best investment I ever made, but it is expensive as hell.

The furthest I’ve been from Philly has been … Maui. But when I was married and living in Marlton, it was like I was living in Siberia. I’m divorced now. But taken.

My favorite new restaurant in Philly has got to be … the resurrection of Friday Saturday Sunday. Blew my mind. Literally the best roast chicken I’ve ever had in my life.

One thing I really suck at is … dieting. And golf. After a year of lessons, my golf instructor tells me to take up swimming.

If I were going to open another business, it would probably be … a speakeasy-like no-menu restaurant of whatever I felt like making. At the Shore. The food there is pathetic. You go to Steve & Cookie’s and order the lamb chop lollipop appetizer and it comes out with three, and you’re trying to share it. The waiter says, Well, for a small upcharge, you can have another. I say, “Why don’t you just give me two and charge me less?”

If you really want to piss me off … put my ketchup on your Geno’s steak. Oh. My. God. People do it all the time. They walk over and use my condiments.

The last time I gambled … I lost everything that I had won at the Borgata the week before.

My most recent tattoo … is the Masonic symbol, but using knives and forks. It’s on my wrist, and I designed it myself. I am a Freemason of the 32nd Degree, and I’m also a Knight Templar.

People would be surprised to know that I love to listen to … Mozart, Beethoven and Bach.

To people who call my steaks crap … I say to them two words, and they’re not “Happy Birthday.”

Published as “One of Us: Frank Olivieri” in the May 2018 issue of Philadelphia magazine.