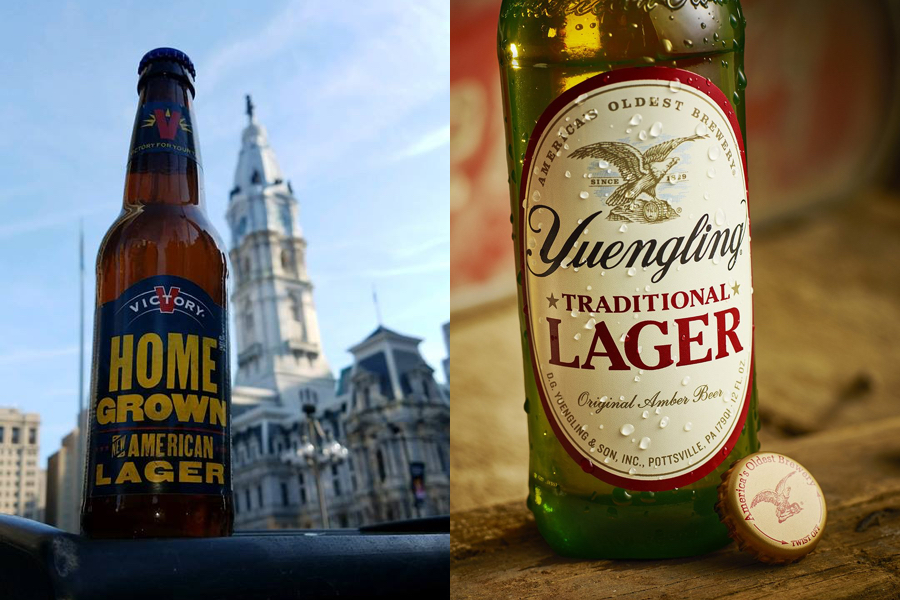 Victory/Facebook | Yuengling/OfficialAnother day leading up the Super Bowl, another “friendly wager” between breweries in this year’s rival cities.

This time, Sam Adams and craft outfit Jack’s Abby up in Boston have teamed up against two Philly-area brewers: Victory Brewing Company, and — in a really questionable choice for the Downingtown-based brewery — Yuengling, the oldest brewery in America, which is owned by notorious Trump supporter Dick Yuengling. (For the record, I’ll drink a Boston Lager any day over a beverage made by someone who didn’t instinctively recoil while being photographed with Eric Trump.)

Aside from making unfortunate brewery bedfellows, the wager consists of some very mild trash-talking on Twitter, and the losing brewery has to donate to a hometown charitable cause of the winning brewery’s choice.

Oh, and because there’s apparently no greater humiliation for a fan than wearing a sports-garment in a different color scheme than that of their choosing, the losers must don the winner’s gear and unnerving animal-head mask on their first post-game brew day. Boston fans are wearing goat masks — I guess because the Patriots are also particularly nimble when climbing mountains and consume a diet of tree bark, berries, foliage, twigs and grass.