It might be the best duck dish in Philly right now. It's also the dish that defines what Peter Serpico does best. 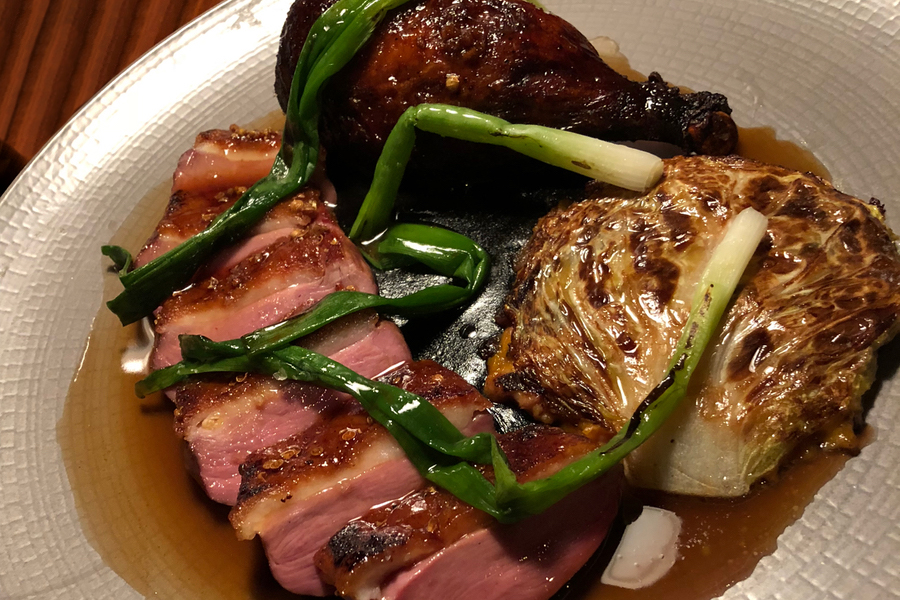 We tend to love certain foods, or certain dishes, because they check all the right boxes:

Humans, as fancy as we like to think we are, are much easier to please than we let on.

And then there are times that that we love certain foods because the way they taste takes us away, or back — like that moment in Ratatouille when the scary critic takes his first bite of the Remy’s confit byaldi. That’s not just Pixar magic, that’s a real thing that happens in real life.

Call me crazy, but it really seems as though Peter Serpico consistently aims for the latter when he cooks. His chef-brain has a serious imagination, and it’s capable of strange, transcendent empathy. He’s not winning you over with foolproof recipes, he’s tricking you into feeling things with familiar flavors and familiar ingredients disguised in modernity.

Take his duck dish. Normally, duck — like steak — is a delicious and boring thing to eat. There’s not much you can do to duck except cook it right and give it a good, fruity sauce. Confit the leg, sear the breast, yadda, yadda, yadda. It’s the same-old pretty much everywhere you go.

It’s dry-aged for two weeks so that its flavor doesn’t get lost in what might be the deepest, darkest mole on the planet. “There isn’t any chocolate in it,” he explains. “So I guess it’s, technically, not a mole. It’s sort of like an Asian mole.” Same technique, but instead of the dried guajillo and pasilla chiles, he uses dried Asian chiles and spices. Its color comes from burnt onion. Not browned onion, not charred onion — burnt onion. Carbonized, almost to ash. It’s pooled into the middle of the plate with the gravity of a black hole.

It’s flawlessly cooked (as you can see in the photo) — the breast seared, its fat like butter, and the leg crispy and soft after 18 hours in the oven. It is perfectly executed, but it is not boring. I even had that confit-byaldi-moment: The dish, in all its modern Asian-accented everything, dolly-zoomed me back to a recent trip to Mexico City, where I had a mole just like it in some high-brow spot famous for its hyper-traditionalism. Serpico’s had the same depth and heart — just different ingredients.

It’s not only one of the city’s best duck dishes — it’s the dish that showcases Peter Serpico at his best.