Aldine’s George Sabatino Is Leaving His Own Restaurant

The highly lauded chef will leave the Rittenhouse restaurant at the end of the month. 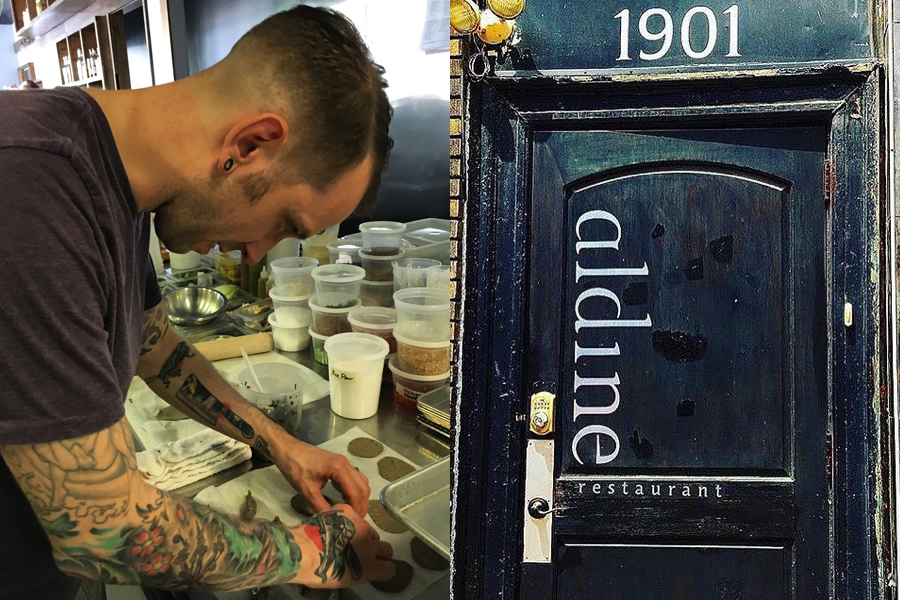 In 2012, George Sabatino had one of the best years of his entire career: He was named the city’s best chef, he ran (at the time) the #1 restaurant in Philly, and he took home the gold at Ommegang Brewery’s Hop Chef competition. He rode that wave all the way to opening his own restaurant in Rittenhouse, Aldine, with his wife Jennifer Sabatino in 2014. After an iffy start, the restaurant found its groove in 2015 and Inquirer critic Craig LaBan bumped up its rating to three bells. A Best of Philly honor followed soon after, and it secured a spot on our 50 Best list throughout 2017.

George and Jennifer have since separated (back in March), and at the end of this month, George will leave his restaurant to Jennifer.

He tells us that he’s leaving for “personal reasons,” but it’s probably not a stretch to speculate what they are. Restaurants being the high-stress, hyper-demanding hellholes that they are can put a strain on any relationship, but owning and operating a restaurant with an ex adds an even thicker layer of complexity and difficulty.

Jennifer Sabatino did not respond to a request for comment, but told Philly.com that the former couple were not happy continuing to work together on a daily basis.

As for George, there’s no doubt he’s got something up his sleeve, and we’ll let you know what it is as soon as we find out.