Where to Eat This Weekend: Junk Food Jones

Burgers, pizza, fried chicken and a fight over chicken wings vs. chicken fingers. 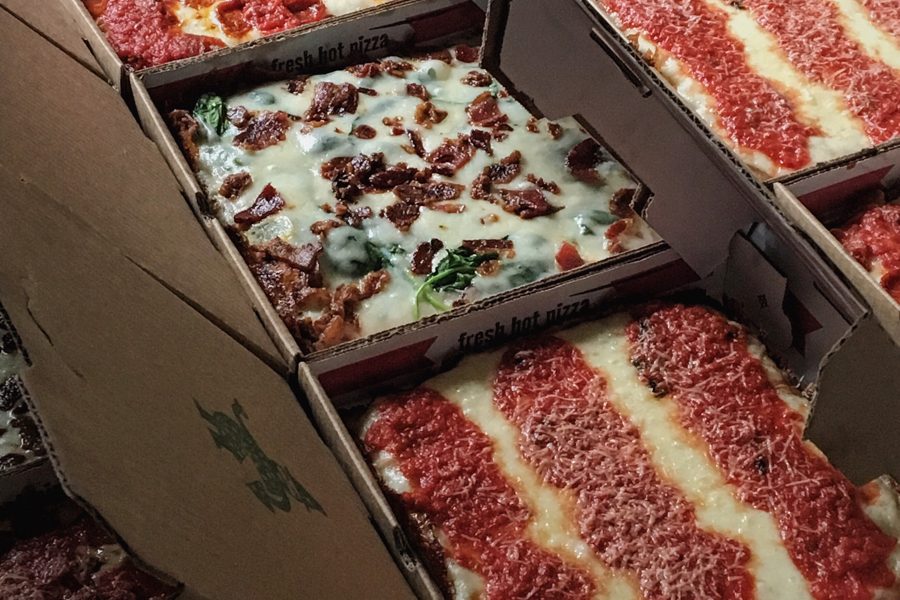 There is no such thing as junk food if you love it. Big, fat burgers, milkshakes, greasy fried chicken and pizza of all varieties — if it’s delicious and handled with care, why is it junk?

Is it because it’s bad for you? Screw that. World the way it is, we all deserve cheeseburgers and pie. So this weekend, we’re going to indulge. We’re going to eat all those things we love that ain’t fancy, ain’t healthy and ain’t pretty to anyone but us.

Here’s where we’re eating this weekend. Maybe we’ll see you there.

We’ve got a split opinion here, with some of us craving the almost impossibly leopard-spotted Neapolitan pies from Nomad (which seem almost magical in their ability to not droop when you pick up a slice), and others already making plans to hit Pizza Gutt at W/N W/N Coffee Bar and see what Daniel Gutter is cooking up this weekend. (If you’re interested, this is what he’s serving.)

Tomorrow, Craftsman Row Saloon is holding their annual burger-and-shake eating (and drinking) competition. Winner gets a free burger and shake each month for a year. The complication? These are not normal burgers and shakes. Contestants have to put away “the Birthday Burger, a multi-patty bacon cheeseburger, plus an outsized Brotherly Love Shake. That’s a vanilla shake made with a Tastykake Kandy Kake, a cupcake, a Peanut Chew, an Amish pretzel, and whipped cream.” And the prize is one of these combos a month, for free, for a year, or until your doctor intervenes.

For those of you looking for something a bit, I don’t know, lighter? It’s nothing new, but there’s at least one member of the Foobooz staff who’s now swearing by the “Big Mic” — a half-secret, Caviar-only menu item from Spot Burger. Go in this direction and you’ll barely even have to get off your couch.

Fried chicken for everyone (but especially for stoners)

Okay, I mean obviously it’s chicken wings, right? That’s where I come down in this age-old battle. And Philly can’t even really do chicken wings, but even with less-than-great wings, chicken wings > chicken tenders.

Want the best wings in the region though? Go to the Jug Handle Inn in Cinnaminson. They’ve won awards for their wings. People who know good wings from bad go out of their way to eat at the Jug Handle. There’s at least one member of the Foobooz staff who swears by this place, and he’s trustworthy. Most of the time, anyway.

As for the chicken tender contingent? They have less exacting standards. “Part of the great thing about chicken tenders is that they’re kind of hard to fuck up,” was one defense. And while that isn’t entirely true (I’ve had plenty of bad tenders), it does speak to the simplicity of the deep-fried, up-from-frozen tender culture that exists here.

Want something better? Head for Ms. Tootsie’s at Reading Terminal Market. Those are some solid chicken tenders. Even better? You can get as many as you want because you buy them by weight for putting on top of your salad.

See? A salad. Covered in deep-fried chicken tenders. And you thought everything on this list was going to be unhealthy…