Well, I guess it won't really be secret anymore... 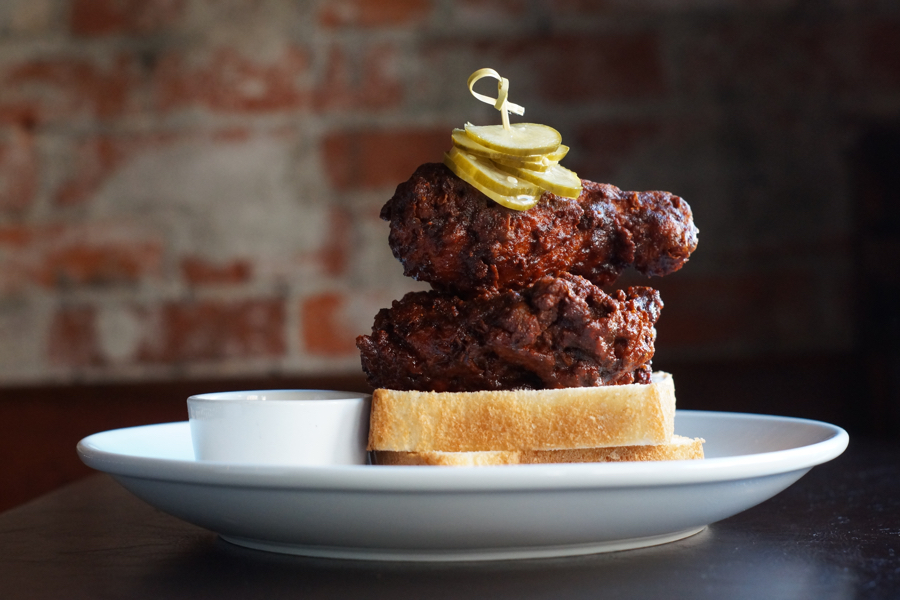 I mean, not for the people who don’t know about them. It sucks to be those people. But you? You’re a Foobooz reader, and you’re here so that you know about this kind of stuff. And sure, us talking about it kinda ruins the charm a little bit. But at the end of the day, at least you’ll know where to score yourself an off-menu, Nashville-style hot chicken sandwich, right?

In this case, said sandwich is coming from chef Justin Swain at Rex 1516. He’s a guy who has been perfecting his style of French-influenced Southern comfort food for some time now, and this chicken sandwich? It’s just the next logical step.

Yes, Philly had a hot chicken moment a while back. No, I’m not sure why he didn’t roll it out then. But Nashville hot chicken is awesome. And a lot of those early-adopters are gone now. So if you’re looking to scratch that itch for super-spicy, sweet and savory fried chicken on bread, this one is worth checking out.

You have to ask for it because it isn’t on the regular menu, but Swain’s version is $13 and comes with a fried leg and thigh, dripping with Nashville hot sauce and mounted on two pieces of Texas toast. The whole thing gets cooled out with a little Comeback sauce (a spiced remoulade just made for fried foods) and crowned with pickles (as is the tradition), and is worth seeking out.

The weather might be mild right now, but sooner or later, the real cold is gonna come. And when it does, you’ll be happy to have something to warm you from the inside out.