The Return of the Palm — and the Way We Lunch Now

In an era when steakhouses are out of fashion and power lunches are vestiges of the past, the Palm rises again. 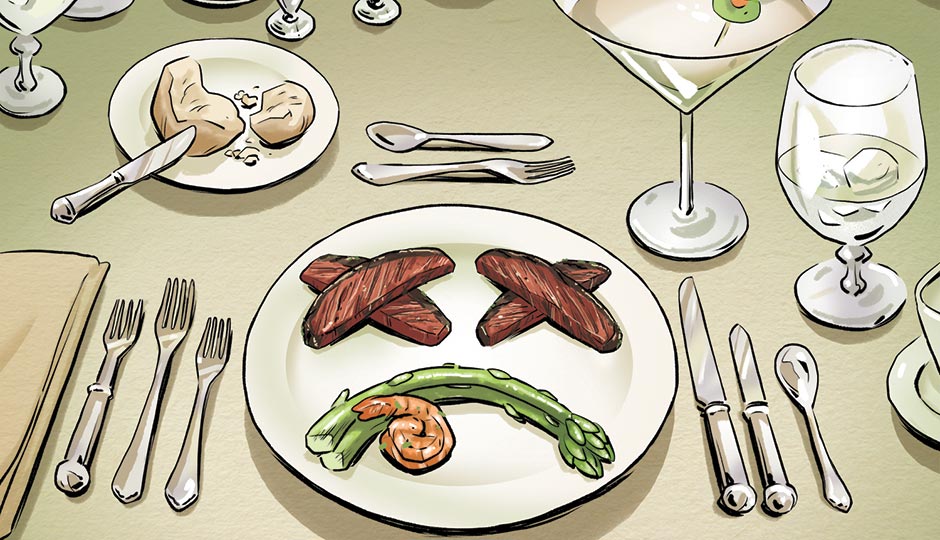 There was a time in Philadelphia when having a restaurant lunch was considered living large. Le Bec-Fin, Lacroix, the Fountain — lunching at a table draped in white meant something. Wines, steaks, an hour-plus experience: The power lunch was a sign of status.

But then it all shifted. When the table linens began to disappear, so did formality. Casual dining gained momentum, and Rouge and Parc became the new places to be seen. Fast-casual followed close behind. Now, going out to eat during the day has become downright ordinary. Accessible to the masses. And the power lunch? That was one of casual dining’s first victims. It was, suddenly, sort of lame.

Last year, when I heard the Palm was closing for a full 12 months for renovations, I assumed it would never reopen and that the announcement was just spin to buy some time while management regrouped. But then it happened. In July, the Palm somehow returned. It’s back on Broad Street, serving its three-course lunches of soup, chops and cheesecake to bigwigs in pinstripes. Not much has changed about the place. There are still caricatures on the walls, but now the chairs are leather, the bulbs are Edison, and the chicken in the parm is “certified sustainable.” At a recent visit, on a rainy Tuesday at lunch, the food and vibe were as they always were — fine. Expected. But it’s crowded. Really crowded.

There’s a functionality to it, I suppose. Politicians still need a place to make deals; head honchos still need a place to take clients; big clients are still dazzled by a fat steak lunch. It doesn’t get too loud at the Palm; the tables are spaced out just so. And management still treats regulars like titans.

The Palm is an extension of the C-suite, not for founders who have open offices with beer kegs.

It’s decidedly not for our new Philadelphia, the cool one the world has been reading about in national headlines. That Philadelphia expects better, healthier, cheaper and faster. But that’s okay. The two can co-exist: New Philadelphia, with its rock-star chefs and chic design, and Old Philadelphia, parading its new light fixtures like a balding man in a convertible. In fact, it’s good for context: to show how far we’ve come.

Published as “The Way We Lunch” in the November 2017 issue of Philadelphia magazine.