Their last day is this Sunday. 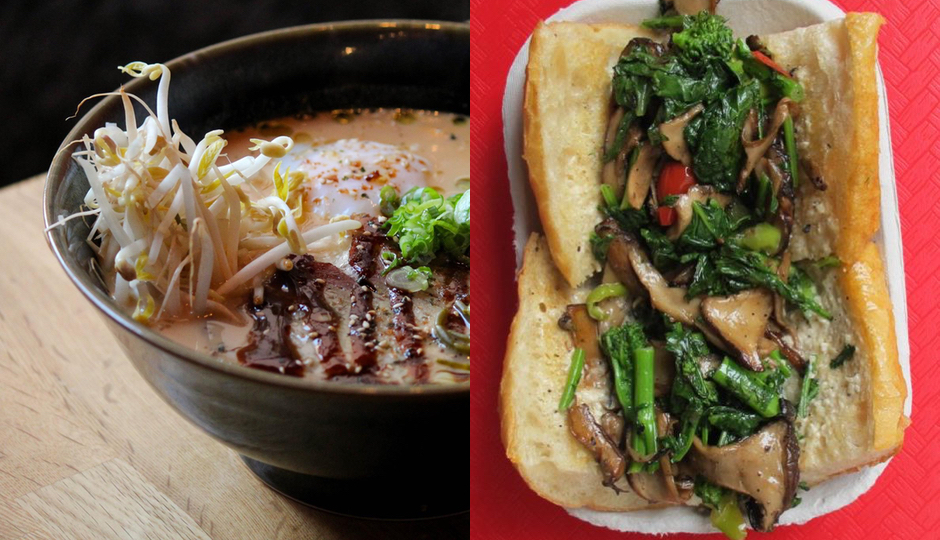 There’s no doubt that the Cheu brand is a winning concept. Shawn Darragh and Ben Puchowitz struck gold when they opened their inauthentic-by-design ramen bar in Washington Square West. In fact, it was the restaurant’s sheer popularity that attracted Whole Foods in the first place when it was still in the planning stages of its now-year-old Rodin Square location.

But Cheu isn’t exactly an easy operation to run, especially when the space wasn’t designed around the concept like it was in WashWest and, as of July, in Fishtown. Everything’s scratch-made on premises, which is a tough thing for a burn-and-turn quick-serve food stall.

So, today, the guys announced via Cheu’s Instagram that they’ll be closing their Whole Foods outpost for good on Sunday, October 22nd, because “operationally, it wasn’t a food fit.”

Here’s what that means:

“We’re control freaks,” said Darragh. “And when we don’t like something, we change it.” But the four food pods — also home to a second Dizengoff hummusiya, the first Wiz Kid, and Severino Pasta — were fixed in place from the get-go, and cooking everything in a small commissary kitchen all the way in the back of the building (“about half a football field away”) that they share with three other food outfits (plus a dishwashing station and storage) can get really crowded. Wheeling giant, 100-quart stock pots of hot soup through the busy aisles of Whole Foods isn’t exactly ideal, either.

“They tried everything. They spent a ton of money to make it work, but in the end, it just didn’t work.”

Update: Wiz Kid’s Rich Landau tells Foobooz that they, too, will be pulling out of Whole Foods (October 22nd will also be their last day in the market). Per Landau: “The layout is just not good. We’re located next to a Whole Foods in Washington, D.C., and in that one, each stall is self-contained with its own prepping station. All four of us cannot prep [in the Philly Whole Foods kitchen] at the same time. We’ve had several meetings with them, and they did what they could — which is why it lasted as long as it did. But at the end of the day, it’s basically a layout issue.”

“We’re grateful for the partnership of Cheu Noodle Bar and Wiz Kid and will continue to look for ways to collaborate with them in the future. We will have an announcement regarding our exciting new vendors for Restaurant Row soon.”