The KOP Wegmans Is Creating a Pop-Up Japanese Fish Market

See a whole bluefin tuna get broken down in-store this weekend. 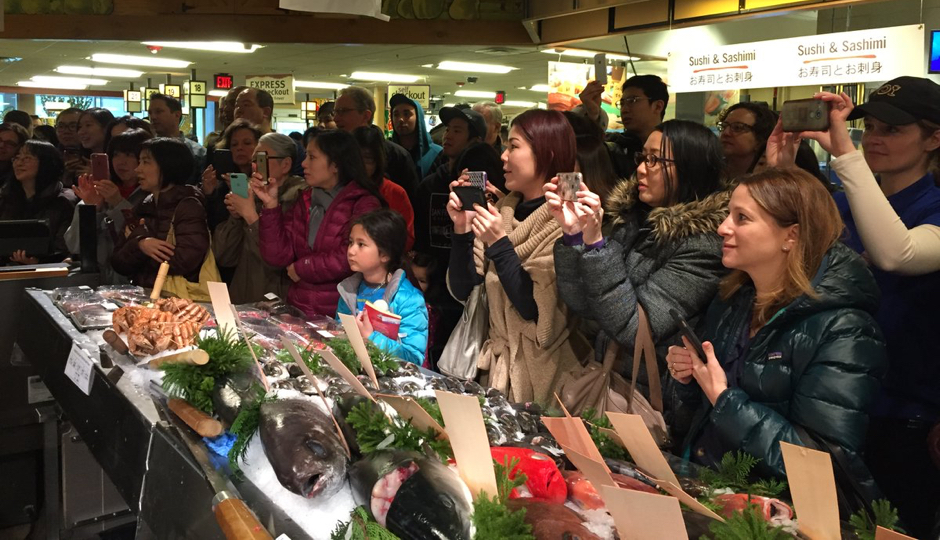 Japan’s Tsujiki Fish Market — the biggest in the world — is famous for its top-quality seafood and frenetic energy. And Wegmans is bringing that excitement to their King of Prussia store for this weekend’s Sushi Fest.

They’re transforming a section of the store normally dedicated to prepared foods into a mini fish market, with ice tables displaying exotic fresh fish that are being flown in specially for the event.

In addition to fun and games — the winner of a giant round of Rock Paper Scissors played in Japanese will win a free package of nakaochi, a highly-prized scrape of tuna from the bone — the event features a live Maguro no Kaitai, or whole tuna cutting, in which a whole farm-raised bluefin tuna is taken apart and filleted with a six-foot knife by master fish-cutters from Uoriki, Japan’s top fishmonger. Cuts are then available for customers to purchase. They’ll also auction off the toro, or fatty belly portion of the tuna, which is prized for its tenderness.

The fishy fun starts this Friday, September 15th, and Saturday, September 16th, when the mini fish market’s opening bell rings at 11 a.m., and goes until 7 p.m.