The cafe and roaster's space is a former auto repair shop. 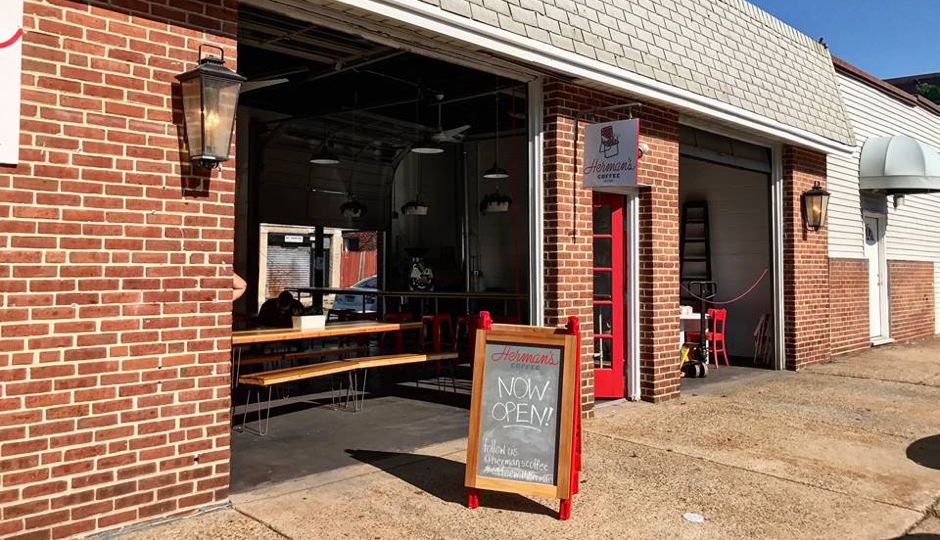 Proprietor Mat Falco, who opened the spot along with his girlfriend Amy Strauss, was inspired by his grandfather, the titular Herman, as well as past gigs as a barista. Herman would sit in his favorite lawn chair sipping coffee (or, later in the day, beer) in the garage. That chair — which also serves as the cafe’s logo — inspired its red and chrome aesthetic.