But we could've told you that. 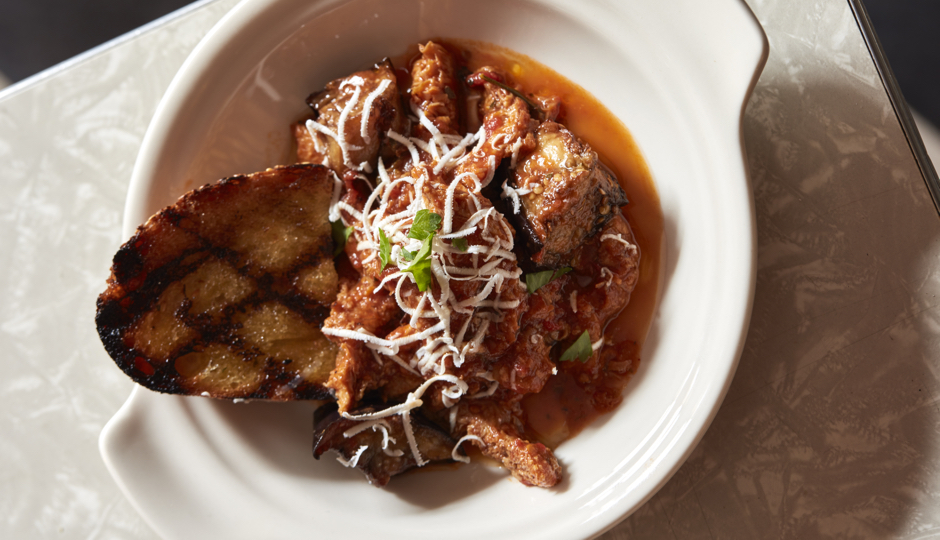 Did you hear it? That resounding “well DUH” that echoed around the city a little while ago? That was the Philly restaurant scene reacting to Bon Appétit’s announcement that Palizzi Social Club is one of the 10 best new restaurants in the country — number four, to be exact.

As we did, the folks at Bon Appétit dug the vintage feel of the former social club that Baldino inherited and transformed (minimally) into a top-notch red-sauce Italian spot that’s simultaneously of the moment while feeling like a century-old time capsule — because it pretty much is.

And Bon Appétit loves that about Palizzi: Editor Andrew Knowlton calls out the bread basket — a trio of grissini, sesame semolina rolls, and mozzarella-stuffed fritters served alongside marinara — and recommends the classic Caesar and spaghetti with blue crab. But the throwback decor and old-school vibe, from the faux wood paneling to the cigarette machine to the charming servers (hello, Delores), get just as much praise.

And he echoes what’s on all of our minds now that Palizzi — a members-only club that tops out at 10 walk-in memberships per night — has received this well-deserved accolade: how the hell will the food tourists that flocked to line up outside the likes of Pizzeria Beddia in recent years handle this one?