It's called Suraya, and it's going to be a big deal. 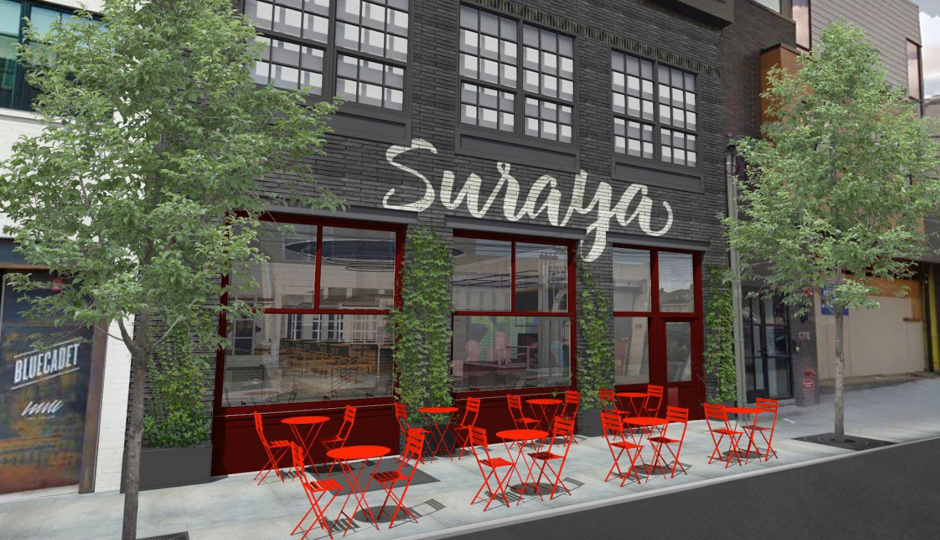 The team behind Fishtown’s restaurant and wine bar, ROOT, is doubling down on Frankford with an absolutely enormous three-headed monster of a concept called Suraya (say it “suh-RAY-ah”): part Lebanese restaurant, part Levantine market, part-outdoor garden inside a 10,000 sq. ft. space at 1528 Frankford Avenue.

Way back when, Stephen Starr and Aimee Olexy were supposed to take the space and turn it into a restaurant built around a garden, which was a pretty neat idea. But that fell through, so Greg Root, Nick Kennedy, and Nathalie Richan (who also owns the beloved NoLibs French/Middle Eastern bruncherie Café La Maude) stepped up to turn the enormous space into a restaurant, market and garden. Here’s how it’ll go down:

Think Middle Eastern bazaar meets all-day café. So, Suraya’s market will stock all sorts of imported spices, prepared foods, and produce, and a small café operation will put out some a la carte items and Stumptown coffee (plus wine, beer, and cocktails). It’ll be open this summer.

It’s giant: 125-seats with a 12-foot charcoal grill at the heart of its open kitchen. And while the menu will look primarily Lebanese (considering Richan’s Beirut-roots), it’ll incorporate all parts of the Levant region into its influence, so, dishes from Turkey, Syria, Iraq, Israel, Palestine and Egypt. Opening is slated for early-Fall 2017.

They’re calling it an “outdoor oasis” — an open-air garden/communal space (designed by Groundswell — the same people who did up Spruce Street Harbor Park and La Peg) in the restaurant’s backyard where you can sip on arak, dip some pita, and enjoy a cocktail or two. It should open around the same time as the dining room.