The Spanish wine bar and tapas restaurant has officially (and softly) opened.

This past Tuesday, South Philly’s long-in-the-making Spanish wine bar and restaurant, Barcelona, ever-so-quietly opened its doors at 1709 East Passyunk Avenue — the old Man’s Image space at the intersection of 12th and Morris Streets.

It’s in soft-opening-mode, meaning the restaurant’s hours are still a bit wonky. Right now, it’s dinnertime-only — the company’s marketing team tells me the staff wants the chance to feel out the neighborhood before it decides on an official schedule. 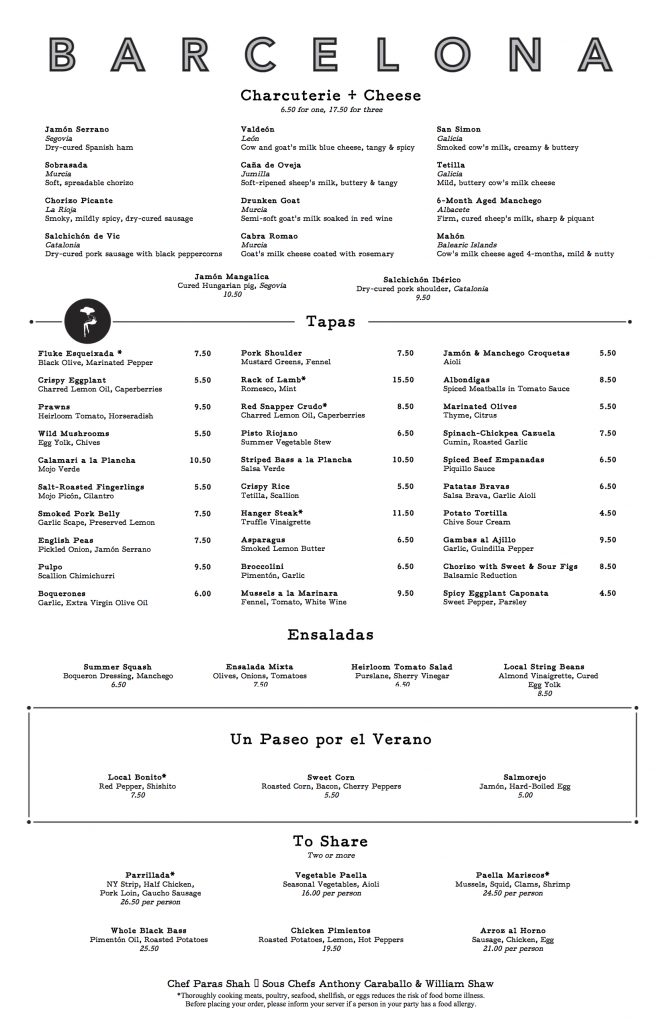 Does a Chain Wine Bar Mean the End of Cool for East Passyunk Avenue? [Foobooz]