Eat This Now: The Greatest Fried Potatoes You Will Ever Eat

The fried potato cake at Surfside West in Wildwood is (almost) worth driving to the shore for all by itself. 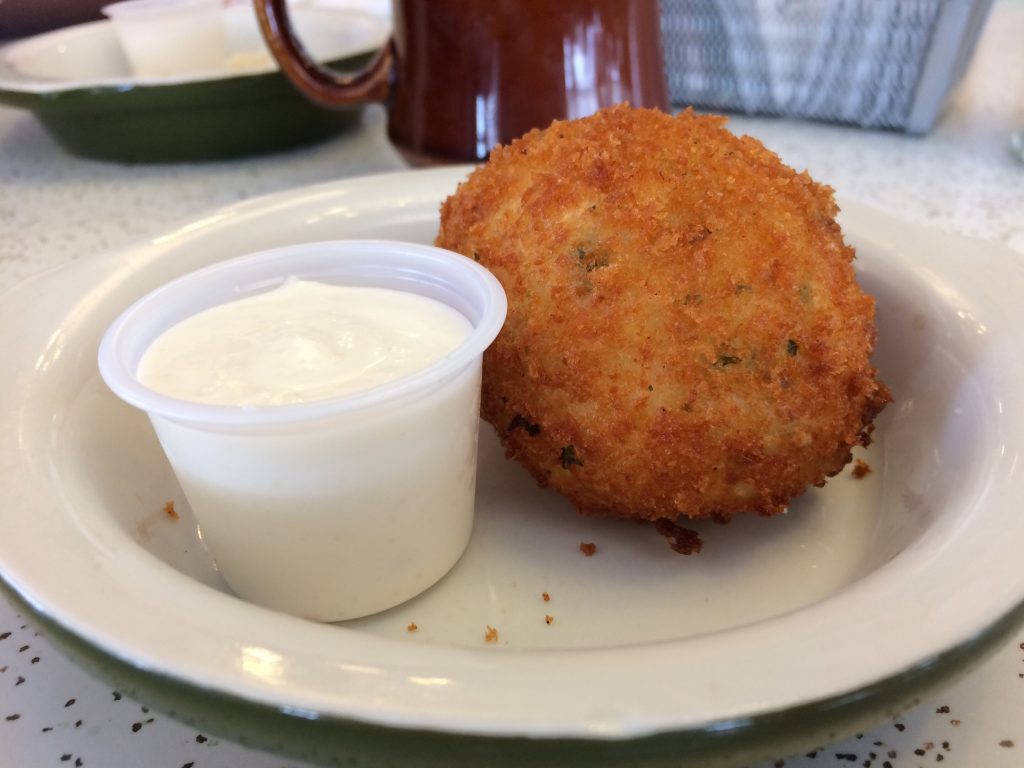 Fried potato cake from Surfside West in Wildwood (before)

The best things you find often come from the last place you expect them. They come from restaurants you’ve been going to for years — surprise flashes of genius from kitchens you thought you knew, fresh infusions of inspiration from new cooks on the job. Or from menus you don’t give any thought to until some waitress — some hero — points out the one dish you never noticed.

I was at Surfside West last week — my favorite of the weird little old school diners down the shore. And I’ve been there a dozen times, almost always order the same thing (challah French toast), rarely even glance at the menu anymore. But this last time, for no reason I can figure (other than fate, other than she was a messenger sent by the Junk Food Angel to speed me on my way), my waitress looked down at me and asked if I’d ever tried the fried potato cake.

I had not, and told her so. She told me I should order two. And she was absolutely right because this is what my plate looked like thirty seconds after the first one arrived. 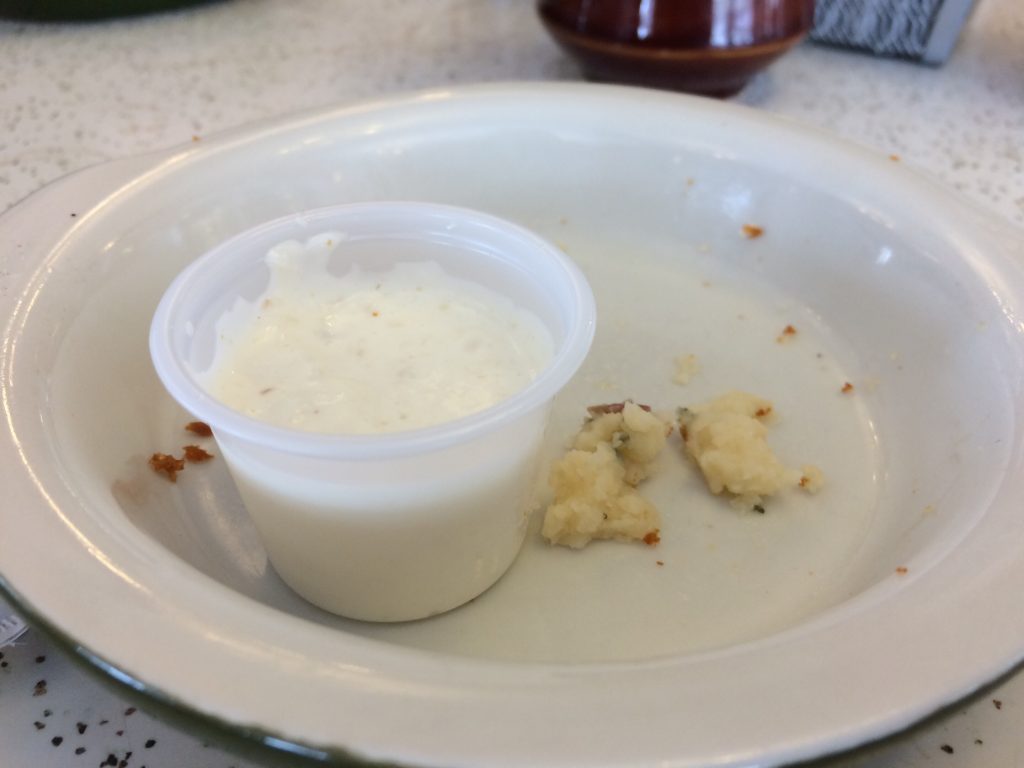 Potato cake from Surfside West in Wildwood (after)

The fried potato cake at the Surfside is nothing complex. It is soft, fluffy mashed potatoes, cut with crispy, fatty bits of chopped bacon (lardons, really, but that seems so fancy), formed into a ball, breaded and fried golden. It is served naked on the plate — confident in its excellence — with nothing but a side of horseradish cream sauce. One bite and I swear to you, you’ll just kind of black out for a minute from joy. And when you come to, the plate will be empty.

That’s why you should always order two. Because if that horseradish sauce is one of those things that you’ll remember in your dreams (so odd that they have it in this place, so strange that it comes combined with the potato cake, with a scrambled egg dish that is almost as good), the potato cake itself should have statues erected to it. It is one of the great hidden dishes in the area — a thing you would not think to order unless you were told to because it just sits there, unassuming, buried among the side dishes. But once you try it, you’ll crave it forever.

I know I do. Just thinking about it, I want two more. I’m looking at traffic and wondering whether or not a quick jaunt to Wildwood is worth it. I’m wondering how long I can hold out before I just have to go back.