Nick Elmi Is Opening Another Chef-Driven Bar in Old City

Our Top Chef winner is teaming up with bar-pros David Frank and Stephen Simons to open a new spot on 2nd Street. 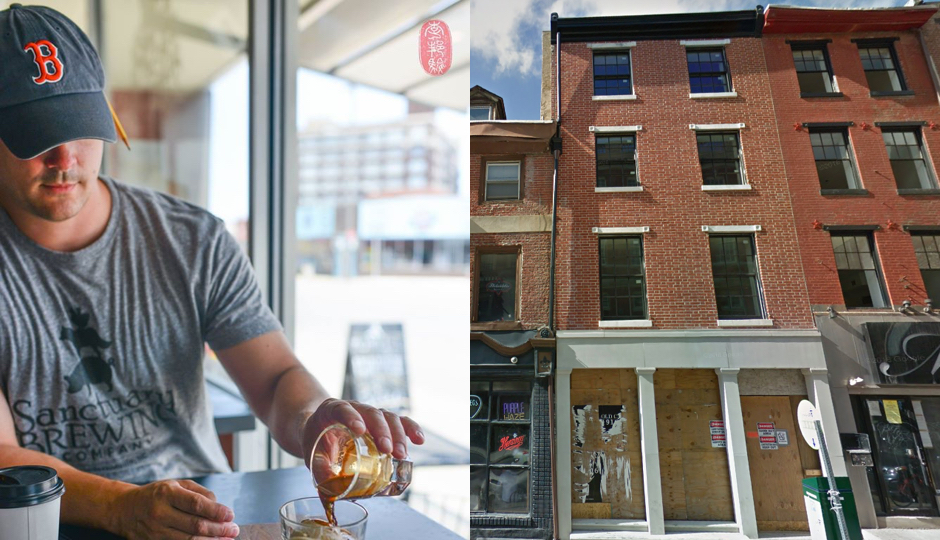 After his first hit restaurant, Laurel, Top Chef winner Nick Elmi chose to get into the bar game. He opened a sneaky-good cocktail and wine bar right next door to his intimate 22-seater called ITV and gave East Passyunk diners an elegant spot to snack on things like beef fat biscuits and caviar. And it’s great — the New York Times even singled it out in a feature piece with the likes of only three other restaurants (powerhouses): Kanella, Vedge, and Vernick.

Elmi — stir-crazed on East Passyunk or itching for a change of pace — has a new deal in the works in Old City at 52 South 2nd Street. And this time, he’s partnering up with a couple of familiar bar pros, Stephen Simons and David Frank.

Simons and Frank are the guys behind such crowd-pleasers as Khyber Pass Pub, the Cantinas in NoLibs and East Passyunk, Royal Tavern, and, most recently, Royal Sushi & Izakaya, their first real venture into the world of chef-driven bars. The success Jesse and Matt Ito had in their partnership with Simons and Frank convinced Elmi that a project between the three of them might work as well.

The new bar doesn’t have a name just yet, but the concept is all dreamt up. The kitchen will rock a big-time charcuterie program and a knock-out raw bar — “beautiful, simple food” as Elmi put it. His friend from the industry and chef de cuisine, Steven Forte, has plenty of experience in notable restaurants around Philly (Il Pittore, Dandelion, and Meritage) and the two of them are coming up with a casual, French-inflected (given Elmi’s unabated love of French cooking) American menu.

“I sometimes tend to take myself too seriously,” says Elmi. “[Simons and Frank] want fun and loud.” So the bar will be just that with a cocktail-heavy menu and diverse wine list (they drew their inspiration from their travels to New Orleans and Montreal).

Meg Rodgers — who helped with the build-out at its soon-to-be-neighbor High Street on Market — will be in charge of bringing to life the bar’s classic-cool interior design.

The opening is slated for late-summer, early fall. Stay tuned for the name.