The former Pub & Kitchen chef is putting his French culinary training to good use. 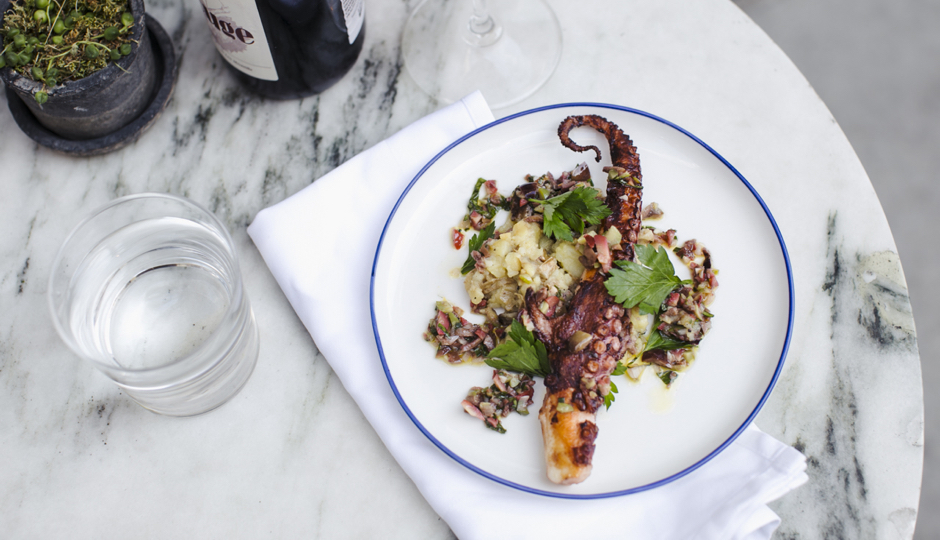 We announced last month that Eli Collins — formerly of Pub & Kitchen — would be making a move over to a.kitchen, the Best of Philly-lauded, wine-focused spot run by Ellen Yin and Eli Kulp’s High Street Hospitality Group.

Collins debuted his first menu, a seasonal, bistro-inspired roster informed by his time in French kitchens training under Daniel Boulud and Joël Antunes, over the weekend. Let’s take a look. 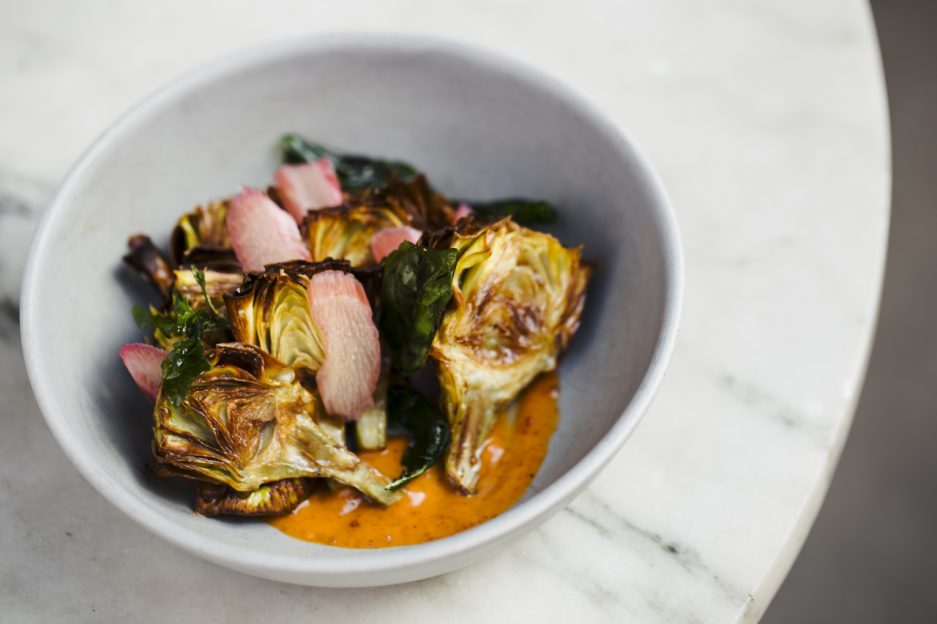 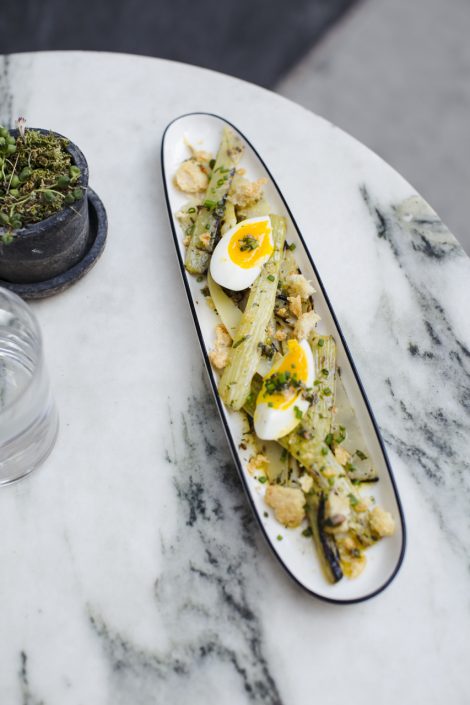 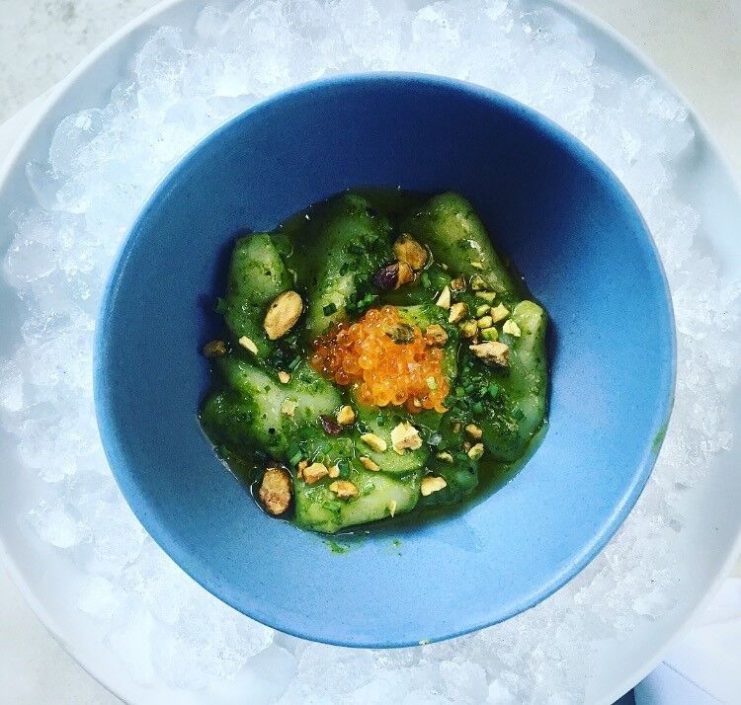 Collins centers his menu around seasonal produce, taking a cue from what’s growing on regional farms to create a rotating selection of veggie-forward dishes for the new “Of the Season” section. Appetizers, which include a selection of house-cured meats, give Collins the chance to show off his charcuterie chops.

Another new feature is the “A la Francaise” section of the menu, dishes for two that are meant to be shared. Collins takes a cue from France’s mountainous Pyrenees region, highlighting spring lamb four ways. These family-style dishes go best with a flight of three wines selected to match the regional inspiration of the entree.

Check out Collins’ new menu in full below. 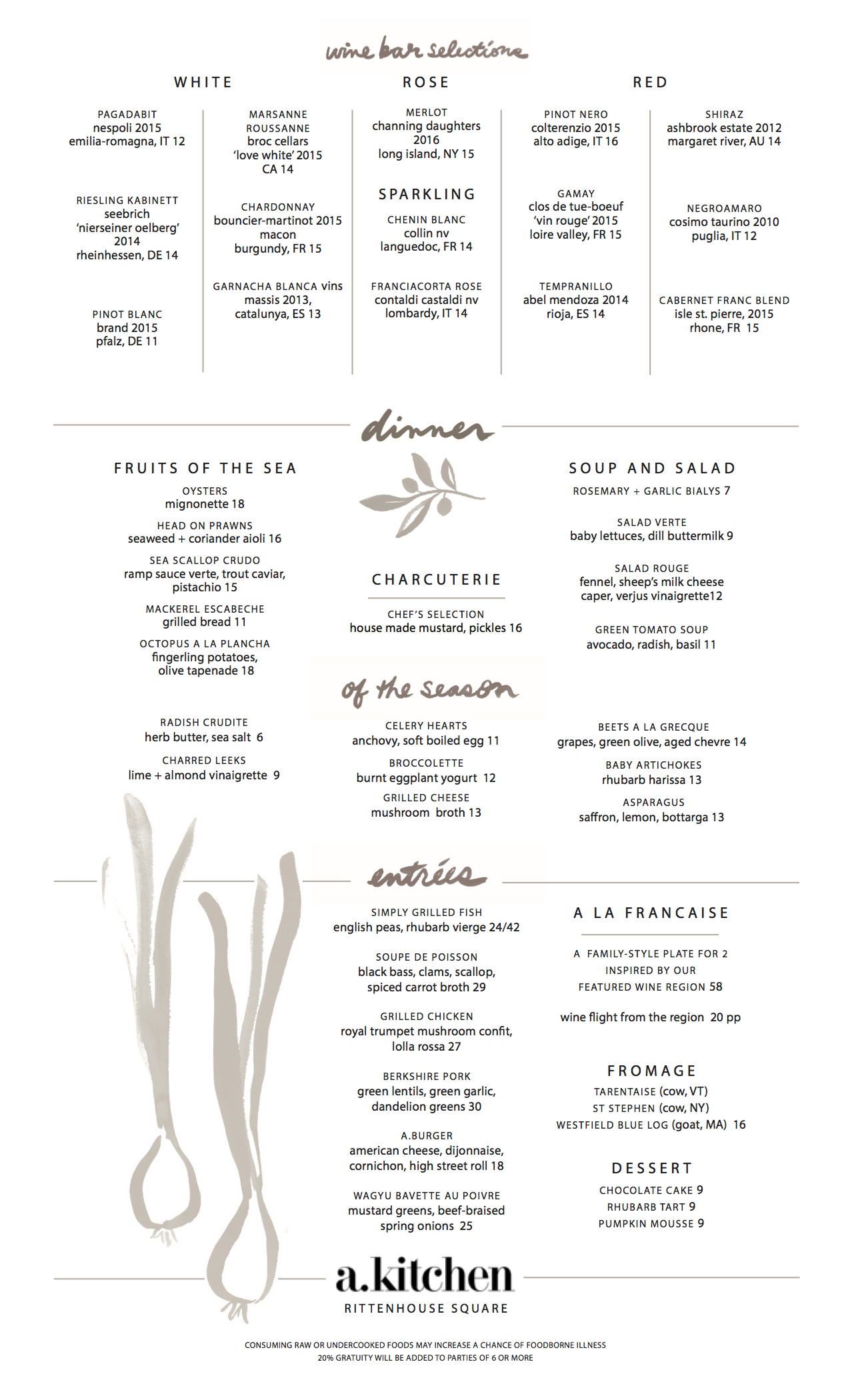