Meet Goldie, the latest from CookNSolo. 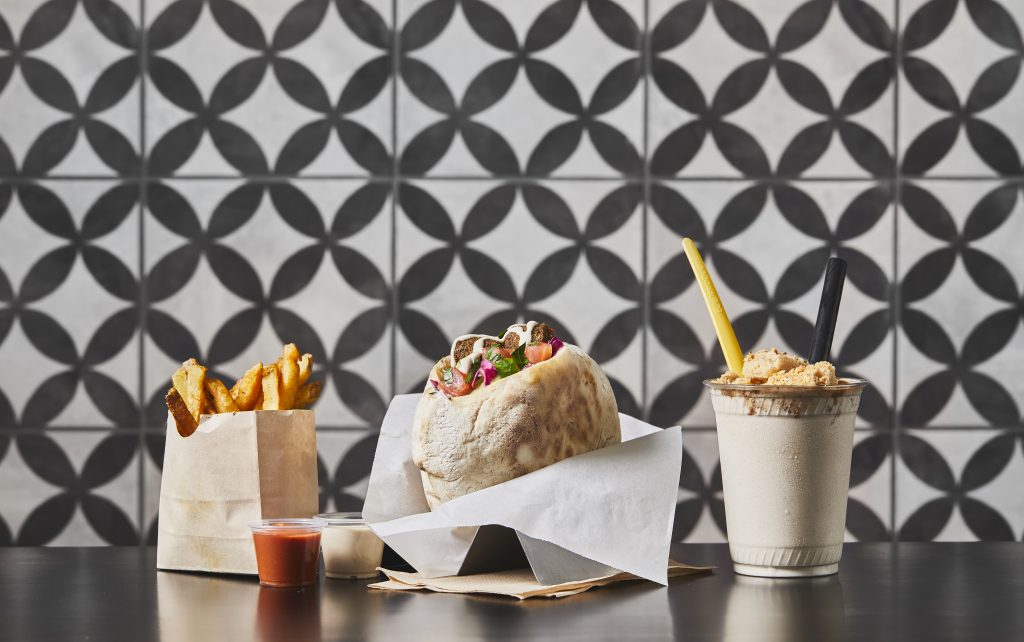 Michael Solomonov is making moves in 2017.

He and his partner Steve Cook just opened an impressively charitable luncheonette in Center City called Rooster Soup Co., last night was Solo’s documentary debut at the Ritz Five cinema, and yesterday, the team announced a new restaurant opening right above Rooster Soup Co.: Goldie, a vegan falafel shop, at 1526 Sansom Street. It opens today at 11 a.m., too, which is pretty crazy considering there was no lead-up media coverage whatsoever — easily one of the most hush-hush restaurant openings we’ve ever witnessed, especially by such a prolific restaurant group (Zahav, two Dizengoffs, Rooster Soup Co., and part of Federal Donuts).

Here’s everything you need to know:

The concept isn’t too involved, really: an “Israeli-style” falafel shop inspired by Solomonov’s journeys through the Levant. It’s 20-seats big and will be headed by CookNSolo-vet Caitlin McMillan who will stuff Dizengoff-baked pitas with La Boite-spiced falafel and all their fixings. The rest of it is just fries, vegan shakes (tehina-based), and drinks. There’s a dedicated retail wall, too, lined with Middle Eastern condiments and snacks, sour cherry juice, tea biscuits, Turkish coffee, and more. 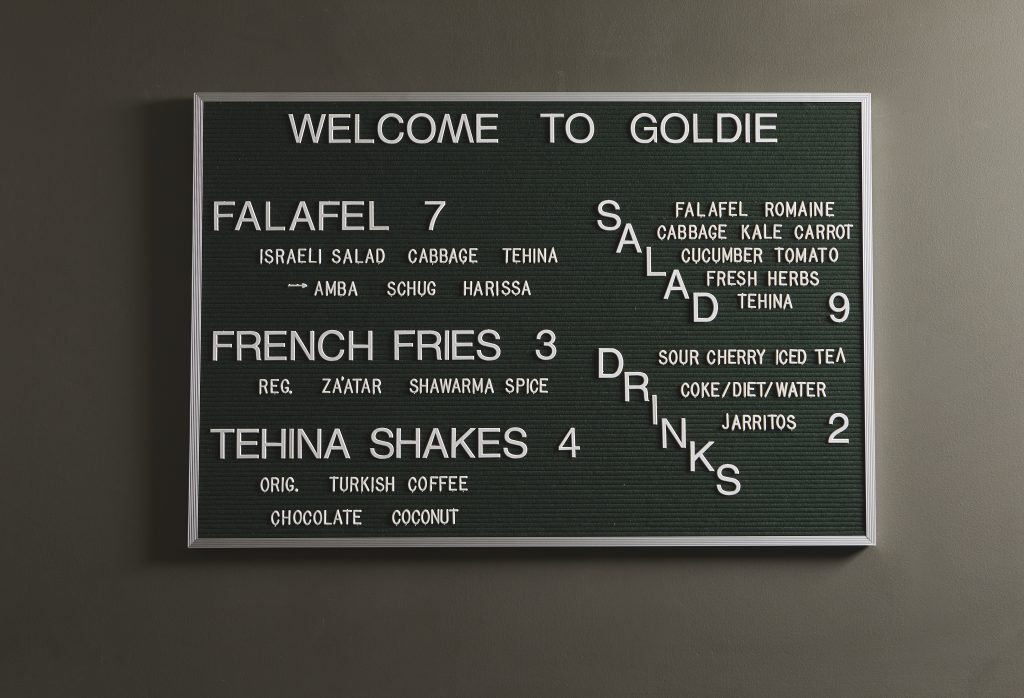