For the First Time Ever, Tria Gets Into the Cocktail Game

Tria Taproom will debut their draft cocktail line-up next week. 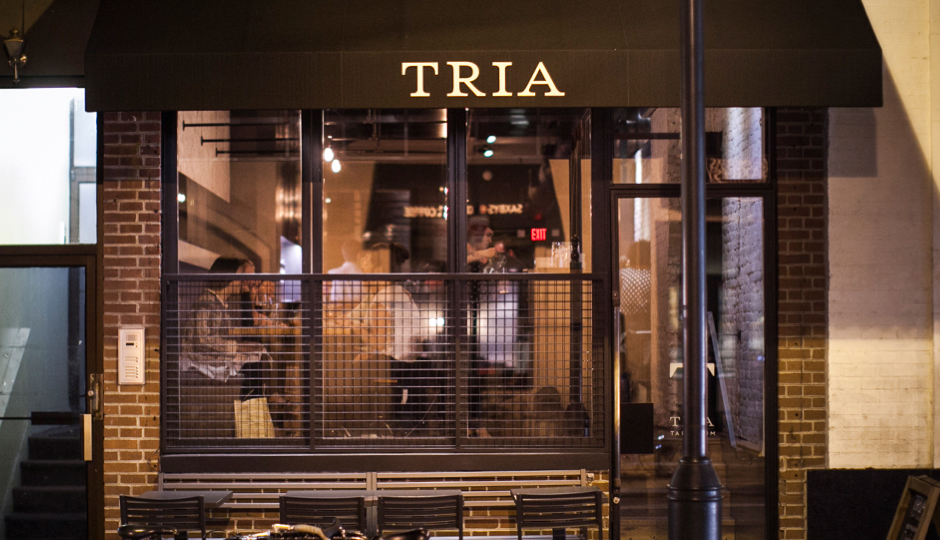 Tria is the type of restaurant where consistency matters above all else, consistency is its bread and butter. Service is always top. Wine and beer, too.

In fact, service, wine and beer is — and has always been — the foundation of the Tria concept at large. They’ve kept it simple like that, tinkering with it only a little by adding a beer-focused taproom in 2013 (which now pours some outstanding wine), and at the Fitler Square location, wine markets and wine cocoa.

But look at that, Tria Taproom is entering into an entirely new world. Cocktails.

On Tuesday, April 4th, Tria Taproom will launch a new line of cocktails, four of them, on draft. It’ll be the first time that any Tria has ever stocked liquor beyond wine and beer, and to celebrate, they’re bringing in a DJ and knocking a few bucks off all four drinks, from 5 p.m. until 8 p.m. Here’s the line-up: