It's going to be a bit before you can order your roast pork sandwich with spinach again. 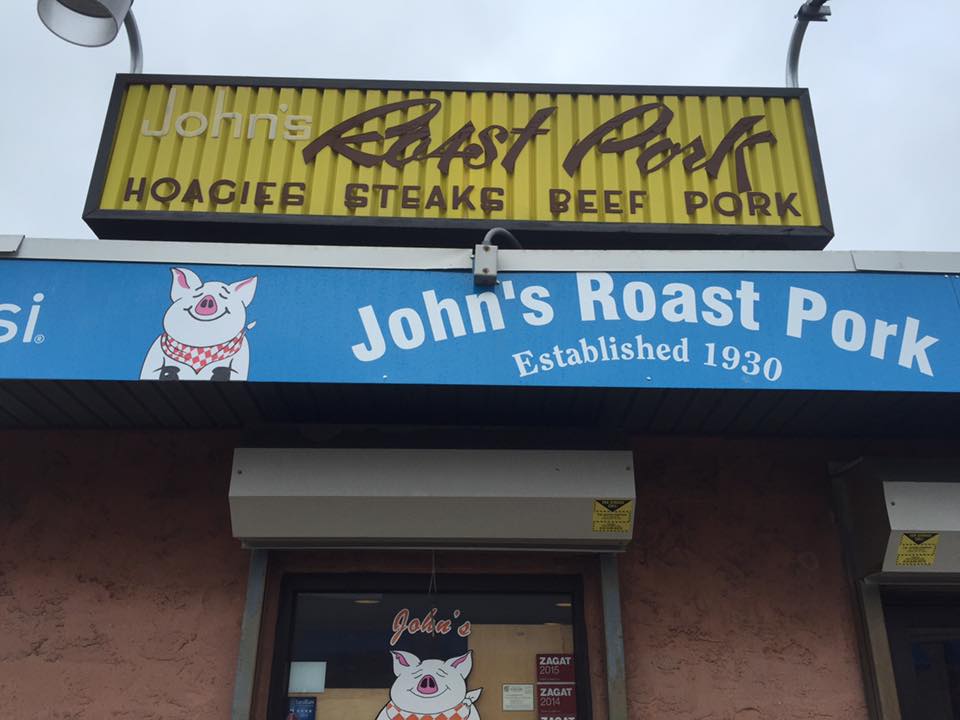 South Philly cheesesteak and roast pork institution John’s Roast Pork was forced to shut down today after being burgled of thousands in cash, plus an envelope containing $1,500 set aside for a charity near-and-dear to the owner’s heart.

Last night, a thief — or thieves, presumably — pulled a stunt straight out of Ocean’s Eleven, cutting security camera wires, squeezing through exhaust ducts, and climbing escape ropes. Owner John Bucci told Billy Penn that the stolen cash box not only held over $5,000 in cash, but an additional $1,500 donation put aside for Be The Match, a charity organization that manages the world’s largest and most diverse bone marrow registry — the same organization that saved Bucci’s life 10 years ago when he was diagnosed with Leukemia. The envelope was scheduled to be picked up yesterday.

So, what could’ve been a very lucrative Friday for both the Bucci family and Be The Match, plus a tasty one for cheesesteak-lovers, is now a battle against time to get the shop up and running once again. Bucci said he hopes to be open by tomorrow, which would be great considering the impending warm weather and John’s seating situation (exclusively outdoors) — if not, Monday at the latest.

Want to help out? You can donate to Be The Match here, and if you’re hungry this weekend, consider a visit to John’s Roast Pork. Make sure to check its Facebook page for updates before you go.

Oh, and if you’re running low on bread at home, the shop’s stock of kaiser and torpedo rolls are up for grabs outside since they won’t be fresh by the time he reopens.

In an act of cheesesteak comradery and brotherly love, Frank Olivieri of Pat’s Steaks and Adam Spivak of the Electric Factory gifted Bucci with two $1,500 checks.