David Fierabend of Groundswell Design Group has become one of our favorite people. He and his company were behind the Pennsylvania Horticultural Society’s Pop-Up Garden from last summer that we just can’t stop praising. His company is also responsible for the landscape architecture at Morgan’s Pier, Talula’s Garden and the Waterfront Winterfest.

An impressive list but that’s nothing compared to the projects they have planned.

Groundswell has been hired to transform the 13,000 square feet of concrete that surrounds the Dow Building at 6th and Market into a beer garden with food by Sampan’s Michael Schulson. The Independence Beer Garden will include rustic pergolas, lush gardens and large shade trees along 6th Street. The beer garden is aiming to open by Independence Day.

The design firm is also designing the new PS & Co. (Pure Sweets) storefront that is opening at 1706 Locust Street this April. The menu will focus on gluten-free, vegan and organic food and beverages.

On the riverfront, Groundswell has three projects. The FringeArts building will benefit from Fierabend’s abilities as he designs the plaza and restaurant spaces. Across Delaware Avenue, Groundswell, Live Nation and the Delaware River Waterfront Corporation are coming together to amp up the Festival Pier. Instead of just a baking asphalt lot, the new Festival Pier will bring the beach to Philadelphia, complete with sand, volleyball and of course, music. And then later in the summer, Art Place will reimagine the Penns Landing marina with water gardens, waterfront dunes, lounge chairs and boardwalks. The placemaking event will also feature summer food and a bar on a  barge.

As if that weren’t enough, Groundswell is teaming up with the Pennsylvania Horticultural Society again to bring a PHS Pop Up at Penn Plaza (across from City Hall, between 15th and 16th Streets). They are also creating a pop up public space near the food trucks at 33rd and Arch on Drexel’s campus that will provide lunchers a place to sit and eat. 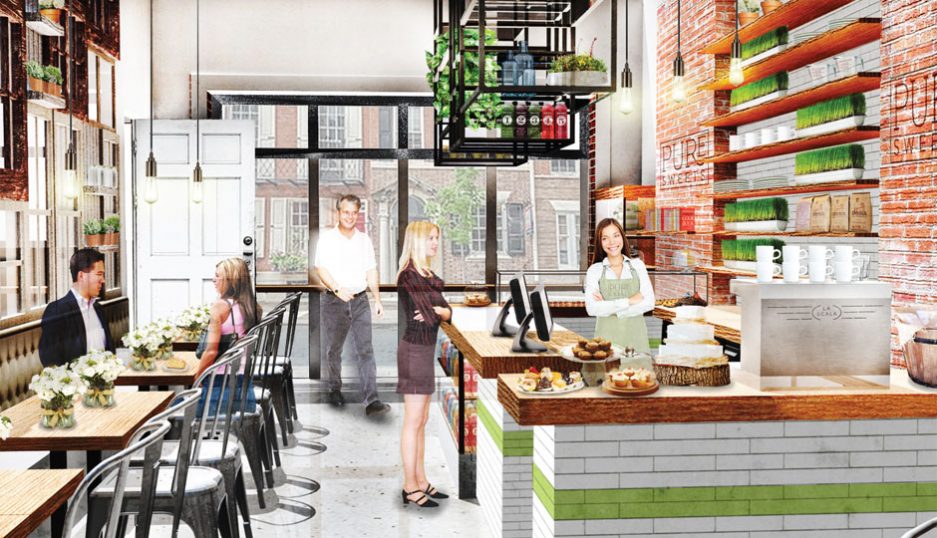 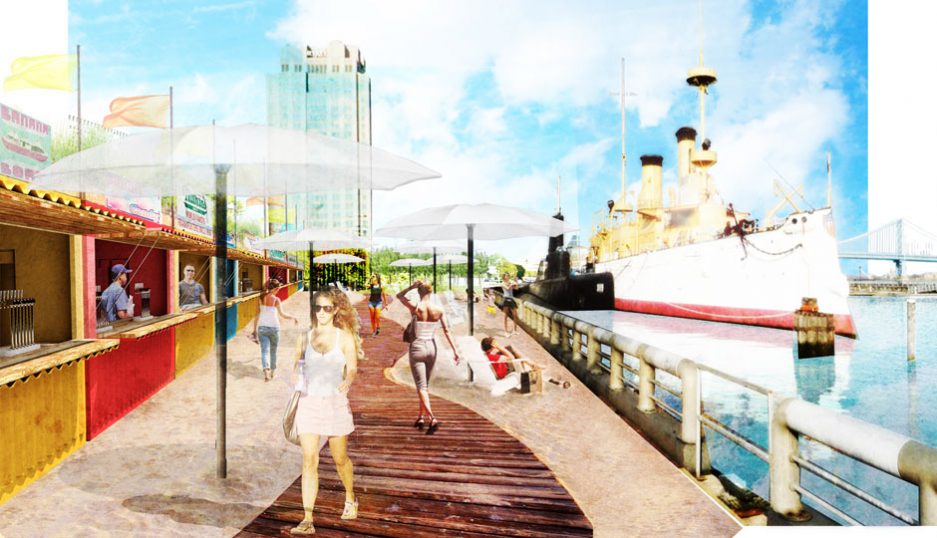 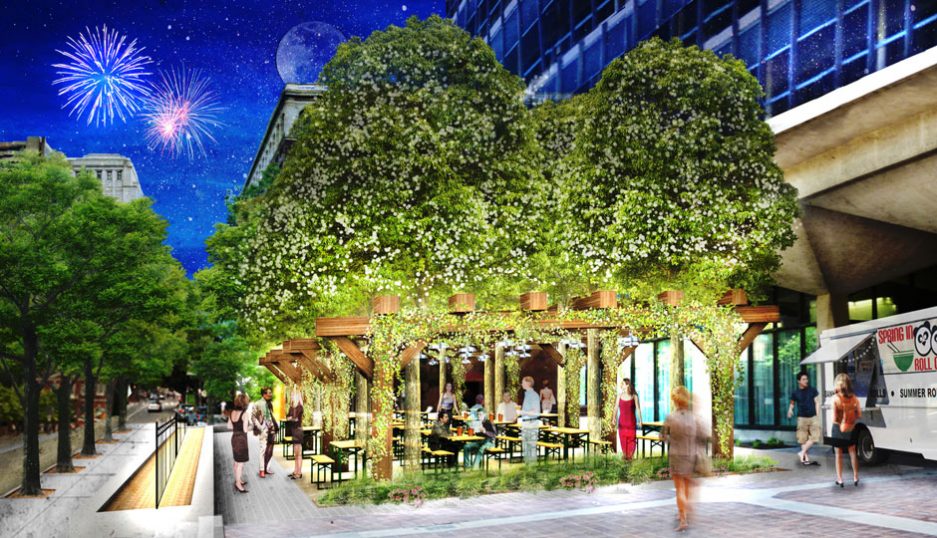 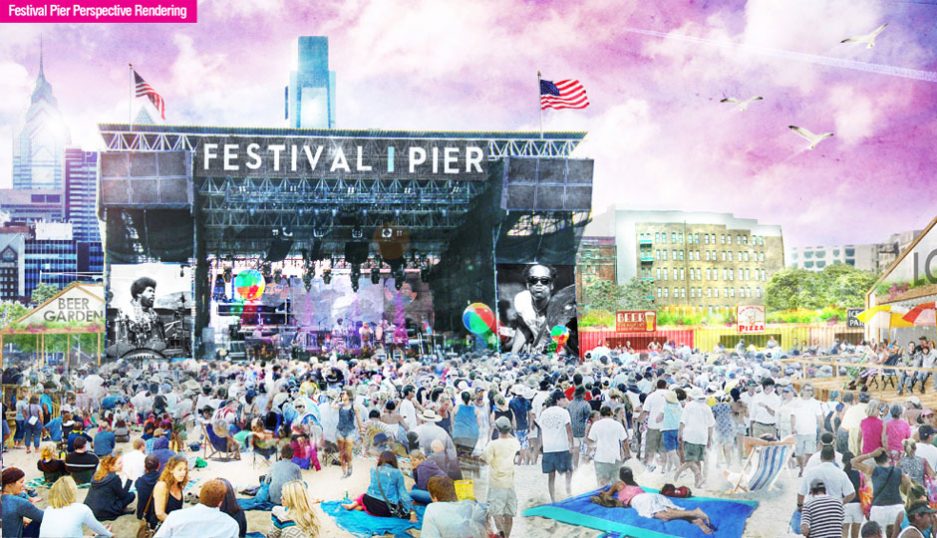 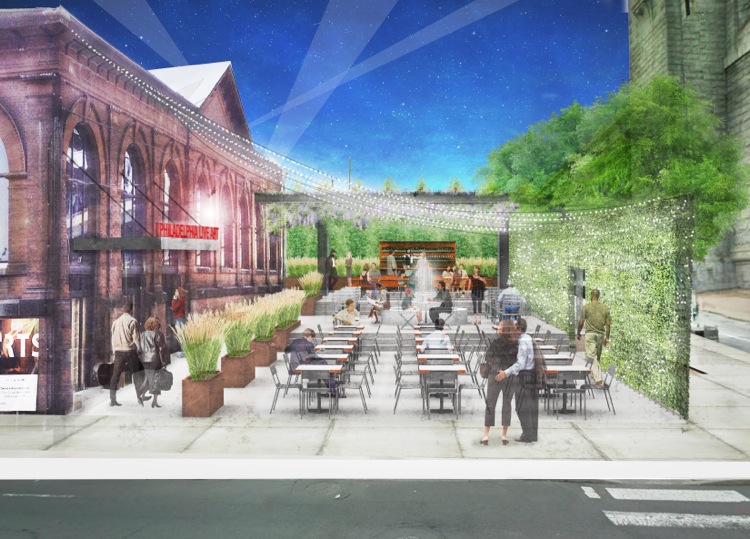