With serious snow on the way, a look back at two massive blizzards in the city’s history. 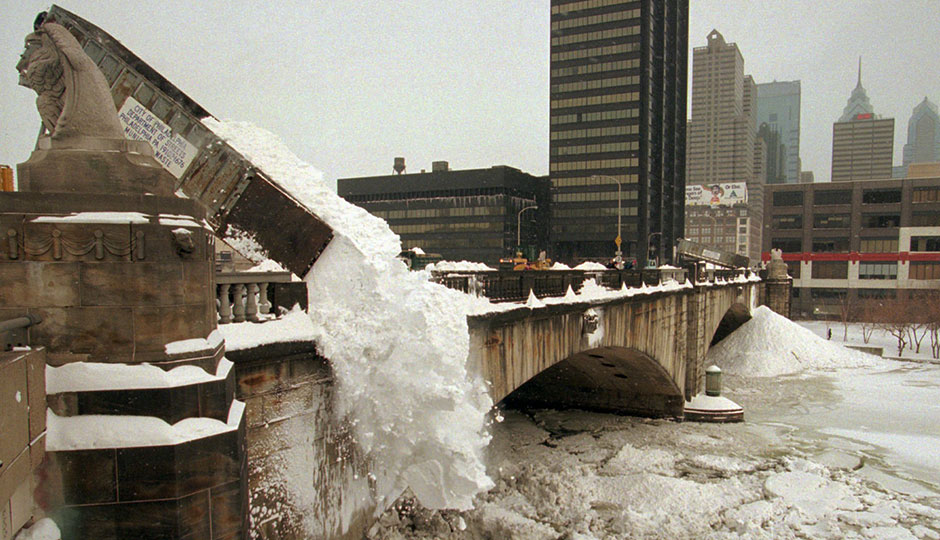 A truck dumps snow into the Schuylkill after the Blizzard of 1996. | Photo: Nanine Hartzenbusch

Snow is on the way. We could get around a foot of snow from tonight into tomorrow, and no doubt the local news (non-stuffed bunny division) will be at its peak for the next few days.

It seems kind of odd we’re having a snowstorm in March, especially because we had several 70-degree days in February. But March snowstorms are nothing new for Philadelphia.

It was mid-March in 1993 when the Storm of the Century hit. The Blizzard of ’93 dumped a foot of snow in Philadelphia — then the largest March snowfall in a 24-hour period in the city’s recorded history.

It was a massive storm, killing 310 people and causing $6.6 to $11 billion in damage on the East Coast. The polar, Pacific, and subtropical jets combined, causing winds in excess of 170 miles per hour.

In Philadelphia, school was closed for a week. (I was 10. I will never forget a week playing in the snow. Kids in the Northeast had massive, 100-person snowball fights.)

There was so much snow the city dumped snow into the rivers rather than have piles dumped across the city, which helped cause massive flooding when higher temperatures a week or two later caused snow to melt.

These old storms are something to keep in mind as you likely trudge through the snow this week: It won’t be as bad as it was during these two storms.