Here’s How Women Will Change the Workplace in 2020

According to these five predictions, including officially killing the advice that women "lean in," the fight for equity at work is only gaining steam. 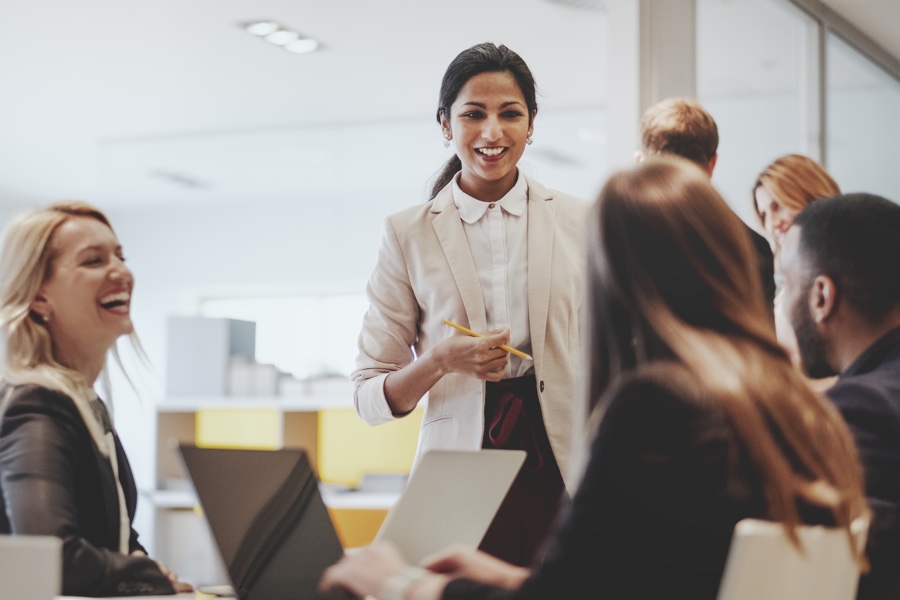 2019 was a big year: We saw women take center stage, riding the wave of both the #MeToo movement and the Time’s Up campaign. And while the media amplified the message, it wasn’t just magazine covers and newspaper headlines shaping the discourse. Women raised their voices together to create a massive shift in consciousness — highlighting how we think about workplace interactions, basic respect and fairness, and power.

So, what is the world going to look like for women as we move further into 2020? Will last year’s momentum slow down or speed up? Here are my five predictions for the upcoming year.

Women’s Voices Will Be Angrier, Louder and More Forceful

The #MeToo movement was just the beginning, and it served an important purpose: It revealed what has been under the surface for too long.

The crimes and inexcusable acts that came to the forefront are things women have been speaking about and experiencing for ages, but it’s only now that the issue gained a huge public spotlight that the masses (including men) have started to listen.

That’s why I believe women’s voices are about to get even louder, more assertive, and hopefully more heard in 2020. And it won’t be in an adorably restrained, socially acceptable and prim way. After all, there’s a reason that books like Rage Becomes Her, Good and Mad, and Eloquent Rage struck a major nerve with the public.

It’s no secret that workplaces have gotten more uncomfortable in the wake of all the workplace harassment news. Men have had the veil ripped off on how their female peers perceive certain actions and words. In fact, one study published this year revealed that 60 percent of male managers are uncomfortable participating in a common work activity with a woman, such as mentoring, working alone, or socializing together. The result? Men are being more cautious in the workplace and distancing themselves from women, something I’ve tackled before.

I think this will continue to happen in 2020, but only because we’re entering the next phase of this societal revelation: real discussion.

My hope is that more and more, this awkwardness and uncertainty around what behaviors and language are appropriate will finally open up the workplaces to courageous conversations and to truthful, gritty questions both on a macro level for workplaces, but also on a micro level for peer-to-peer relationships where it’s needed just as much.

On the heels of Gabrielle Union’s exit from America’s Got Talent, following reported offensive incidents, I believe more and more women are going to stand up and walk out of toxic work cultures — publicly. Remember Google’s 20,000-person walkout in protest of the company’s handling of sexual-harassment allegations? How about Riot Games staff members who walked out after sexism lawsuits resulted in forced arbitration?

We’ve already seen institutions place more attention on these situations, but my advice to senior leaders and employers is simply still to care more. We’re finally starting to see greater outrage regarding ignorant, intolerant, and downright dangerous work environments among some, but if you’re a leader, now’s your time to find and demonstrate your sense of urgency.

2020 will bring a new wave of women not only leaving toxic work situations but leaving them loudly. If history shows us anything, the only way to create the wave of change and reformation necessary to destroy these behaviors is to call them out in a public forum and share the inconvenient ugly truth.

When’s the last time you felt like your company leadership was completely open and forthright with you? Or that you had a totally transparent read on a company’s culture before joining it? A whopping 71 percent of employees think employers should do a better job of increasing workplace transparency. Furthering that research by Gartner, the uptick in “rate my company” sites like Glassdoor, Fairygodboss and InHerSight signals a future where we’ll have more information on employers and workplaces.

For women, in particular, I see this as a great thing. After all, transparency – being open about everything from pay philosophies, to decision-making, to company turmoil – is about sharing power. Even so, uneven promotion practices and salary inequalities have hurt women’s advancement and have even thrived largely due to a lack of transparency. Workers are going to put more pressure on companies than ever to tell the truth, share what’s behind the curtain, and treat people like adults.

When it comes to the employer-employee contract, power is shifting. And for women, that’s essential to making the workplace more aware and fair.

Gone are the days of the “lean in” mentality — it’s time for action from the top and women know it. We’re going to see a rise in women pushing back against policies and culture that hinder female progress. There will also be backlash against those who continue to tell women to “fix themselves” and behave just like men, conveying that women are somehow weak-minded or not suited for leadership. Just consider the recent scandal at Ernst & Young where female empowerment training insisted women have “pancake brains.”

In addition, there will be more pressure on companies to remove the norms, practices and outdated policies that make it difficult for women to obtain leadership positions (especially limitations like many current family-leave policies).