Now is not the time to back away from the women in your office. It is time to join the conversation. 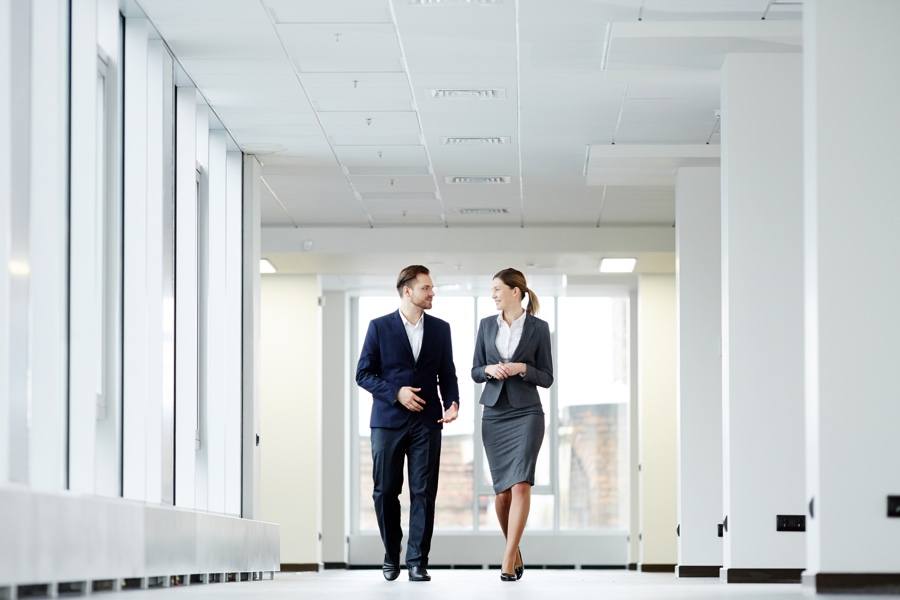 “I used to take every new hire in our business unit out to lunch. It was my go-to welcome,” a white male division president once told me. “But, given how easily things can be misinterpreted today with women, I’ve stopped doing it altogether.”

A little piece of my heart broke when I heard that. While this privileged man wanted to connect with his new hires, he calculated that the risk of a potential allegation mattered more than extending his clout to others.

Unfortunately, this fear has become too common. In March 2017, The Washington Post reported that U.S. Vice President Mike Pence never dines alone with a woman other than his wife, giving rise to what’s known today as the “Mike Pence rule.” Many men have fallen into the habit, which involves actively avoiding one-on-one contact with women at work.

That is not just my observation. According to a study published by LeanIn and SurveyMonkey this year, 60 percent of male managers are uncomfortable participating in a common work activity with a woman, such as mentoring, working alone, or socializing together. That’s a 32 percent jump from the year before.

When men avoid women, it may cut off all potential for a sexual harassment allegation, and it definitely cuts off the opportunity to truly connect with women in the workplace, to learn their goals and ideas and get their best contributions. Believe it or not, leaving out women can actually increase your chance of being hit with a gender discrimination lawsuit. Avoidance severs women’s access to the most powerful bench of leaders today: men.

Here are three ways men can step back into the conversation, as women continue to climb in their careers.

I remember delivering a keynote at a women’s conference last fall and being shocked that a quarter of the audience was made up of men. Many of my clients, after all, struggle to get men involved in women’s networking activities. So what gives?

Behavioral scientist Matt Walleart and his team conducted research on gender-focused events, surveying attendees and those who did not attend. He found that a whopping 40 percent of men who attended these events went because someone invited them.

This is important for several reasons. First, the research shows that there are men who are willing to join the discussion about gender equality. Second, some men are looking for confirmation that they are welcome at the table.

Walleart and his team also discovered that 18 percent of male attendees were more likely to attend if there was at least one male speaker on the program. As the gender equality discussion expands, it’s important that men see women on the stage sharing their expertise. But, it’s also important that male speakers are included in these events, too. In short, men want to know that they are wanted at these events and getting them to join the discussion is how real change ensues.

2. Employers, stop being opaque about your expectations

As men pull away from mentoring women, we need employers to act.

LeanIn cited in its survey that a startling 49 percent of employees surveyed said their companies have done nothing in response to the MeToo movement, in terms of education or company policy.

We need employers to be explicit, especially with executives and managers, about how to interact and mentor women in constructive ways. I’m talking about holding roundtable discussions and candid educational sessions about gender-equal behavior.

When I facilitate sessions for male allies, I keep them scenario-based. By using common, everyday situations as a foundation for learning, everyone gets a clear idea of how to interact on a professional basis that avoids accusations, miscommunication, and uncomfortable situations.

Just keep in mind that none of us can evolve (or put gender misconceptions to rest) if we’re stuck, isolated, or circumventing the situation.

3. Women, have tough conversations with the men in your life

All of these actions are great for the workplace, but I’d argue that it is equally important for women to have deep conversations with the men in their personal lives.

So much of real change starts with making an abstract concept real to someone. Women, this change starts at home with the men you love. Are you talking to your husband, your brother, and your dad about the moments you’ve been diminished, undermined, or passed over as a woman? How about your male friends and colleagues?

Encourage them to join the conversation and do their part to raise other women up. Invite them to ask you questions, to clear up their misconceptions and understand your experiences with discrimination or harassment.

Equality isn’t just built in Congress or the courtroom. It’s built in conference rooms and homes, and through everyday conversations. The harsh truth of the matter is that our society has work to do. We can’t do that work by fumbling our way through the dark. We need men to do their part to help women advance their careers. Remember, women want to be treated with respect, to be given access to the knowledge and resources that others have. We don’t need to be treated differently than everyone else.

Selena Rezvani teaches women at all levels to self-advocate and negotiate like a boss. She consults to employers on how to make work truly “work” for women by architecting workplace assessments and culture change. She’s the author of Pushback: How Smart Women Ask—and Stand Up—for What They Want and is based in Philadelphia. www.SelenaRezvani.com Follow her @SelenaRezvani.