Join BizPhilly for a Talk With Serial Entrepreneur Osagie Imasogie

On December 3rd, the PIPV Capital co-founder and managing partner will join us for a conversation about attracting capital to Philly’s startup ecosystem. 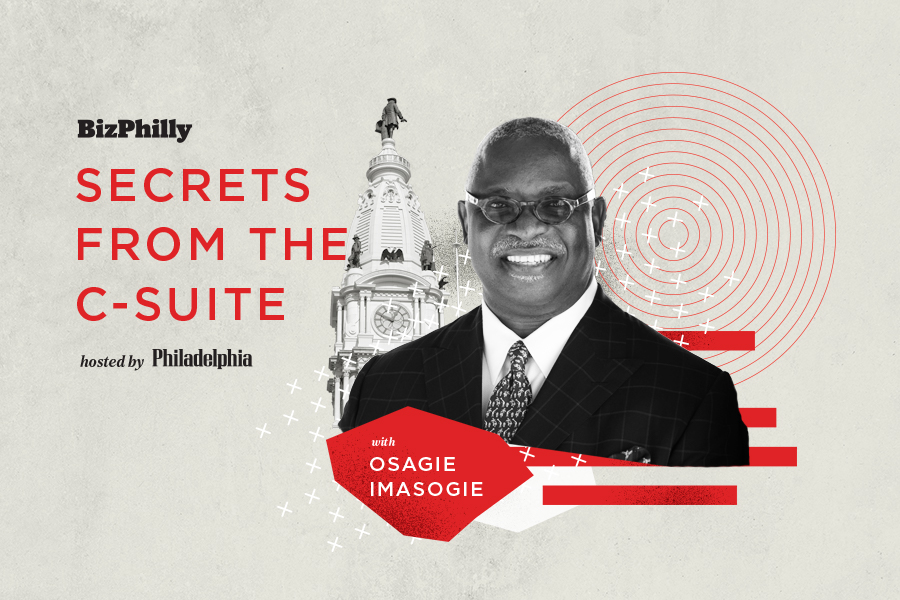 Osagie Imasogie for Secrets From the C-Suite

Next month, BizPhilly will present the third installment of Secrets From the C-Suite, the Philadelphia magazine event series that hosts leading local executives for real-time conversation about leadership and innovation.

On Tuesday December 3rd, longtime serial entrepreneur and PIPV Capital co-founder and managing partner Osagie Imasogie will join me on stage at the Fitler Club ballroom to talk about his journey from lawyer and consultant to life science entrepreneur and venture capitalist. Most importantly, Imasogie will give us his outlook on capital in the region, and what we can do to attract more of it. Tickets for the event are on sale now and can be purchased here.

The Philadelphia Alliance for Capital and Technologies (PACT) released its yearly venture report early this year and found Philadelphia to be among the nation’s top ten regions for venture activity, with $1.4 billion in venture capital invested across 194 deals in 2018. The life sciences sector brought in the most funding, powered by groundbreaking deals in cell and gene therapy.

Imasogie has over 30 years of experience in law, finance, business management, healthcare and the pharmaceutical industry. He is a co-founder and the senior managing partner of PIPV Capital, a private equity firm that is focused on the life sciences industry. Prior to co-founding PIPV Capital, Imasogie conceptualized and established GlaxoSmithKline Ventures and was its founding vice president.

Imasogie has held senior legal, commercial and R&D positions within pharmaceutical companies such as GSK, SmithKline, DuPont Merck and Endo. Imasogie has also been a Price Waterhouse corporate finance partner as well as an attorney with a leading U.S. law firm.

Imasogie is a serial entrepreneur and investor. He serves as chairman and founder of Ilera Therapeutics and a number of other pharmaceutical and biotech companies. In addition, he serves on the Board of several financial institutions such as FS-KKR (NYSE: FSK), Haverford Trust and StoneRidge Investments. Imasogie is an adjunct professor of law at the University of Pennsylvania Law School and a member of the law school’s Board of Overseers. Imasogie is also a member of the Board of Trustees of the University of Pennsylvania.

The morning will begin with a networking breakfast at 8:15 a.m., and at 9.a.m., the hour-long fireside chat will begin. More networking will follow the talk for a half hour.

To learn more about the event and to buy a ticket, click here.