I Love My Job: REC Philly Duo Dave Silver and Will Toms

The leaders are spearheading a revolution that celebrates and boosts Philadelphia’s creative economy. Here’s a closer look at their vision. 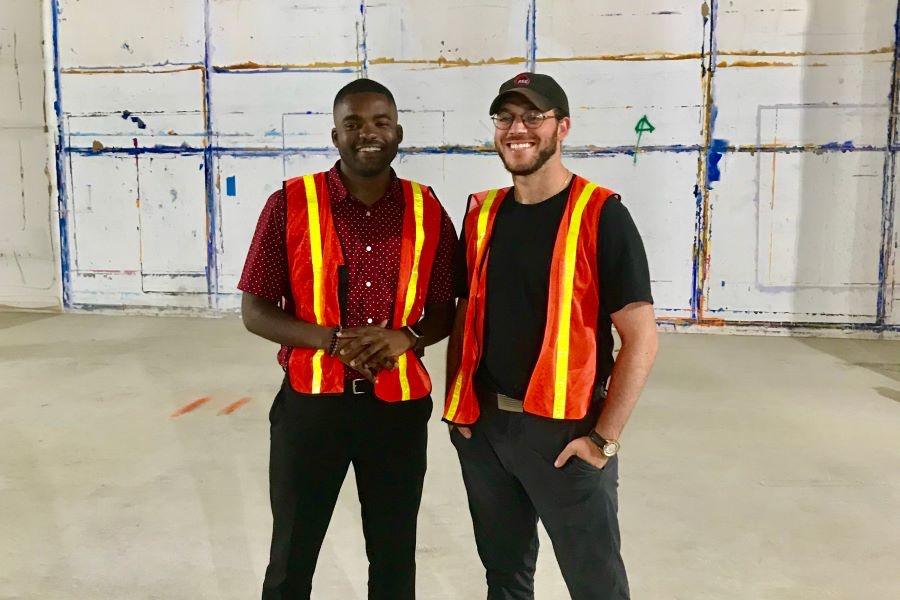 REC Philly founders Will Toms and Dave Silver at the site of the new REC Philly space that will open later this fall. | Photo courtesy of REC Philly

REC Philly has become a haven for Philadelphia’s creative community, with memberships that provide safe space and resources for everyone from rappers, singers, and podcasters to event planners, graphic designers, and photographers. With $3.2 million in funding, the group will bring its mission to boost creative entrepreneurs to a new 10,000-square-foot space this fall at Fashion District Philadelphia. The expansion makes it increasingly clear that local artists don’t have to do it alone—they don’t have to leave Philadelphia for Los Angeles or New York either. REC Philly co-founder and CEO Dave Silver and co-founder and chief creative officer Will Toms have been at it well before they launched REC Philly in 2015. Here’s how their journey began and where it is headed.

We met in… high school. Because our last names are close together in the alphabet, we always sat next to each other in our classes. We shared a mutual bond over media production and ended up producing the afternoon announcements together.

The idea for REC Philly came… at one point when we were throwing four shows a week and knew it wouldn’t be sustainable. We also wanted to be more impactful to the artists we cared about and the creative economy at large. Around 2013, we found a warehouse in North Philly that we built out as a place to create and connect with our friends. We read books about the music industry and watched YouTube videos to learn how to build as an independent artist, things like what makes a perfect album, audience building and revenue streams. Eventually our friends wanted to spend so much time there that we told them they needed to contribute to the rent in order to help us afford the space and keep it.

I (Will) remember one night specifically when I was sleeping on the couch in the studio, getting rained on through a hole in the roof, and I questioned why I was spending so much time there and why we were doing what we were doing. That moment was the epiphany. That 600-square-foot room meant so much to us because we had created something that solved many of the challenges that we as creatives face: a lack of access to affordable resources and tools, a place to learn and discuss the right strategies for success, and a place to be around a community of like-minded people who were passionate about making a living from their creativity. That’s the night REC was born. 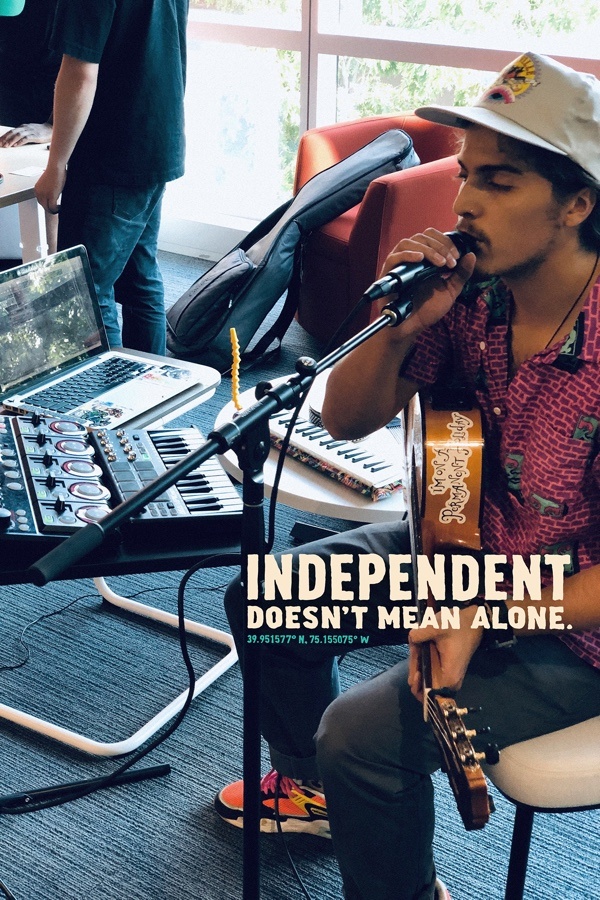 For those who don’t know what REC Philly does we…  provide resources for every creator and empower them to build sustainable and scalable businesses through our space, programming and community. We’re also a full service creative agency that catalyzes paid collaboration within our ecosystem, connecting our members to REC’s large and small business clients. Through this model, we’re revolutionizing the new creative economy and have driven over $1,500,000 directly into the pockets of Philadelphia-based freelancers, further enabling them to own their future. And now we’ll be doing this at our brand new 10,000-square-foot creative facility at Fashion District Philadelphia.

The Philly creative community is… special, latent and thriving with potential.

The Philly creative community needs… access to education and access to financial opportunities like better tax incentives. It also needs revenue-generating opportunities, like what we’re creating with our new space’s retail store in the mall, and more connections to local businesses.

A major lesson we’ve learned on this journey is…everything takes more time than you expect…especially construction.

Some goals of ours as we head into the fall are… to put creatives in the heart of the city by successfully launching and opening the doors to our new space. We want to grow our membership program and collaborate with our brand partners like Live Nation and WXPN to support thousands of creatives. We also want to identify and work with more local businesses that align with our mission to support the creative economy.

Our new space at Fashion District Philadelphia will… be a gym membership for creatives, housing recording studios, visual labs, a podcast studio, rehearsal space, production rooms, meditation rooms, private conference rooms, and a creative co-working and 200-person event space.  It’s the first of its kind and will become an international destination point. 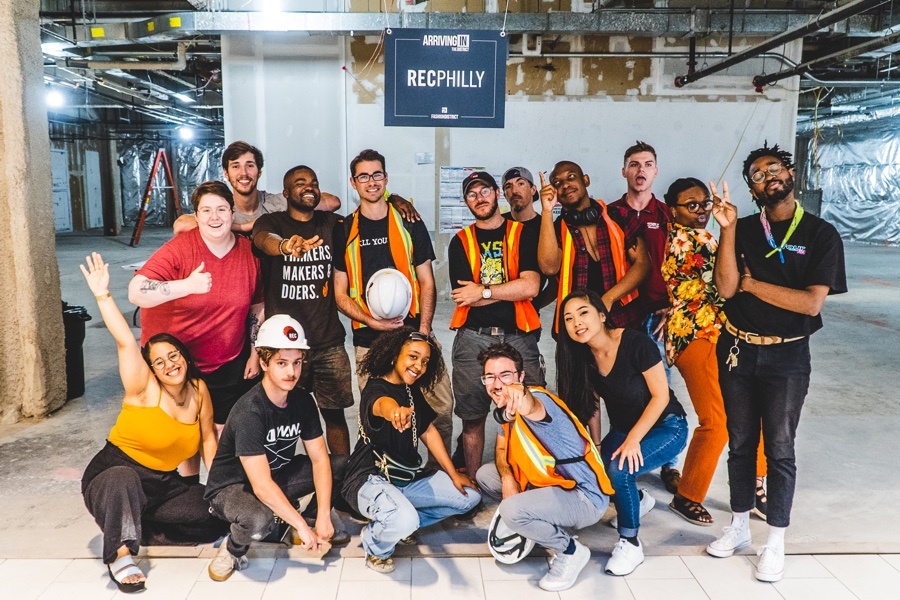 To all the people thinking about becoming entrepreneurs… remember that independent doesn’t mean alone. Find your tribe, be ready for the ride and never forget what you’re capable of.

Our daily schedule involves… starting with reflection by either meditating or running and stretching. Then we’ll head to our REC Room in North Philly to have internal meetings with our team or help our members, or we’ll go to the new space for construction meetings or to give preview tours. Yesterday we took a business trip to New York City to gather more resources for our creators. In the evening, we’re usually hosting educational programming or a Live at REC event, or we’re going to really inspiring events at one of Philly’s iconic or underground venues. 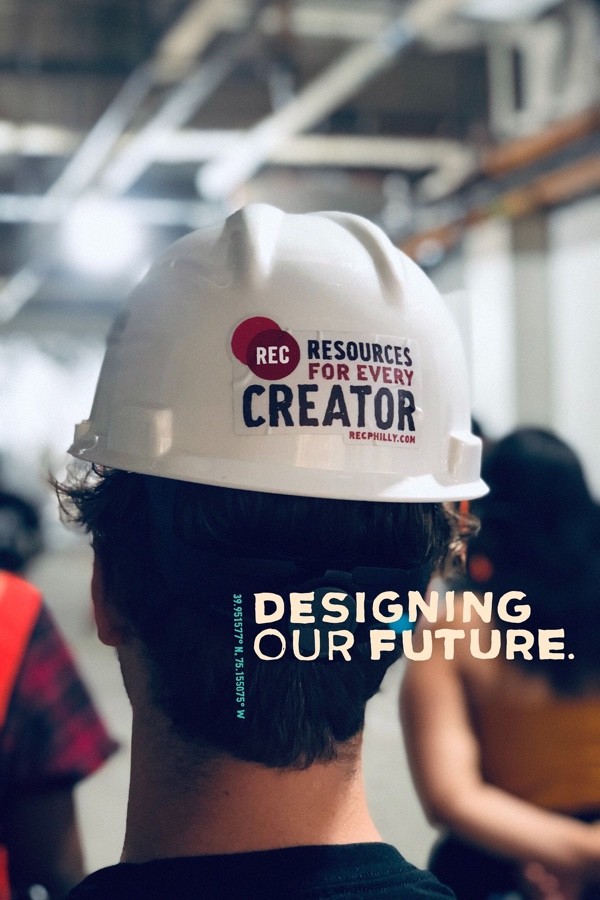 The REC Philly team… is how we’re able to operate our business with passion and purpose. Our team is a diverse group of creative forward-thinking intrepreneurs who share our mission to connect, empower and educate the creative community.

The City Wide Creative Summit aims to… close that gap between your day job and your dream job. It’s our biggest annual event that brings together our region’s most promising creators and players from different sectors of the city to have meaningful dialogue, create connection points, and celebrate our creative economy.

A major challenge we’re working to overcome is… changing the narrative around the “starving artist” mentality. People think artists can’t invest in themselves, which is why we’ve designed and developed a scalable model for local artists and makers to access the resources, education, and network to build sustainable careers in their hometown.

The world still doubts young people because… we don’t fear failure and are brave enough to go after big dreams. You can’t solve an old problem with the same consciousness that created it.

To the people who doubt us we say… come see for yourself.