The All-Pro wide receiver says the Philadelphia Eagles have the pieces to be Super Bowl champions again. 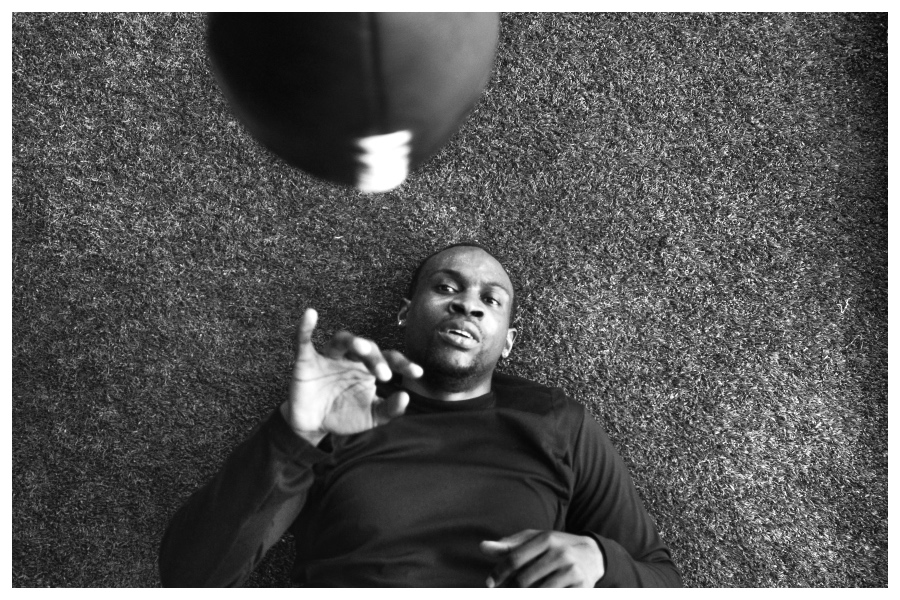 Since joining the Philadelphia Eagles in 2017, 29-year-old Alshon Jeffery has been one of the best wide receivers in the NFL. If you watched the Eagles’ magical Super Bowl run in the ’17-’18 season — of course you did — it was hard to miss the 6-foot-3, 218-pound receiver, as he led the Eagles in receiving yards (219) and receiving touchdowns (3). Jeffery talked to BizPhilly about what he expects from himself and the Eagles next season, his favorite place to eat in Philly, Nick Foles, and more.

I grew up in… Calhoun County, South Carolina.

I’ve been playing sports since… I was four or five years old. I played a lot of basketball growing up. I think I’m better at basketball. I didn’t start playing organized football until 6th grade, but I’ve been playing ever since.

Winning the Super Bowl was… a great feeling, but I’m hungry for more. There was a lot of excitement, and I was happy to be a part of it. I was just happy overall especially with all the things I’ve been through and all the obstacles I had to overcome, like in Chicago. Coming to Philly really gave me a fresh start. It was just a blessing.

This season I expect… Individually, I want to be first team All-Pro, and [I want to be] in another Pro Bowl. As for the team, we’re trying to get to Miami to win another Super Bowl. Win the division, then win the Super Bowl. 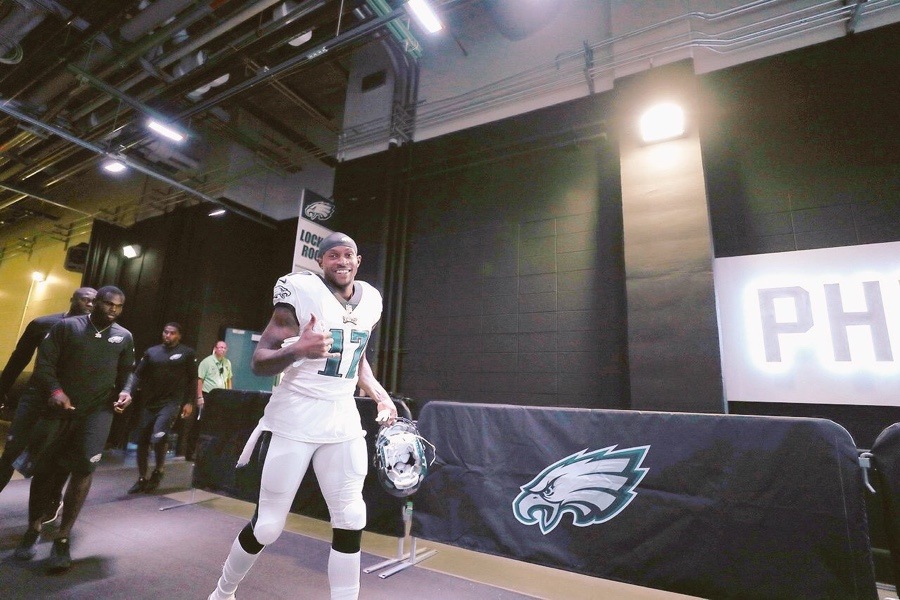 The Eagles locker room is… a great atmosphere. A fun family.

My workout routine consists of… doing some stuff on the field, like running and jumping. If my trainer sees something I need to work on, or I tell him something I need to work on, we definitely focus on whatever that is. We usually start with fundamental training first, basic one-on-ones then move on to other stuff. I also have some boxing in there, some yoga, and some pilates.

I’m most proud of… having a daughter. It’s a blessing to see her smile and to have fun with her.

My favorite place to get food in Philly is… Double Knot. I like their ribeye skewers, but there’s nothing on the menu I dislike. I like it all.

On players kneeling for the national anthem… The players have the right to speak on it. It’s America. It’s the land of the free, isn’t it? The home of the brave. So you have the right to do whatever you want to do, and I understand that. I respect the military and everyone who served in it, but at the same time you have to respect what’s going on in the world. You can’t be blind about what’s happening today. Different players go about it differently, and players have different actions towards issues. If you go back in the day, some people weren’t standing, some were sitting down. If I’m not mistaken, it wasn’t that big of a thing back in the day.

The best thing I’ve done in my career is… make my mom and dad proud. The Super Bowl, the other stuff  I did, nothing’s better than that. I’m just someone from a small town, St. Mathews county, and I made it out. So the best thing is making everyone from my hometown proud, too.

Philly fans… keep it real with you, and I love that. They don’t hold anything back. They’re going to tell you when you’re out there playing like shit, but also let you know when you’re playing right. I love it. That’s what you want, you don’t want anything phony.

What people don’t understand about our team is… we have certain players that are outspoken, whether that’s protesting something or something else they believe in, it doesn’t even matter. In the locker room we all understand what they’re doing and respect it. It’s all about respect. 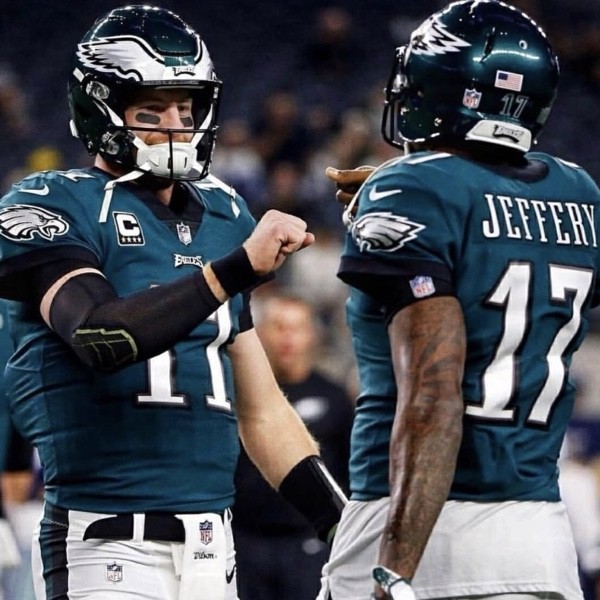 Losing Nick Foles was… a big loss. Nick was a part of our success. I love Nick. He was definitely one of my favorite teammates, but at the same time it’s a part of the business. People come and go. We have to pick up the pieces and keep it moving. We’re ready to ball and go prove that we can win.

I hate… the way contracts are structured in the NFL. We need to fix the contracts. Why are contracts not guaranteed? I think all players should have guaranteed contracts, and we should be paid a lot more.

My favorite moment of my career is… yet to happen.

Lowest point of my career was… when I got suspended. I mean, I took it all in stride — I couldn’t care less what people thought about me or what they said about me — but just being away from football and how it even got to that point. Still to this day I don’t even know, but at the same time it’s all love. It all worked out.

The best parts about football are… the relationships. People are coming from all walks of life that you would never know. You get to learn about the situations they’ve been in and grew up in. Football helps you learn how to be around different people.

This season the Eagles will… win the Super Bowl.

My favorite thing to do off the field is… to just hang out and chill with my friends. Going to Six Flags, to just talking shit when we’re playing video games, or going out to dinner or something. I play [NBA] 2k. I don’t really like any football games. I haven’t played a football game since they got rid of the college football games. I’m a Bulls fan so I play with the Bulls, even though we’re trash. But Kawhi [Leonard] is my favorite player in the League, so I mix it up. Whoever the other person is playing with, I try to match the level of competition. I think Kawhi should stay in Toronto and bring somebody to keep his team the same and just add one extra piece.

I didn’t know until I got here that… Philly is special. I feel like I’m at home. It’s an awesome city. I wouldn’t want to go anywhere else.

After football… I would like to own the Chicago Bulls.

I can be better at… communication. Football is all about communication and being on the same page. Getting an understanding of how people see things — that just comes with everything in life. You have to communicate and understand what people are saying.

My favorite Eagle ever is… Randall Cunningham because he was one of the first elusive quarterbacks before Michael Vick. My pops used to talk to me about the things Randall Cunningham could do all the time. I was a kid then so I didn’t really understand the game a lot, but I know now.