It’s 1/100th the jobs, but it got here two minutes after Amazon’s announcement. 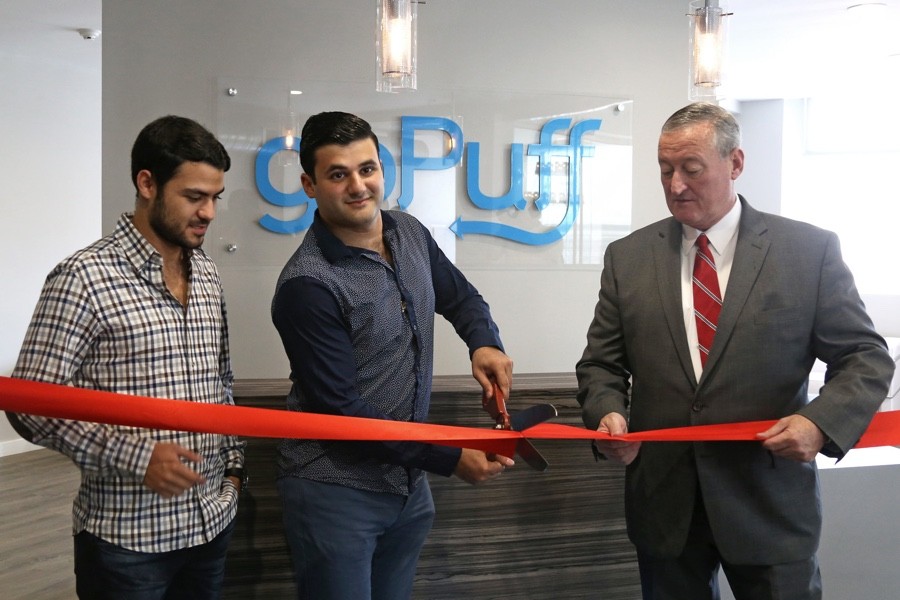 We didn’t win the Amazon bid, but at least we have goPuff: Everyone’s favorite late-night munchies deliverer has just announced that it will build its new headquarters in Philadelphia, where it was born.

Governor Tom Wolf shared the news on Tuesday, calling goPuff “a great example of how Pennsylvania’s strengths in aspects like education, workforce development, and economic stability have led to a climate where startups thrive.”

Funding for the new headquarters — as well as plans for 10 goPuff warehouses across Pennsylvania — will come in part from a $400,000 grant from the Department of Community and Economic Development. The allocation, which is coordinated by the governor’s Action Team, places a heavy emphasis on job creation.

.@goPuff is a great example of how PA's strengths in education, workforce development, and economic stability have created a business climate where startups thrive. My administration is committed to providing the support needed for companies like goPuff as they grow. https://t.co/Dt5ImAMUpP

GoPuff will invest $4 million in the expansion plan, which is expected to create 500 new jobs and centers on the company’s forthcoming Philly headquarters.

Here are the details: The delivery provider says the 30,000-square-foot site will be located at 3rd and Spring Garden streets in Old City (or Northern Liberties, depending whom you ask). The 10 new warehouses are slated for Allegheny, Chester, Dauphin, Lackawanna and Philadelphia counties. In addition, six existing goPuff warehouse operations will be expanded.

According to Wolf’s office, the new headquarters will bring more than 150 new full-time jobs to Philly. The new and expanded warehouses are expected to create roughly 400 jobs over the next three years. (The company currently employs 125 people at its existing headquarters in Callowhill.)

We have nothing but love and gratitude towards our home city of Philadelphia! We are honored to be able to support Philly in the way it has supported us over the last five years. Thank you for the kind words @GovernorTomWolf! #WinTogetherhttps://t.co/D7nueLA7hx

GoPuff, which allows people (read: students) to order things like beer, condoms, rolling papers and nerd ropes, was founded in 2013 by Drexel students Yakir Gola and Rafael Ilishayev. It’s since grown to operate across 21 states and Washington, D.C.

Gola said in a statement that the company is “grateful” for the support of Wolf’s economic development team and that she and Ilishayev “strive to ingrain Philadelphia’s culture as part of goPuff.”

“We consider Philadelphia our first investor,” Ilishayev said. “We would not have been able to scale our business as quickly and deliver the moments that matter most to our customers had it not been for the support of the city and the state.”