Stephen Starr on Creativity and Listening to Your Instincts

The iconic restaurateur opens up about the challenges of getting big, his favorite project of all time, and how mixing Joan Baez and the Doors once got him fired. 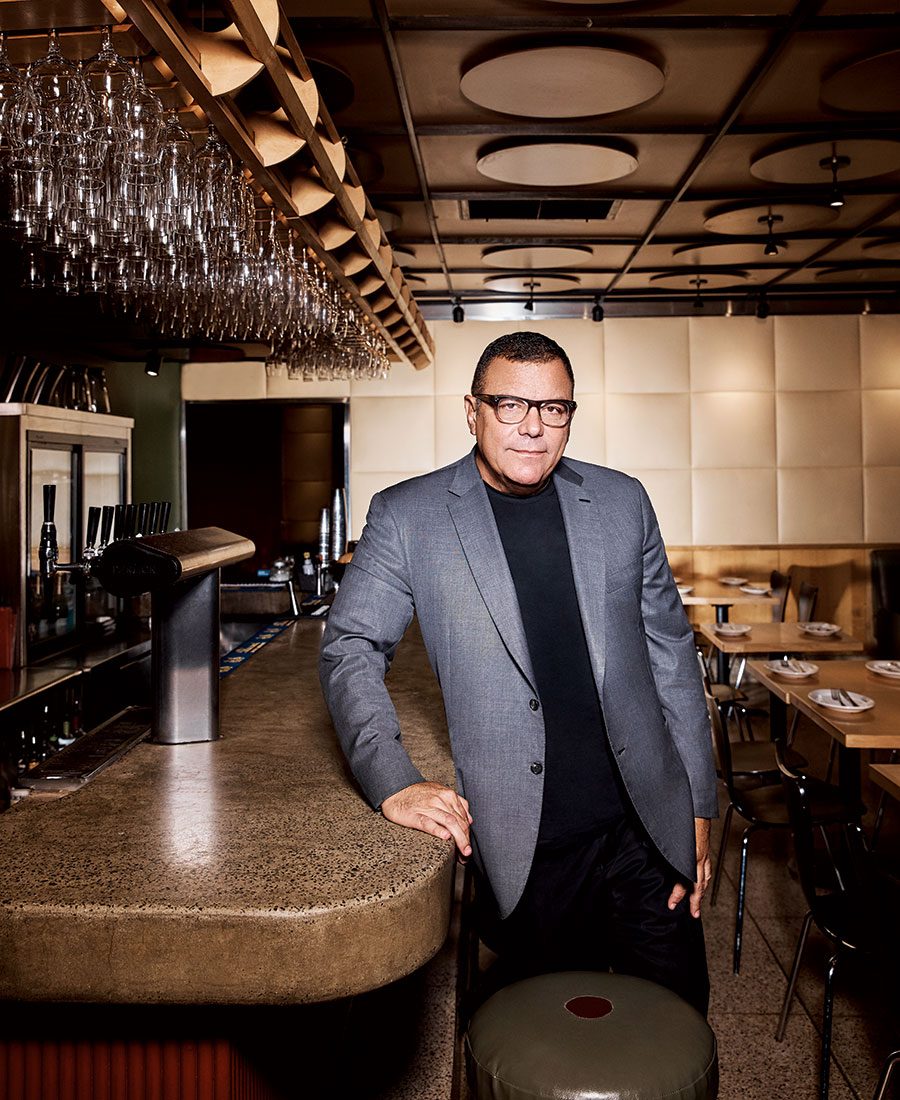 Stephen Starr at the Continental in Old City. Photograph by Jonathan Pushnik

Stephen Starr might be best known as the James Beard-winning operator of 37 restaurants, but his career as an entrepreneur isn’t limited to food. In fact, by the time he opened his first restaurant, Old City’s the Continental, in 1995, he’d already been a DJ, a club owner (including an early comedy club, Stars, in the 1970s), and a concert promoter. Here, he opens up about the challenges of getting big and the importance of heeding your gut.

Three words that describe me as a kid are … Solitary. Imaginative. Fantasizing. I fantasized about what I wanted to do and wanted to be, because I didn’t have a lot of friends where I lived. I had a reel-to-reel tape recorder, and I would create my own little skits and shows with the tape recorder, and I would live in this little fantasy world, doing my own production.

When I was 16, I wanted to be … a disc jockey on the radio. When I was 15, I got my FCC first-class license. I got a job at a radio station in Vineland, New Jersey. And my parents would have to drive me, because I didn’t have a license. And then after that, I got what I thought was a real job at WMGM in Atlantic City. I got fired from that job, I remember. I played “Light My Fire” by the Doors, and during the instrumental part I mixed in “Tears of Rage” by Joan Baez. The program director freaked out. It was too weird.

Running clubs and concert venues taught me … That I didn’t know what I was doing financially. I made tons of mistakes and acted too much on gut feeling and what was cool, as opposed to what would make money.

I figured out the right blend between cool and making money when … It happened by accident. With the Continental, I didn’t know what I was doing. I knew that this thing I was putting together was going to be so cool, and there was nothing like it in Philly. The first night that we finished it, I turned the lights on and opened the little blinds, and I stood outside along with the person that helped design this whole thing. We looked at it, and we said, This is a fucking smash. We just felt it. It made you almost cry.

The same thing happened at the comedy club I opened. But it was a financial disaster for me. The opening night was packed. We sold out every ticket, but I made the stupid mistake — at age 21, I think I was — of putting the cover charge on the check, as opposed to being paid in the box office. Sixty percent of the audience that night walked out on their checks, because the servers were so ill-prepared. They didn’t know how to use the register; they couldn’t make change. People got disgusted and walked out. And I couldn’t pay the acts. I had no money.

I’ve gotten that can’t-miss feeling again with … Buddakan — it was like from God. Parc — we opened those doors onto Rittenhouse Square, I went, Oh shit, look at this. Buddakan New York. Actually, it sounds corny, but when the designers were showing me the final renderings, I teared up looking at it. It was overwhelming. And Le Coucou.

One thing I’ve learned about managing people is … In the restaurant business, managing people is very, very difficult. And in one way, it requires a benevolent dictator. Because to have a democracy, which is what we strive for, is very difficult. It’s like the military. It requires order. But I’ve learned, as I grow older, that you need to respect people. And even if you’re furious, you don’t need to embarrass someone. You can scream at someone in the privacy of your own office, but you should never do that in front of others.

Hiring talented people is … The most important aspect of my business. And finding it … going back to my music roots, it’s like finding a new band. You gotta search all over. We use recruiters. It’s also being able to spot talent early. If you don’t look for talent in its young stages in our business, we’ll fail.

From a business perspective, the most important part of my day is … It’s changed. Years ago, the most important part of the day was at the end of the day, at seven or 7:30, when we would sit in the office — myself and two people who are no longer with me that were sort of the creative forces in the company — and we would sit, talk, make fun of each other, eat some food, and start coming up with ideas. I miss that. Because the most brilliant ideas came from those sessions.

The other time that used to be really great was at the end of the night — when you’d go in at like 10 or 11 o’clock — and you’d just talk to servers and managers. People just let loose and told you what they thought. There are no better people to talk to in the restaurant business than waiters and waitresses. The boots on the ground are gonna let you know what’s happening, what the customers are saying.

Now, owning all these restaurants, the most important part of the day is probably the morning, when we start assessing everything that’s been going on in the business. But that’s boring to me. It’s still the creative stuff that drives me.

The hardest part about the business getting big is … we still run it like a mom-and-pop operation. It’s still, unfortunately, about me and what I want. We’re opening a new place in D.C. I met with the staff, and I said, “A lot of you think we’re this big company, Starr Restaurants. But in the end, there’s four people that run the whole thing. We’re four dysfunctional people that run this company.”

At some point, I started buying into the bullshit that I had to be more corporate. But at the end of the day, you just have to be yourself. And the other stuff will just happen. I still interview every server and host that I hire in Philadelphia. My interviews are short. But I don’t want to lose that.

I love my job because … I love the creative part. And as much as it appears that I’m private — and I am very private; I don’t socialize, I don’t go out, I don’t like events — I like people. It’s weird. I like interacting with people when I want to interact with them. And I love creative people.

My favorite thing that I’ve ever done in my career was the comedy club, Stars. Because I just loved comedy, and I loved being around the comedians. I thought they were the most fascinating people. They have a lot of what I think I have: I think I have a very strong sense of humor. And there is a slight darkness and solitary thing going on with me. So that was my most enjoyable thing.

Published as “I Love My Job: Stephen Starr On Instinct” in the November 2018 issue of Philadelphia magazine.