SXSW Day 3: 7 Ways Philly Can Become a Leader in Tech Diversity and Inclusion

Rodney Sampson, the co-founder of HBCU@SXSW, shares his candid thoughts on how Philly can build an inclusive startup ecosystem. 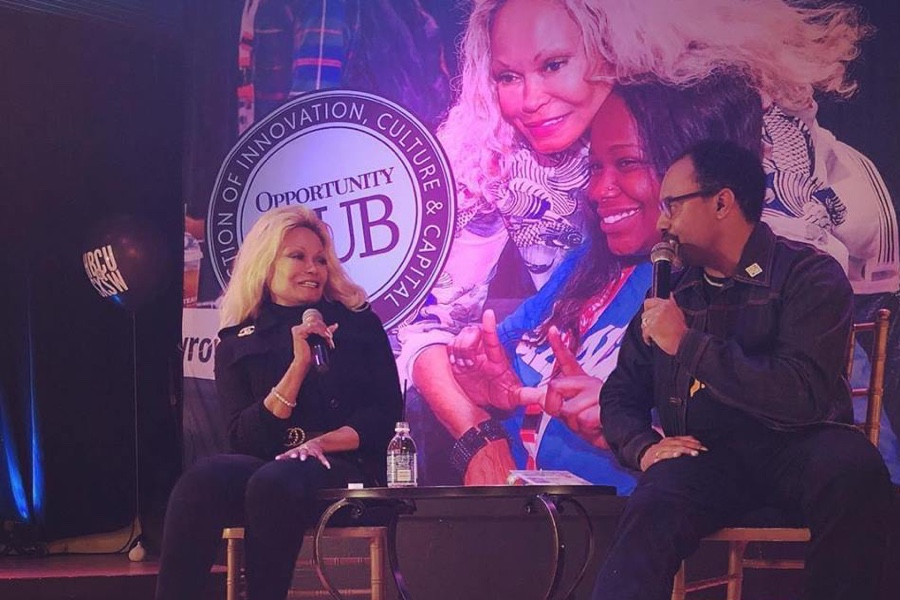 A major theme hanging over SXSW this year was diversity and inclusion. After attending the conference last year, Mayor Kenney lamented how white SXSW was. But this year, many attendees acknowledged that there was a noticeable shift in representation. During another event, a speaker said there were merely sightings of black people at the conference just a few years ago.

There’s been a noticeable change in representation at #SXSW just over the last few years says @ArlanWasHere pic.twitter.com/xGxjMMLkmn

Philly tried to do its part on inclusivity by sponsoring the attendance of four local founders from underrepresented groups. And at the Amplify Philly house, panel discussion like “The NorthStar Connection: How Philadelphia Is Supercharging Inclusivity and Becoming a Tech Diversity Hub” touched on the need to bolster inclusivity in Philly’s startup community.

Now starting up is The NorthStar Connection — a talk about how Philadelphia is supercharging inclusivity and becoming a tech diversity hub pic.twitter.com/FqZqghZ4ry

But one major initiative known as HBCU@SXSW really turned upped the conference’s representation several notches. Founded by the Atlanta-based organization Opportunity Hub (OHUB), the HBCU@SXSW program brought 125 college students from socially disadvantaged communities to the conference and put them directly in front of recruitment opportunities with leading tech companies, investors and influencers. According to a Brookings report published this week, 90 percent of the students who attended HBCU@SXSW received paid summer internships, apprenticeships, or full-time positions in the tech field.

OHUB executive chairman and CEO Rodney Sampson, also a venture fund investor and tech entrepreneur with two exits, may be based in Atlanta but is leading a national effort to build inclusive startup ecosystems. I sat down with Sampson at SXSW this week to talk about Philadelphia’s efforts around diversity and inclusion. He offered seven ideas about how the city can best support its underrepresented founders. Here are some excerpts from our conversation:

The innovation economy is one of the last frontiers. Right now we’re looking at that “safe space” that white folks have built for themselves. And we’re like, wait a minute, we need to be there too. Philadelphia’s startup scene is so white right now because the world’s startup scene is white. Most major cities in America are dealing with this.

In Atlanta our scene is a little different because we have black ownership at every level of the ecosystem. We have black funds, accelerators, incubators, startup programs, startup competitions and events. It starts with ownership so that’s part of the challenge for Philadelphia.

A lot of it is also that cities are trying to do things, but a lot of the time they hire people who aren’t sensitive to these issues. I see cities saying they want to build ecosystems and with Opportunity Hub and HBCU SXSW we’re calling it inclusive ecosystem building. This means you are intentionally inclusive. That kind of ecosystem disrupts poverty.

One of our panelists from Seattle this weekend, who’s opening up the first black-owned co-working spaces in that city, described what it’s like to go into a WeWork. He said people would always look at him like he was there to steal the laptops. In these co-working spaces we’re running into the same issues we run into when we’re at the mall. We just need safe spaces to work, but the microaggressions are everywhere and they add up. So cities like Philadelphia should work on identifying who their ecosystem builders are and make sure they have safe spaces to work.

Focus less on events and conversations

I think there’s too much of a focus on events and too many resources are going into having conversations. I mean, you’re talking to the guy who just spent over half a million dollars to bring students out to SXSW, to put on programming and we had a big house with parties every day. So yes, I get it. But while we’re spending that here, other folks are spending millions on these house and events. We have to get past that. And back in our cities, people are still like, “can we host a dinner and have a panel discussion?” And it’s like nah, I can feed myself.

To everyone looking to just have another panel discussion I say, if you really want to help, crowdfund a diverse startup with a million dollars. Get a thousand people in your city to put up one hundred dollars. We need to start doing that instead of saying we’re going to have another meetup or pop-up event.

And the problem with these kinds of events is that you gauge interest based on the fact that 50 people showed up. And then you get to say, “We did it. We gave you free space and we sponsored some cupcakes.” That’s the problem. The Philly community should write people like Jon Gosier a check and let them build their ecosystems.

People in the community need to come up with policy and take it in. This past legislative session in Georgia, I sponsored four bills and I think they can be a model for any city or state. The reality of it is you have to initiate that. Even with things like the equity crowdfunding model, it didn’t come out of some policy maker. It came from the ground up. You need to tell lawmakers, “These are the policies” and “You need to fund us.” That’s how policy is created.

Make sure that every single student of color, at local colleges and universities, is hired. Beginning freshman year, every one of them needs an internship and they need one every year until they graduate. The second thing is, pay the money to have the curriculum redone to make sure the technology education and the business education is the latest and greatest. And when they graduate, hire them. There are enough jobs out there for these students. If it’s a national company like Comcast, these students will travel anywhere for those kinds of jobs.

Once they’re in the workforce, make sure they have mentors and sponsors and have them focus on solving your company’s biggest problems. You’ll have entrepreneurs coming out from there.

Again, too many resources are going to big events. Cities want to put stuff in conferences because that’s traditional economic development. They’re thinking, “If we can get people to come here, then they’ll want to move their companies here.” But there’s a dilemma. DC went through this. They wanted to spend half a million dollars on SXSW rather than use that money locally. Philly is dealing with the same thing.

The reality is, wherever you spend the money, if you don’t shift how you do economic development, you’re going to get the same results. They’re trying to invest in a new cool event on top of an old model. Startups are one of the largest contributors to new net jobs in this country. Take those resources and focus on building your startup ecosystem by training diverse talent and by giving them the opportunity for contracts. Do that. Don’t spend millions of dollars on an event.

Take a look at the policy ideas coming out of your startup community and fund them. Philadelphia needs to fund ecosystem building. An event can be part of that but they must build capacity by funding the ecosystem.

Last year, Mayor Kenney came to our HBCU event at SXSW and I told him this and I’ll say it again: I think it’s great that you came. I think it’s great you’re having these conversations. I appreciate you but be sure to put your money where your mouth is.