What Does Comcast’s Multibillion-Dollar Tax Cut Mean for Workers? A Grand Apiece

An anticipated windfall from corporate tax reduction and the end of net neutrality have the telecom giant in a giving mood. 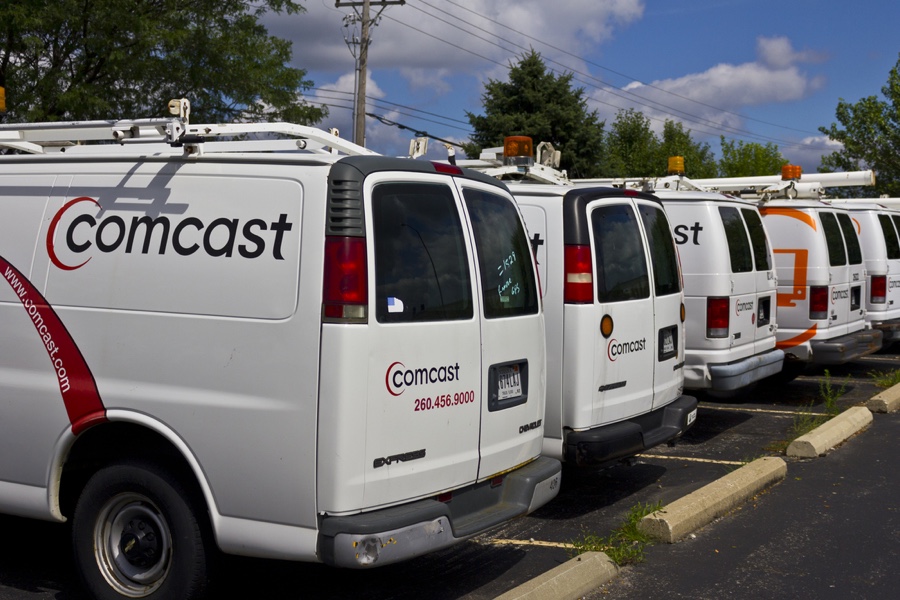 Comcast is apparently pleased with how 2017 is wrapping up: The company announced on Wednesday plans to dole out special $1,000 bonuses to more than 100,000 frontline and nonexecutive employees.

The exact cause for celebration? In a statement, Comcast CEO Brian L. Roberts pointed to the FCC’s repeal of net neutrality rules and sweeping tax reform legislation that President Trump is expected to sign in January.

The tax overhaul cuts the corporate tax rate to 21 percent from 35 percent, and the FCC’s recent rollback of net neutrality rules removes Title II classification, which has given the FCC power to regulate Comcast like a utility. Comcast has long held that such regulation impedes innovation and investment. And President Trump has said the cuts will lead to greater investment in U.S. workers through higher wages.

But is Comcast’s idea of investment in its workers a one-time bonus that virtually has no impact on its bottom line?

I reached out to Comcast to determine whether its plan also includes higher wages for employees or planned recurring bonuses as a result of the tax overhaul. A Comcast spokesperson reaffirmed that the bonuses are just a one-time thing as a result of the tax legislation and made no comment on worker wages overall. The bonuses are “additional to the compensation and benefits employees receive,” he said.

AT&T was also quick to promise $1,000 bonuses and Wells Fargo and Fifth Third Bancorp jumped in to say they will hike up their company-wide minimum wages to $15 an hour. Boeing was also in on the synchronized PR blitz with an announcement that it would spend $300 million on workers through training, facilities upgrades and a new program that will match employees’ charitable donations.

While companies say the tax cut will trickle down to workers and the economy at large, economists (and some CEOs) have argued that the companies are likelier to use the extra cash to satisfy investors with stock buybacks, for example. They’re also likelier to use the money to pay down debt, a recent Bank of America-Merrill Lynch poll revealed.

Comcast also announced changes in capital spending in connection to the tax bill. “The Company expects to spend well in excess of $50 billion over the next five years investing in infrastructure to radically improve and extend our broadband plant and capacity, and our television, film and theme park offerings,” Comcast said in its statement. “With these investments, we expect to add thousands of new direct and indirect jobs.”