Next week the city will launch CS4Philly, a vast effort to get tech into school curricula. 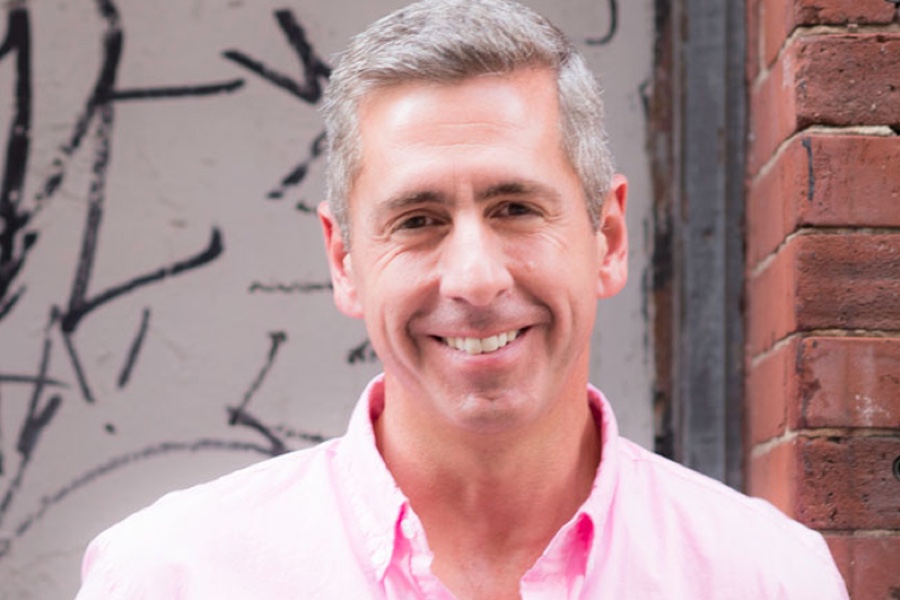 Every student in Philadelphia, regardless of zip code or family income, should have access to tech education. In fact, it should be part of every K-12 school curriculum. These two claims are the very basis of a Philadelphia campaign called CS4Philly (Computer Science for Philly) that will launch next week. The citywide coalition of business leaders and educators (that includes the School District of Philadelphia, Mayor Kenney, Comcast, and the Chamber) will come together on December 6 to make it clear that Philadelphia must develop a concrete plan to ensure that its students are prepared for the jobs of the future. After all, over the next decade alone, Greater Philadelphia could see anywhere between 26,000 to 44,000 job openings in IT.

BizPhilly sat down with serial entrepreneur Bob Moul, whose been advocating for tech education through a movement he’s calling Teach Tech or #TEaCH. Moul makes his case for tech education and explains why efforts already underway like Philly STEM Lab, Coded by Kids, TechGirlz, and BSD Code and Design Academy, must be scaled now.

BizPhilly: You quit almost all of your boards earlier this year to focus on tech education. Why?
Moul: Because it’s almost 2018, and I’m floored we’re not teaching technology as core curriculum. This is just something that has to happen. Yes, there are some schools out there blazing ahead like String Theory, MaST Community Charter and TECH Freire, but by and large, many students don’t receive tech education. For example, I’ve volunteered my time over the last four years at Mastbaum, which is a career and technical education school, and they don’t have a technology track.

BizPhilly: What’s your pitch for why we need computer science in school curricula?
Moul: I think it’s as fundamental as reading, writing, and arithmetic. Studies show that in the next decade, close to 80 percent of all jobs will require technical competency. Yet we are still teaching our kids the way we did 100 years ago, the same subjects we did 100 years ago.

Back in the day, I remember when my high school bought one personal computer for the whole school, and I learned the basic programming language on it. That changed my life. I don’t know what I’d be doing today had that not happened. I want every kid in Philly to have the same chance I had, with that one computer and that one class. It changed my life and put me on a different path.

BizPhilly: I’m sure you’ve gotten pushback from educators who might say that some of their high school students read at maybe a 4th or 5th grade level. If we can’t get the basics down, why are we jumping to tech education?
Moul: My answer is always, that doesn’t stop us from teaching them math and it doesn’t stop us from teaching them English. Why should that stop us from teaching them another fundamental skill that they need, which is tech. I get it and a lot of people have pointed this out. But to me, that just feels like a convenient excuse. It feels like low expectations for our kids. And frankly. I feel like there are a lot of kids out there who, if their interests were captured, would apply themselves to learn tech. At Mastbaum, for example, I had a student say to me, Mr. Moul, I want to build a mobile app but I have no resources here to help me do that. Can you help me?” Your heart just goes out.

BizPhilly: And what about the real challenge of limited hours in the school day?
Moul: I don’t have an answer to that. But what I do know is the combination of doing afterschool programming is possible. A number of schools like TECH Freire are pursuing integrated tech education. So they’re teaching tech through English, through History, through Math. We’re going to have to get creative. But the answer can’t continue to be that our kids aren’t getting this education. We have to figure it out. 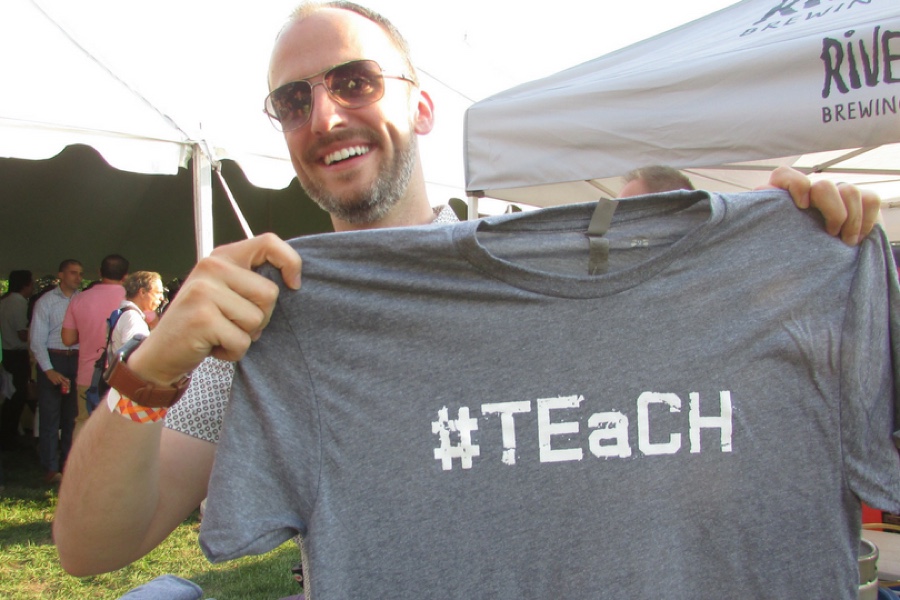 PSL president Bob Moore with a #TEaCH t-shirt. PSL is one organization that has thrown its support behind CS4Philly.

BizPhilly: On an institutional level, what needs to happen to get tech education in Philly schools?
Moul: Initially I thought in order to get tech into the school curriculum it would have to happen statewide, and it turns out that is not true. It has to be done at the district level. So we actually have the ability to do it. And now with local control, we don’t even need to get Harrisburg involved. We can do it with the current mayor and administration and school district. What Harrisburg can do, though, is make tech education a graduation requirement.

BizPhilly: So what are you hearing from Mayor Kenney and Superintendent Hite since this is something that has to happen on the local level?
Moul: I’ve been impressed with the amount of work they are already doing to get tech education into the schools. They just need our help. They need resources and funding. Other things to think about are how are develop the next generation of teachers who can teach technology? This is where I feel like the business community needs to step up. When we wanted the Pope, NFL Draft, DNC, we got all of those things. Now it’s time to want this tech education for our kids. So I was impressed with what they’re trying to do with the limited budget they have but I really feel like we all have to come together now — business, academia, government — to get this done.

BizPhilly: What are some specific goals of the CS4Philly campaign?
Moul: I think of this in three buckets. First there’s the launch, which is all about awareness. We want people to know the current situation and where we are today. Next Wednesday we won’t stand up there and say we have it all figured out, we will stand up there and say we need to figure it out. It’s a public commitment to this journey. The second bucket is a pilot. We’re going to bring smart people together to design that pilot. And like any entrepreneurial thing, you want to do something on a smaller scale and figure out what the roadblocks and pitfalls are. What are the rate limiting factors to scaling this citywide? We want to use the pilot to figure those things out. And then the third bucket is designing something that we can scale across the entire city based on what we’ve learned.

BizPhilly: What’s a worry you have with launching this campaign?
Moul: That we might try and overcomplicate it. We don’t have to overcomplicate this. We can’t scale complexity. I don’t want this to become a big academic and complicated study. The Eisenhower Fellows came to Philly recently and toured TECH Freire. While on the tour, one of the fellows, a gentleman from India turned to me and said, “This is amazing. In India we teach our kids computer science and they don’t have desks and chairs to sit in. They sit on the floor.” He’s spot on. We don’t have to have all the latest tech toys to teach our kids about technology.

BizPhilly: Is it too soon to ask what Philly’s startup community can do to help?
Moul: I’ve been holding back before I ask anything of the tech community, until we really figure out how they can plug in. Through the course of the pilot, I want to figure out what are the APIs, the areas where the startup community can plug in. I want to give them a very clear ask and be efficient with their time. It’s a bit tragic to me that people invest in things and do one off things that aren’t really going to move the needle but they can check off the box that says they’ve contributed to schools. I want to be purposeful, so that’s why I’m holding off until I understand where and how they can really plug in.