Is Comcast’s New Instant TV Service Worth It?

The streaming TV platform just launched and costs just $18 per month. Of course, there are some caveats. 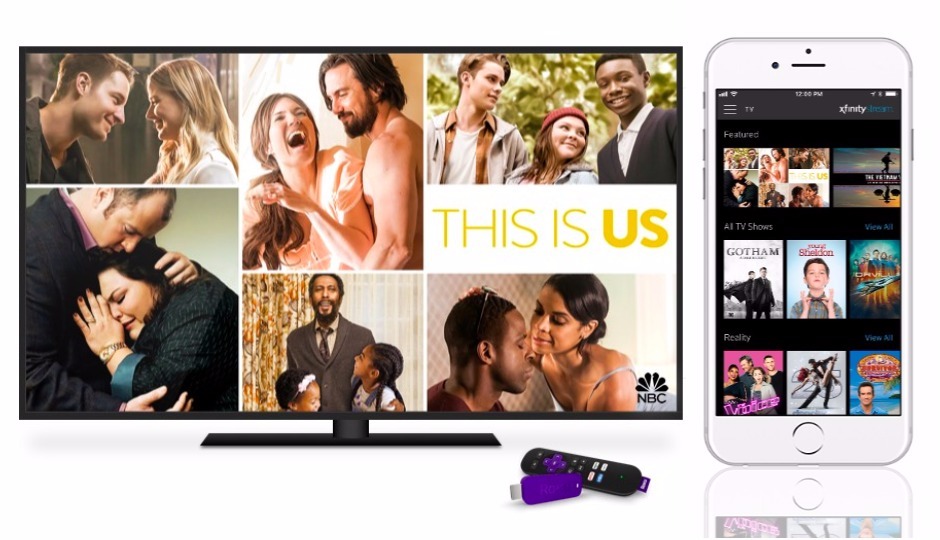 Everybody panic: Netflix will jack up its prices yet again. Next month, some subscribers will have to pay one to two more dollars to access content on the streaming platform. Meanwhile, broadcast and cable networks like Disney are removing their content from services like Netflix, to develop copycat offerings of their own.

Enter Comcast: The telecom giant officially (and quite furtively) launched Xfinity Instant TV last week — its own version of a TV streaming platform.

Right off the bat, the service is only available to Comcast Internet subscribers. The limitation makes it clear that Comcast is going after “cord cutters” — those who previously gave up on cable — or “cord nevers,” those who have consistently held off on signing up.

For $18 per month, Instant TV gives customers a collection of about a dozen live TV channels, including all the major broadcast networks like ABC, CBS, CW, Fox, NBC, PBS, and Telemundo. But top cable networks like ESPN, MTV and Comedy Central, are only available through add-on packages that cost $10 to $30 more per month. And Premium channels like Starz and HBO are only available for an additional $12 and $15, respectively.

Instant TV also includes a video-on-demand library, and cloud DVR feature, which can record up two programs concurrently and boasts 20 hours of storage.

So should you bite?

One thing to consider is that most of the live, local TV programming included in the $18-a-month base package can still be cheaply accessed through a digital antenna for free. This criticism was first lobbed at Comcast back in 2015 when it rolled out Xfinity Stream — an earlier $15-a-month iteration of today’s Xfinity Instant TV.

Another thing to watch are the add-on charges. If you’re set on watching SportsCenter on ESPN or Don Lemon on CNN or Fox & Friends on Fox News, you’ll be charged $48 on top of your Internet bill for the $30 Sports & News add-on.

If you have kids who’d be glued to Disney, Nick Jr., or MTV, the Kids & Family add-on brings you up to $28 per month for Instant TV. And for cord cutters interested in Keeping Up With the Kardashians on E! or American Horror Story on FX, the entertainment package will be $33 before your Internet bill.

Overall, whether you’re on one of Comcast’s slowest broadband speeds or its fastest, be prepared pay around $70 to $100 a month total, which includes Internet and the $18-a-month Instant TV service if you choose to opt in.

And remember, Comcast already offers other Internet and TV bundle deals that might make more sense than Instant TV. For example, its Internet Plus package costs $49.99 for the first 12 months with no term agreement. This deal gives subscribers 25 Mbps download speeds and more than 10 channels, including HBO, ABC, Fox, NBC, and Unimas. After the first year, the service costs $64.99 each month.

Because the TV streaming space is now so crowded (you’ve got Sling TV, Playstation Vue, AT&T’s DirecTV Now, YouTube TV, and Hulu Live TV) cord cutters would be remiss to not make some comparisons. With Sling TV for example, subscribers pay $20 a month for a core package that already includes top cable networks like ESPN, the Food Network, AMC, and Comedy Central. Most add-on packages cost just $5.

It’s unlikely Comcast will pull customers away from services like Sling TV but the cable giant says that’s not its goal. As with its Xfinity Mobile rollout, the company wants to zero in on existing customers to bring greater value to longstanding relationships.

Xfinity Instant TV can be streamed on smartphones or tablets, or on a TV over a Roku box. The service will roll out across Comcast’s footprint over the next few weeks. We’ll be watching to see how this takes off.