Here’s yet another way to ditch that cable bill. 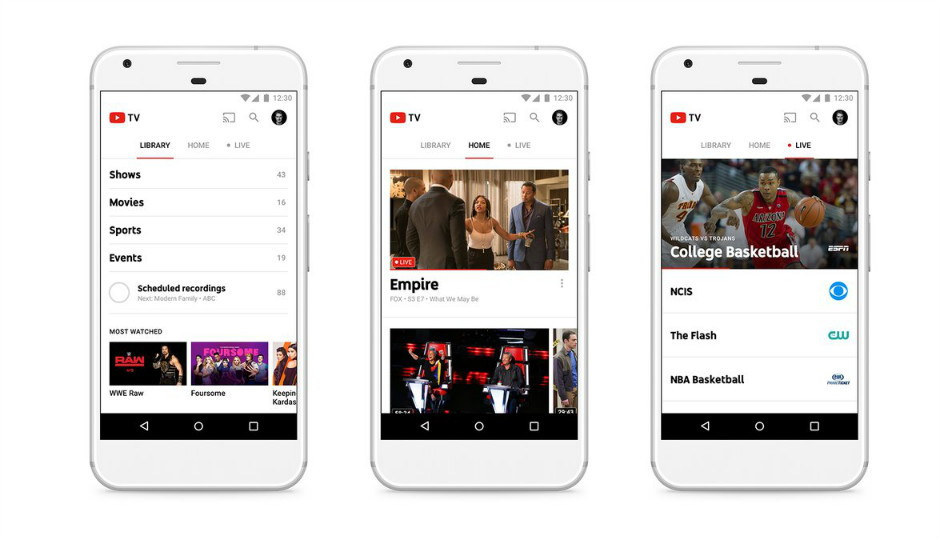 For $35 a month, with a one-month trial period, users can get access to more than 40 channels including ABC, CBS, FOX, NBC, ESPN, and Fox Sports Networks on a YouTube TV app. The app’s been touted for its simplicity and intuitiveness. It contains just three tabs: Library, where users can store and movies and shows; Home, where users can find recommendations; and Live, an extensive list of everything currently playing on every YouTube TV channel. The app can be used on a phone, tablet or computer.

YouTube TV also offers a cloud-based DVR with no storage limits and users also get access to YouTube Red, the platform’s ad-free version. Google Play and Google Chromecast, a digital media player, are also available with membership. You’ll also be able to share your account with five others, but only three streams will be available at a time.

We’ve questioned before whether streaming services like Dish’s Sling TV, Sony’s Playstation Vue, and AT&T’s DirectTV Now have the power to kill cable platforms like Comcast’s X1. While these new streaming services are certainly cheaper, they still come with limitations. YouTube, even with its name recognition and one billion users might still struggle to gain traction with its new streaming service. As Wired points out, though this may be Google’s biggest swipe at Comcast yet, YouTube has struggled to get customers to pay for content that’s typically been free. Right now, YouTube TV lacks several big TV networks like TBS, CNN, and the Discovery Channel, and for add-on channels like Showtime and Fox Soccer Plus, users will have to pay more.