The skyscraper’s developer says the metal is being inspected. 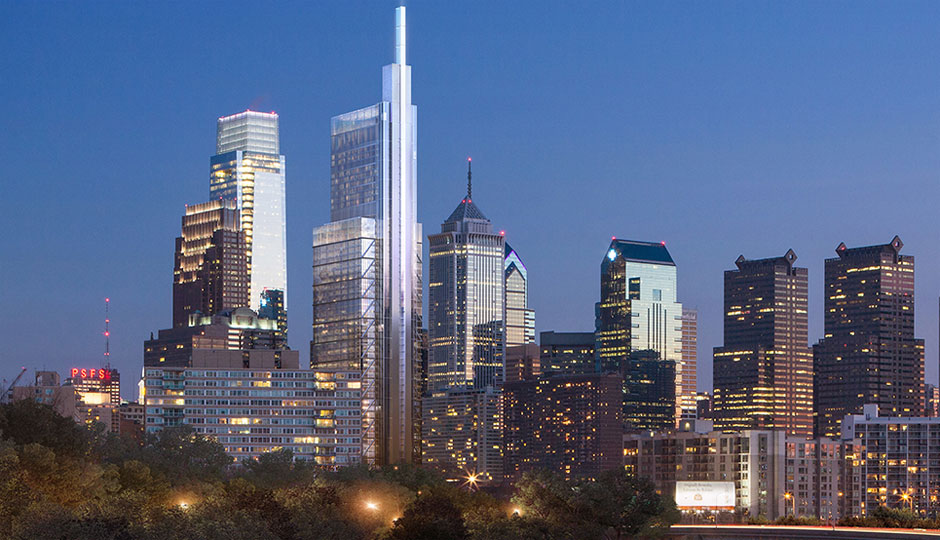 Construction at the very top of the rising Comcast Innovation and Technology Center has been halted as workers point to indications that the steel being used is cracked.

Liberty Property Trust, the developer behind the $1.2 billion project, paused construction at the top portion of the project to inspect about 35 to 40 possible indications of cracking in the steel, the Inquirer reports. John Gattuso, Liberty’s regional director told the publication that the cracking is thought to have occurred during the steel’s galvanizing process. The steel is being used to create a two-story frame that will house the Technology Tower’s lighting and mechanical systems.

The inspection, which started a few weeks ago, will go for another month as the company examines over 5,000 welds that bind more than 600 pieces of steel supporting the building’s lighting and mechanical equipment.

Gattuso said that the potential cracking isn’t a catastrophic issue. And though it isn’t rare, it’s not totally common either, he added.

Once complete next year, the tower — to be one of the tallest in the U.S. — will have 1.33 million square feet of office space for Comcast technologists, a Four Seasons luxury hotel, condominium units, and street-level retail space.

Liberty says despite the inspection, the new tower is still on track to be complete spring 2018.