Mary Alice Malone Is Still the Richest Person in Pennsylvania

Who is she, you ask? Forbes' latest ranking gives us the lowdown on her fortune. 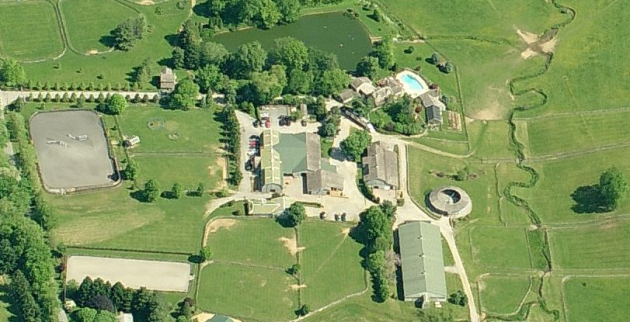 For the third year running, Mary Alice Dorrance Malone has been named the richest person in Pennsylvania by Forbes. At age 67, Campbell’s Soup Co.‘s billionaire heiress is worth $3.8 billion, thanks to a hefty inheritance from her grandfather John T. Dorrance. He earned a degree in chemistry before inventing Campbell’s classic recipe and running the company for much of the early 1900s.

As Campbell’s largest shareholder, Malone owns 17 percent of the company. She is #193 on Forbes’ list of the wealthiest people in the country, and #555 on their list of world billionaires. Within the state, Malone’s spot at the top is secure – she’s worth nearly $1 billion more than Pennsylvania’s second richest person, tobacco entrepreneur and Phillies co-owner John Middleton of Bryn Mawr.

Although Campbell’s itself operates out of New Jersey, Malone lives in Coatesville. There, she runs the expansive Iron Spring Farm, a specialty horse breeding and sales farm that serves hundreds of breeders each year. In early 2016, Malone opened a second location, Iron Spring Farm South, close to Gainesville, Florida.

The list of the 50 wealthiest people by state cuts across more than a dozen industries. Malone is one of only five people on the list involved in the food and beverage industry. She’s joined by John Mars, the heir of Mars candy and

Pennsylvania is also one of only eight states whose richest person is female, a number in line with 2016 data that revealed only 65 of 540 U.S. billionaires are women.

Nearby, Donald Newhouse, worth $12 billion and heir to the publishing and broadcasting empire Advance Publications, earned the top spot in New Jersey. In Delaware, siblings Robert Gore and Elizabeth Snyder, both heirs to the manufacturing firm that invented Gore-Tex fabric, tie for the title of wealthiest in the state with $720 million each.