Comcast Is Fighting an Embarrassing Net Neutrality War on Twitter

The corporation’s plan to tweet at random users has backfired. 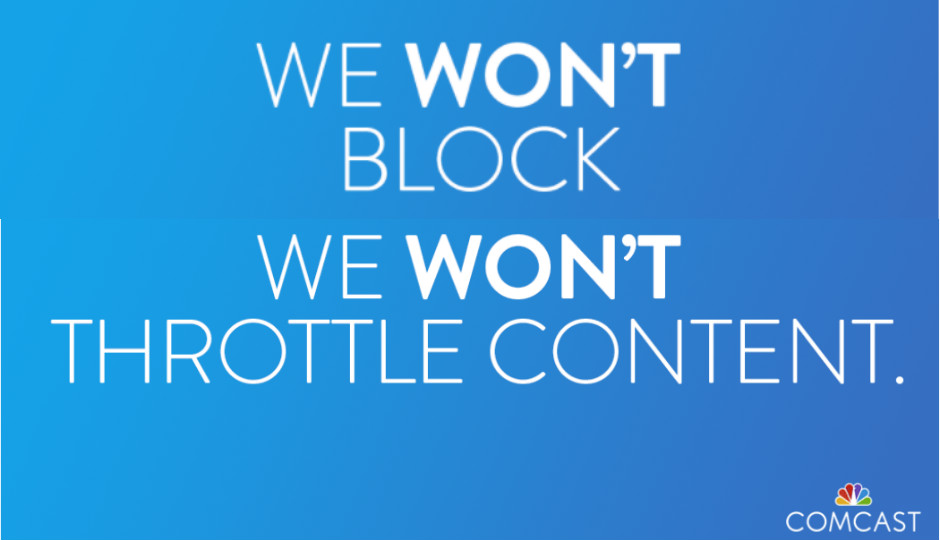 To much public dismay, the FCC voted last Thursday to begin dismantling Obama-era net-neutrality rules. Net neutrality keeps the internet free and open by requiring internet service providers (ISPs) to treat web traffic equally and fairly. With the regulation in place, Comcast, for example, doesn’t have the right to block a user’s access to certain websites or apps and also can’t throttle Internet speeds. Net neutrality also blocks paid prioritization by internet providers, which would allow them to prioritize the websites and apps that fork up extra cash.

As the FCC reopens the bitter war over Internet regulation, Comcast has already gotten knee-deep in its own battle on Twitter.

The company launched a GIF Twitter campaign in April to inform the public that even if net neutrality were to be rolled back, it won’t “Block,” “Slow,” or “Throttle Content.”

We do not block, slow or throttle content. There's widespread consensus on #netneutrality protections, and we support them. -Dan pic.twitter.com/pv18cQBFrg

The company also claims in tweets that it “believes in an open internet” and gives customers “the net neutrality protections they expect.”

We believe in an open internet & give customers the #netneutrality protections they expect: https://t.co/RAa22WEQOA pic.twitter.com/IcyMPB7XZT

The Twitter discussion quickly turned ugly as users berated “Dan,” a Comcast representative who signed off on a number of the tweets. 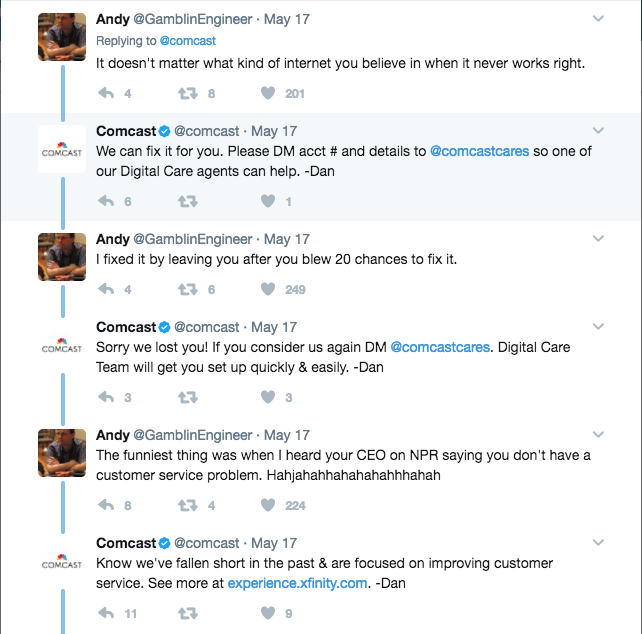 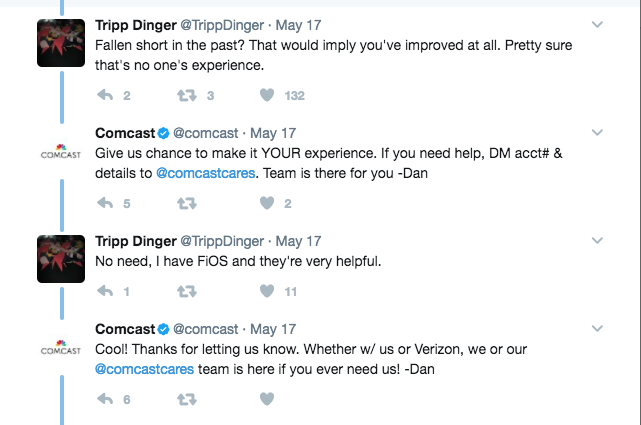 Super duper happy @comcast says they like #NetNeutrality. Their past lawsuits regarding the matter means I super duper don't believe them. https://t.co/Kj6o5IGqJJ

I get it twitter guy, you have to make money like everyone else, but fighting against net neutrality is just immoral. You're a bad person. 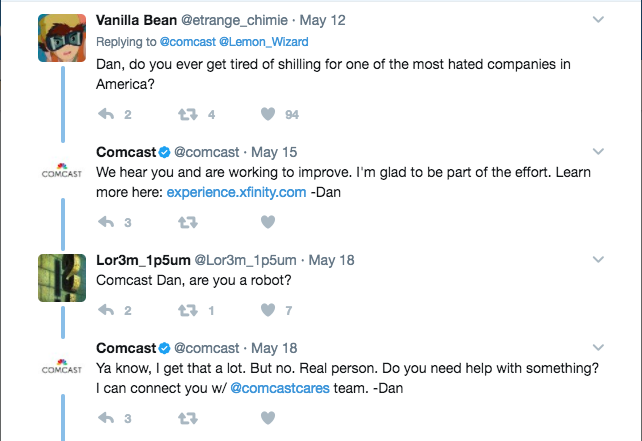 Comcast also tried to educate users on the debate by explaining that Congressional action is the best way to ensure net neutrality, but users quickly called B.S.

Maybe if anyone actually trusted Congress something could be done. But not likely 2 happen anytime soon. Internet should be public utility. 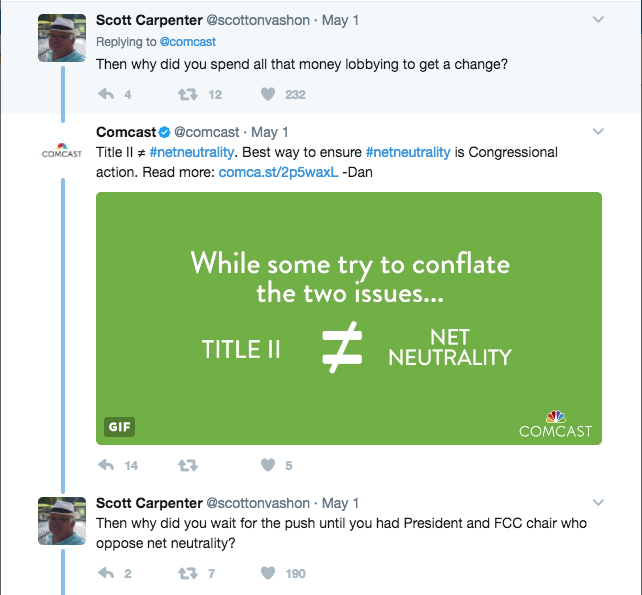 The FCC won’t repeal the net neutrality rules yet, but the vote kicked off a period of proceedings that includes receiving formal comments on the vote from the public. The FCC encourages the public to submit comments about net neutrality and internet regulation here.