Moore, the head of Magento Analytics and a fixture in Philly's startup scene, has some big plans for the growing organization. 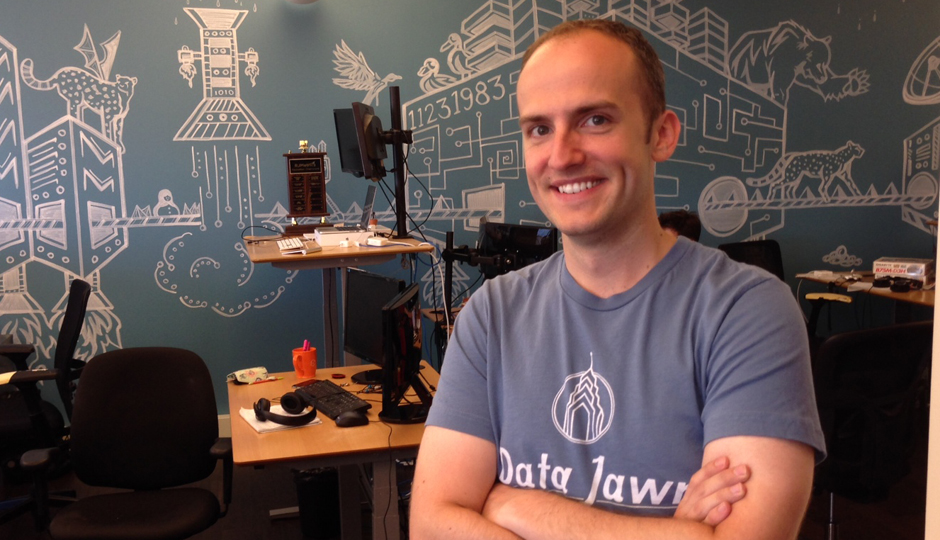 As Philly’s startup community continues to expand and take shape, the small organization at the center of it all is undergoing some major change of its own, too. On Monday, Philly Startup Leaders or PSL, named Bob Moore, head of Magento Analytics at Magento Commerce, as its new president.

But Moore’s appointment to the voluntary role — a win for both PSL and the startup community overall — doesn’t surprise us in the slightest. The technologist has been a fixture in Philly’s startup scene for years, and his story is what many budding Philly entrepreneurs look to as inspiration. Moore had a humble start as an entrepreneur in the region about ten years ago; and last August, RJMetrics, the data analytics empire he built with co-founder Jake Stein, got acquired by the Silicon Valley e-commerce platform Magento Commerce. Though exact terms of the negotiations weren’t disclosed, the exit was a big deal for the company and for Philly: Magento, which serves more than 200,000 companies worldwide, is building out its team right here in Philly, and Stitch, a brand new startup spun out of the arrangement. And even before the exit, Moore help the company raise $23 million in investment capital from coast to coast and grew from 20 to about 150 employees in just a few years.

So what does Moore’s sterling track record mean for the future of PSL and the Philly startup community?

Guru CEO and PSL board chairman, Rick Nucci, says Moore will continue to be the hands-on and engaged mentor that he’s always been to Philly entrepreneurs. “Bob has been immersed in the startup community for many years, back to the inception of PSL,” Nucci told Philadelphia magazine.

Moore’s experience can also help Philly further shape its story. “Bob has experience and success with defining company brand, positioning, and overall narrative. To the extent he can help shape that for the Philadelphia startup community will be much needed,” Nucci said.

Moore will succeed Brock Weatherup who led PSL for the past two years and recently moved to California after selling his company PetCoach to Petco. According to Yuval Yarden, PSL’s program director, one big difference between Weatherup and Moore is the fact that Moore’s entrepreneurial success can actually be linked back to PSL. “Bob’s the first PSL president who’s actually used the resources of the organization. He knows PSL very intimately and now he can help us through the ‘teenager stage’ of the company,” Yarden said. “He’s ready to give back, and he’ll help us create the next version of our platform.”

This year marks the first year the grassroots organization has three full-time employees, and its programs and events including Startup Bootcamp, Startup Accelerator, and Founder Factory have become strongholds in the startup community. To take the initiatives to the next level, Moore, who is now the group’s fifth president, says PSL must focus on helping individual companies reach success. “The Philly startup community has reached a point where it doesn’t need PSL to survive — PSL is no longer about creating or sustaining a community,” Moore told Philadelphia magazine. “It’s about being a force multiplier for that community. To me, that means doing everything we can to help build successful companies here.”

To get there, Moore says the organization will double down on mentorship, education and recruiting. “Everything else — national visibility, government and corporate involvement, and giving back to our city — will come more organically and scale more easily when more world-class startups exist here,” Moore said.

Philly’s startup scene is at a tipping point. It’s been nationally recognized as one of the country’s top emerging startup hubs, and a renewed focus from PSL may be one necessary element to keep the community’s momentum high. And looking at what entrepreneur’s have created here in the last ten years, building and nurturing world-class startups can certainly be done.

“Less than ten years ago, when both RJMetrics and PSL were just getting started, you could attend a few happy hours and feel like you had a good handle on the startup scene in Philadelphia,” said Moore.

He added: “Today, there is a different event every night of the week, dozens of different co-existing communities that make up those events, and so many companies that it’s impossible to keep track of them all. This makes me extremely happy and proud to live in this city, and it speaks to a level of growth that makes me extremely excited to see how far we can go in another ten years.”

PSL will pass the gavel to Moore at an event during Philly Tech Week on May 3.