Sugg reflects on his successful theater career and tells us why he left it all behind for a brand new gig. 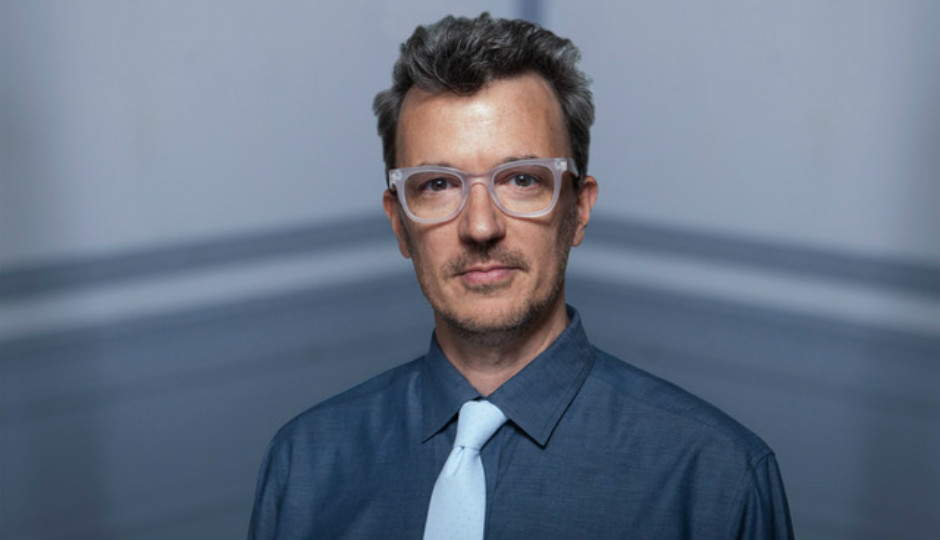 Not many actors get rave reviews from the New York Times, and we’re pretty sure there’s only one such actor who now has a career in real estate.

How successful and celebrated was it? In 2009, Pig Iron won a prestigious Obie Award for Sugg’s performance in Chekhov Lizardbrain, “a Russian tragicomedy” about a mildly autistic botanist. A New York Times review at the time called Sugg’s performance “amazing,” “affecting,” “deeply human, simply real.” And as a composer, Sugg, who traveled the world doing theater with Pig Iron, created 17 original works including full-length musicals with the troupe. He’s racked up four Barrymore Awards for his work as a sound designer and composer. A shabby record it is not.

So what’s Sugg up to these days? He’s now a real estate agent at Space and Company, and the creative dad says he loves who he is and what’s he’s doing. Here, Sugg tells us why he made the shift and also reflects on the Philly arts scene and his time in theater.

I grew up in … Dhahran, Saudi Arabia. I lived there from first to ninth grade. My family was there for 13 years. My parents worked for the Amoco oil company.

I currently live in … Germantown.

Something I miss about living in Saudi Arabia is … the traveling. Whenever you’d go to Saudi Arabia you had to stop somewhere. There weren’t any non-stop flights going there. So it was like let’s stop in Switzerland. Let’s stop in Singapore. I took international trips every year as a kid. I miss that.

I ended up in Philly because … of the Pig Iron Theatre Company. They were casting four parts for an adaptation of Joan of Arc they were going to be making in Philadelphia. They casted me out of New York.

I worked for Pig Iron Theatre for … 18 awesome years. I traveled the world with them.

When I left Pig Iron … I cut the cord with my entire theater life, which was a major undertaking and took a lot of willpower and saying a lot of “no’s.” It took forever to get out.

I came to theater because … I was that kid who always got cast in the musicals. I could sing so they would always give me a part. I kept singing so I was in every choir. I was that kid. I ended up at Oberlin’s conservatory with a degree in opera. When I graduated it was the same thing. I got my actor’s Equity card right out of college and did musicals in Seattle. After three years I said “I have to go make it in New York.” I auditioned there and got nothing. I gave up, really. New York swallowed me. It was gruesome. I didn’t understand the big picture of how theater works in America. I ended up just hanging in New York, not pursuing theater until I auditioned for Pig Iron. When I auditioned, I ended up in Philly doing the show. It was a complete overhaul of my theatrical ambitions and skills.

Something unique about Pig Iron is … they have a very particular way of making theater, which forces everyone in the room to be a creator. Once I could imagine myself as a creator rather than as an actor who needed to be hired, I became an asset in any theater-making room.

My arts career is unique because … for 17 years I did pure theater work. That’s pretty rare for a theater person. They always have that “other” job. But what happened is I started making music for Pig Iron. That became my “other” job. I was an actor but then I also became a sound designer and composer. That was my true calling, I think. I did a lot of that at the end.

Everyone should go see a Pig Iron show because … they are creating truly new theater, and they will surprise you. There is something in the very fiber of the people that was like, at some point in the show we will pull the rug out from beneath you.

I play … most instruments badly. I play my voice, keyboard, woodwinds, strings, percussion, but badly.

Listen to a song from Sugg’s 2011 album The Sea, a rock opera about the seafaring life:

A show coming up on my calendar soon is … 946: The Amazing Story of Adolphus Tips. I’m heading up to Brooklyn to see it this weekend at St. Ann’s Warehouse.

The most compelling theater I’ve seen in the last decade has been … from the off the beaten path small companies that I’ve seen at the Edinburgh Festival. There are always random companies from Poland and Belgium there, the most outrageous individuals and comedians. The strangest nooks and crannies of theatrical creators come out of Edinburgh. It’s the king of alt-theater spots. 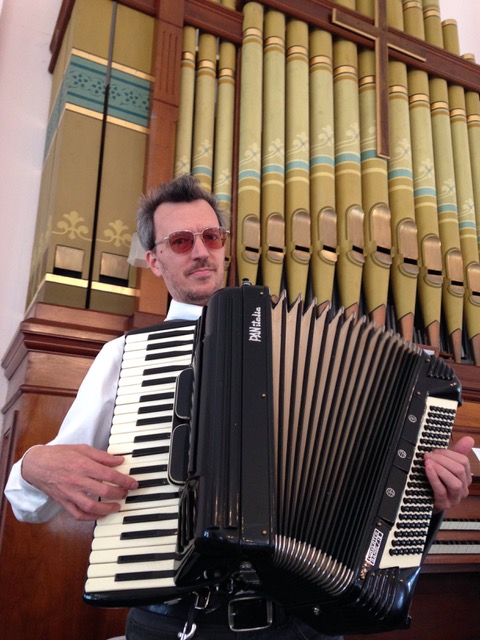 U.S. arts education is … a pay-to-play system. If you have the money, you can get a master’s or doctorate degree in the arts. It doesn’t matter how skilled or unskilled you are. No one will tell you if you suck because you’re paying. Poland, for example, has a completely different system. There are three theater schools there and each year each school graduates ten students. So each year 30 new actors get placed in a company in Poland somewhere and have a year contract. They know they have a job because each town has its own company. And with that comes a certain level of confidence and freedom that the actors show on stage. I guess it’s a remnant of their socialist past.

The arts in Philly are … pretty remarkable, truthfully. We have incredible visual arts, dance, the mural program. We have both regional theater models and devised models. I think Philly is rare. It really has a rich, diverse, experimental arts scene. It also has funding, which is what holds everything up. Many cities have great arts scenes but they don’t have the funding and so young people aren’t going there, and old people are dying. From working with actors who come here, they’ll go up to Kensington or Fishtown and hang out up there. And they’ll say this is what Brooklyn wishes it could be. Young people can live here and make enough money to buy a home, and have the time and space to work. Whereas in Brooklyn, who can afford to do that? I feel like we have it all here.

I got into real estate because … I bought my first house. I bought a house through Trish Kelly who has seriously helped very single one of my friends buy a house. I never considered real estate as a career until I was out looking for a house on my own, and I enjoyed that process. I also felt my creative well running dry. I didn’t enjoy being on stage anymore. And I wanted to see what it was like to make a bit of money. So I got my real estate license.

For those looking to pivot to a new career later on in life … know that change can be good. I love the new me. It’s been really hard work. Last year, my parents, at 72 years old, moved to Philly from their hometown of Nashville. They left all of their best friends, church and community and were like, let’s see what’s next. I was impressed by that. I guess I have a bit of that in me.

My wardrobe now is … definitely upgraded. I had to go on the Penguin website for some collared shirts. I’m no longer wearing my standard sound designer uniform. I’m somewhere between suits and my old self.

An exciting deal I closed recently is … a story I’m proud of. I have a client now who I started working with eight months ago whose top sale price is about $125,000. We went out and looked at houses one day. Then I got an email that his cat got sick and passed away. He used his money to treat his cat’s illness and then to put the cat down. That was incredible. Then eight months later he called me and told me he saved up the money again. We are under contract now for a house that is modest.

The best thing about being an agent now is … the fact that I can help a young artist who’s not sitting on a bank load of cash buy his first house. He was committed to the idea in his own way and stuck it out. And this what Trish Kelly has been doing for 20 years, and it’s become my mission too. For artists who have never owned a house or a car, she helps artists invest in themselves and invest in the community in Philly. When that happens, it’s the best.

A work from my career I’m most proud of is … the original music I did for Anne Washburn’s Orestes. The music for this Greek tragedy was a cappella for an ensemble of six women. It was a proud moment for me. Now that I’m doing nothing in that field, it is nice to go back and listen to recordings of things. It’s satisfying.

I’m inspired by … my son. My world is about my one year old. He takes over everything. I can say that his joy and open-mindedness are definitely an inspiration to me now. Wow, I’m such a father. I just said all that stuff.

My favorite line from Johnny Showcase’s song about me is … “he’s a microwave oven but he takes his time.”