There's still time left on the restaurant's lease, but it appears the tenant is willing to leave if a replacement can be found. 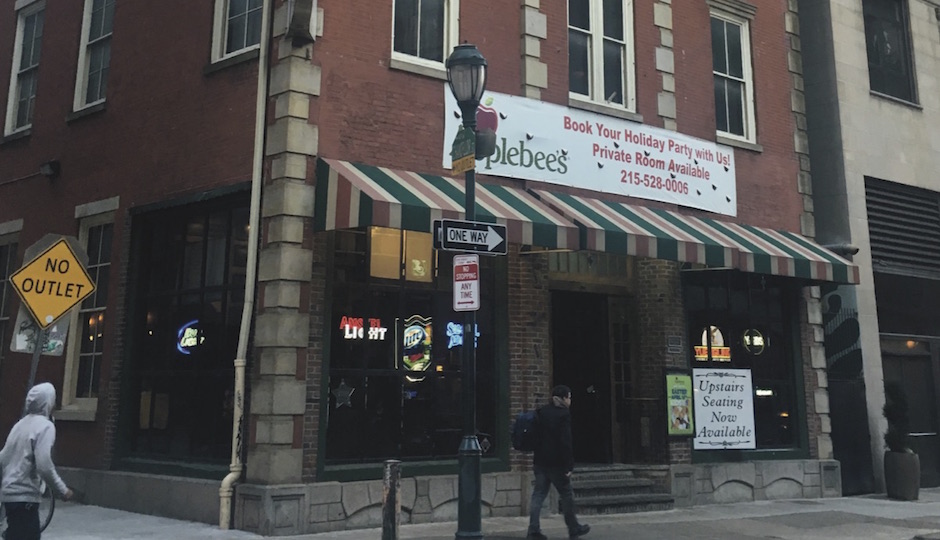 Applebee’s on 15th Street looks like it may follow the restaurant it replaced, Bookbinders Sea Food House, into the ranks of eateries past. | Image from CBRE marketing brochure

Spotted on the street in Center City this morning: a brochure (PDF) announcing that the space at 15th and Chancellor streets that’s currently home to an Applebee’s restaurant is available for lease.

The brochure from CBRE Fameco touts the restaurant’s prime Rittenhouse Row location, pointing out the 10 hotels within a three-block radius (not to mention another one just beyond that circle and at least two more on the way) and the attractive demographics of Center City.

As of now, no one at Applebee’s local franchisor, the Rose Group, has been able to comment on the record, but this move suggests that the strip-mall pub staple hasn’t been able to draw customers in either the way it did when it replaced Bookbinders Sea Food House about a decade ago or the way current management would like it to now (or both). The restaurant remains open while the space is being marketed, which means there’s still plenty of time for you diehard Applebee’s fans to get a fix in.