I Tried It: Training Like a Champion With Olympic Athlete Anthuan Maybank

My one-on-one workout with the gold medalist was tough as hell, but I emerged victorious. 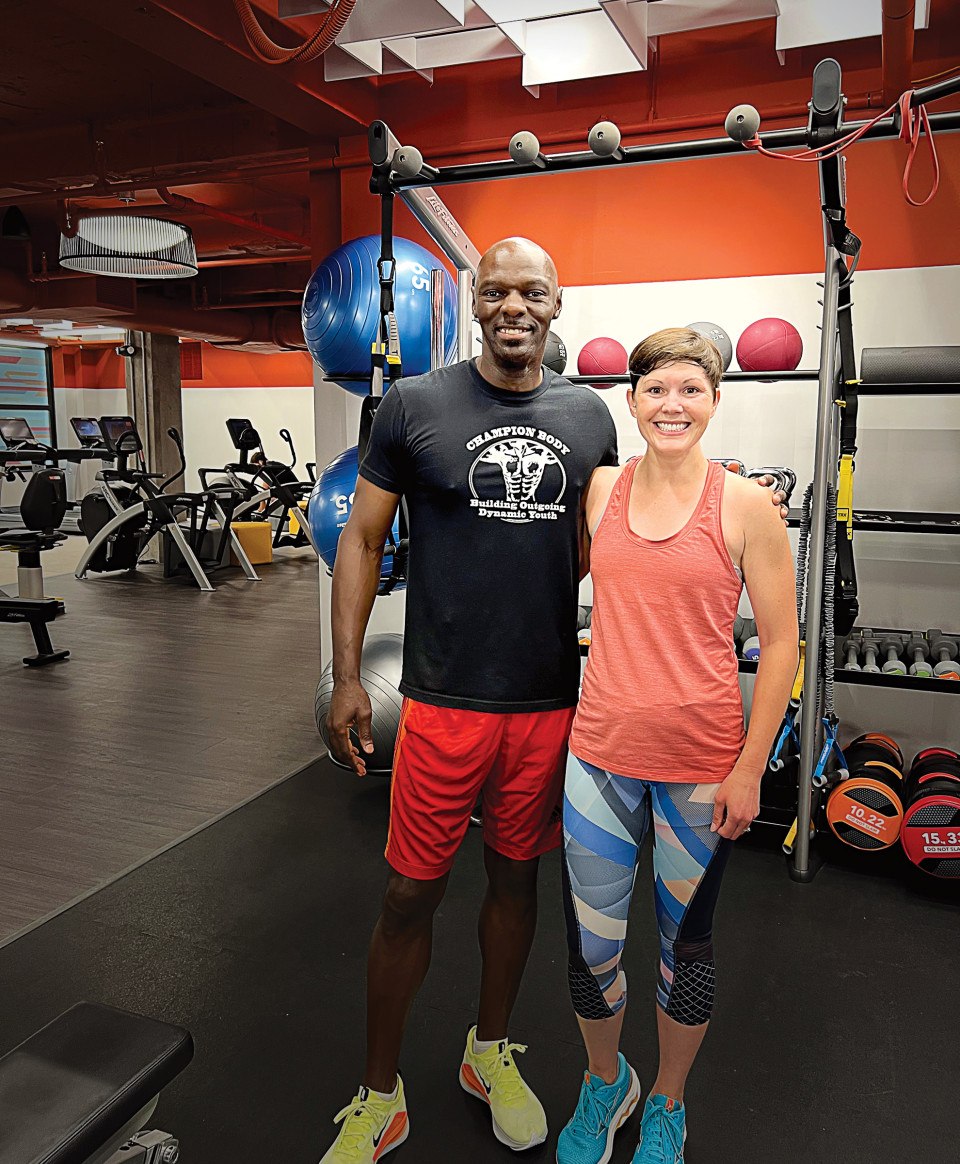 I didn’t know what to expect from my “Train Like a Champion” session with retired Olympic runner Anthuan Maybank at Hotel Du Pont in Wilmington. Part of me thought I had it in the bag — I’m no Olympian, but I run long-distance. The other part? Sheer terror, and the belief that I’d get laughed out of the gym.

Thankfully, that didn’t happen, but I did get the workout of my life. Offered by the hotel, the program gives participants an hour with Maybank, a Wilmington resident who earned gold in the men’s 4×400-meter relay in 1996 and today runs Champion Body, which helps young people and adults build mental strength and enhance athletic performance. His approach to training? Strength starts with a solid core. And my midsection was going to feel it.

“Through your core, I work in both directions — north and south — at the same time, so that you’re using at least five different muscle groups at once,” he explained as we entered the hotel’s luxe gym. “It’s not just your lower or upper body that will be fatigued; you’ll feel fatigued all over.”

I learned that balance and body weight are key; if weights are used, they’re less than 10 pounds, to build lean muscle and endurance. (Smaller weights are easier to sustain for a longer amount of time and more reps, Maybank said.) He didn’t tell me how many exercises we would do, but it amounted to about 15, typically with 10 to 15 repetitions of a movement on each side of the body.

Up first was a series of plank-based exercises, including a two-point plank that saw me touching one knee to my chest and raising my arm with a five-pound weight in hand. Initially, I thought this exercise would be a cinch, but those reps proved challenging — even more so because I was nervous. To help make the exercise feel more doable, Maybank advised starting with your non-dominant arm or leg because “it’ll make you feel stronger when finishing.” Noted.

Among the next workouts were side planks with a weighted-arm raise and one leg elevated (the higher you lift, the harder smaller muscles like side glutes have to work, Maybank told me), plus weighted toe-touches followed by a superman — a.k.a. when you lie on your stomach and extend your arms and legs away from your body like you’re flying. 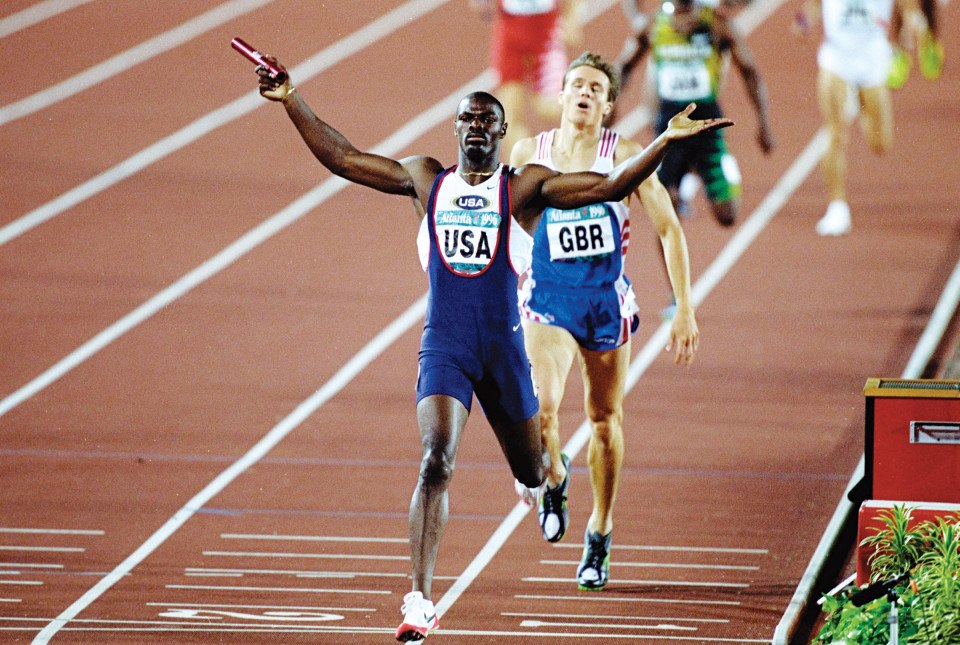 Maybank anchoring the USA team to victory in the men’s 4×400-meter relay at the 1996 Centennial Olympic Games in Atlanta. / Photograph by Mike Hewitt/Allsport

Through it all, our conversation continued, whether I was laughing at myself or he was offering encouragement and tips. (He told me numerous times to keep my hips down while doing anything involving a plank.) “Some of the best parts of personal training are the conversations,” he said. And it’s true: You learn a lot about how a person — yourself included — tackles what life (or your trainer) throws at you in only an hour.

We eventually moved on to two-point planks with five-pound dumbbell rows — so Maybank could examine my form and provide tips for the future — and my favorite segment, legs, which included weighted single-leg Romanian dead lifts into forward lunges and curtsy lunges into side-leg raises. My quads and glutes were feeling the heat by this point, but I felt successful.

That victory was suddenly shattered with the BOSU ball. I’d used the device — which is good for balance, stability, and fast-twitch muscle development — during upper-body workouts, but never for my lower body. Until now.

Maybank put the ball side on the ground and helped me stand on the flat top. It was a roller coaster, even with him spotting me: I couldn’t get my shaky legs under control, and I could barely complete the squats and side-leg raises.

Luckily, Maybank said that with my running background, I’d get the hang of it quickly at home — though he cautioned me not to try it without someone there to spot me.

The remaining minutes featured a segment using an incline bench to help me focus even more on my core, and push-ups to “verify” what I told him was my not-so-strong upper body. (He did, indeed, verify it.) During the bench routines — such as an elevated version of the side plank — he revealed that most of his exercises don’t require equipment because some of the students he coaches don’t have access to a gym. He wants to make his Olympic-level routine achievable for everyone, whether you’re an underserved teen on your way to athletic greatness, a 37-year-old who wants a sustainable exercise regimen (yours truly), or one of his oldest clients, a 58-year-old woman he says is stronger than most people he knows.

As we wrapped up, Maybank suggested that I perform his workout two times a week to complement the running I was doing for an upcoming half-marathon. It’s working; I feel more confident in my body, and though I haven’t convinced myself to get back on the BOSU ball yet, I know I will soon — and I’ll stand up stronger and prouder once I do.

Published as “Going For Gold” in the 2023 issue of Be Well Philly.