In her new book, The Tattoo Monologues: Indelible Marks on the Body and Soul, Philly nurse practitioner Donna Torrisi chronicles the personal stories and photos of 26 Philadelphians using body art to mentally and emotionally heal. 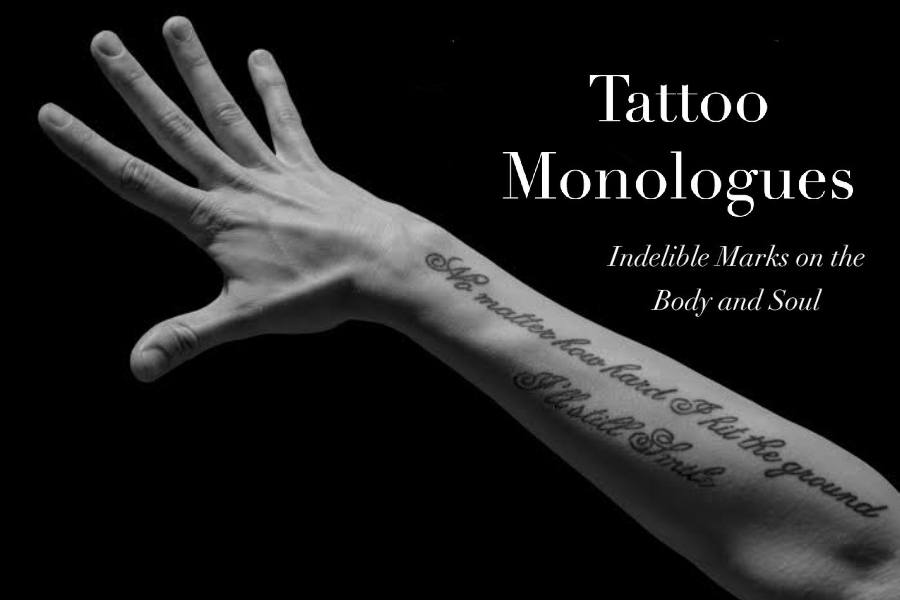 People get tattoos for a variety of reasons: to honor a loved one, to represent part of their culture, to express themselves, to commemorate a life event, or simply because they think tattoos are cool. (I have three tattoos, each of which I got after tough breakups, but that now serve as general reminders to keep looking and moving forward in life.)

But for the tattooed Philadelphians featured in a new book, their body art shares the same purpose: to help heal from trauma.

Released today, The Tattoo Monologues: Indelible Marks on the Body and Soul showcases the stories of 28 women — 26 of whom live in Philadelphia — who use body art to process mentally, emotionally, or physically difficult times in their lives, from grieving the loss of a child to coping from abuse, addiction, or identity issues.

The collection of personal narratives — paired with black and white photographs shot by local photographer Ken Kauffman — aims to highlight both the struggles and resilience of those featured, while also destigmatizing conversations surrounding trauma and mental health, says co-author Donna Torrisi, a Philly nurse practitioner who helped found The Family Practice & Counseling Network in 1992.

“Having a tattoo, especially one in a visible place, can help the wearer tell their story to others, and take back the power that their past trauma once had over them,” Torrisi says. “It’s also a reminder that people aren’t alone in their suffering, which can give someone the courage to share what they’ve been through — almost like saying, ‘Look at who I am and what happened to me. I am still here and surviving.’”

Torrisi was inspired to write the photo story book after realizing that many of her patients at the local community health center got tattoos as a cathartic response to pain or loss. Getting to know patients’ stories and who they are as people via their tattoos and resulting conversations, she says, can help healthcare providers better serve their patients. “Healthcare providers should be, in some way, trauma-informed because trauma plays into health issues, including anxiety, depression, heart disease, and disordered eating,” she says. “Big improvements can be made simply by replacing the question, ‘What’s wrong?’ with ‘What has happened to you?'”

The Tattoo Monologues can be purchased for $39 here. Below, find six Philadelphians’ tattoos and their meanings included in the collection. 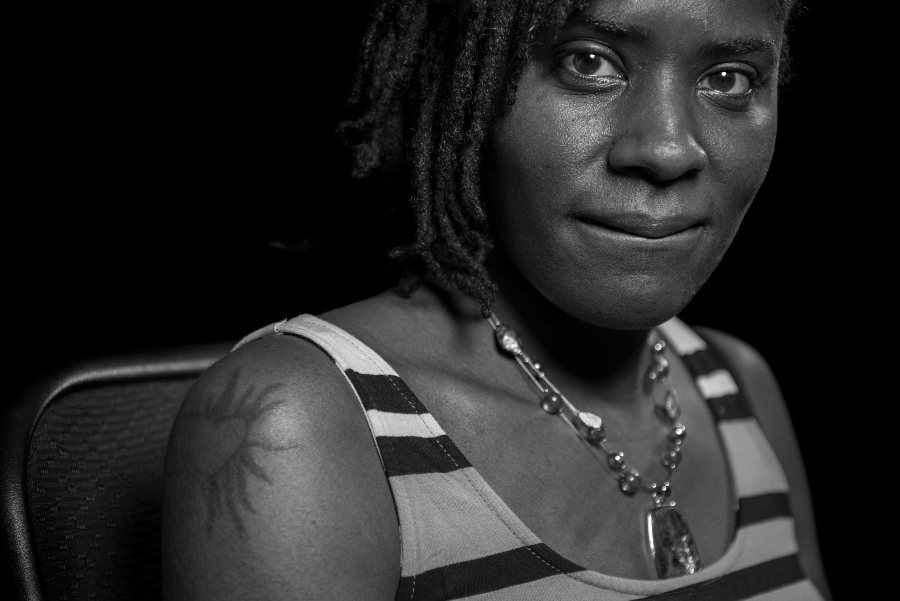 Deigh’s tattoo of a heart encased in fire signifies her life’s turning point of seeking help from years of abuse at the hands of her father. “I am a person with a lot of heart, courage, and passion,” she says. 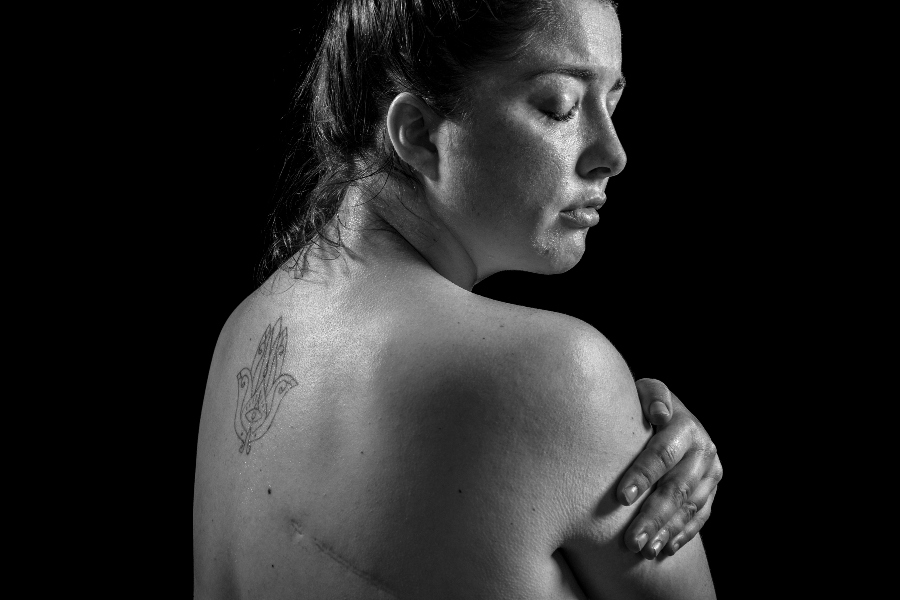 Torrisi’s tattoo of the hamsa — a palm-shaped design popular throughout the Middle East and a sign of protection — represents her reclaiming power and control over her mind-body connection. Torrisi underwent multiple body-scarring surgeries due to a health issue at birth, resulting in PTSD and distrust of her own body. 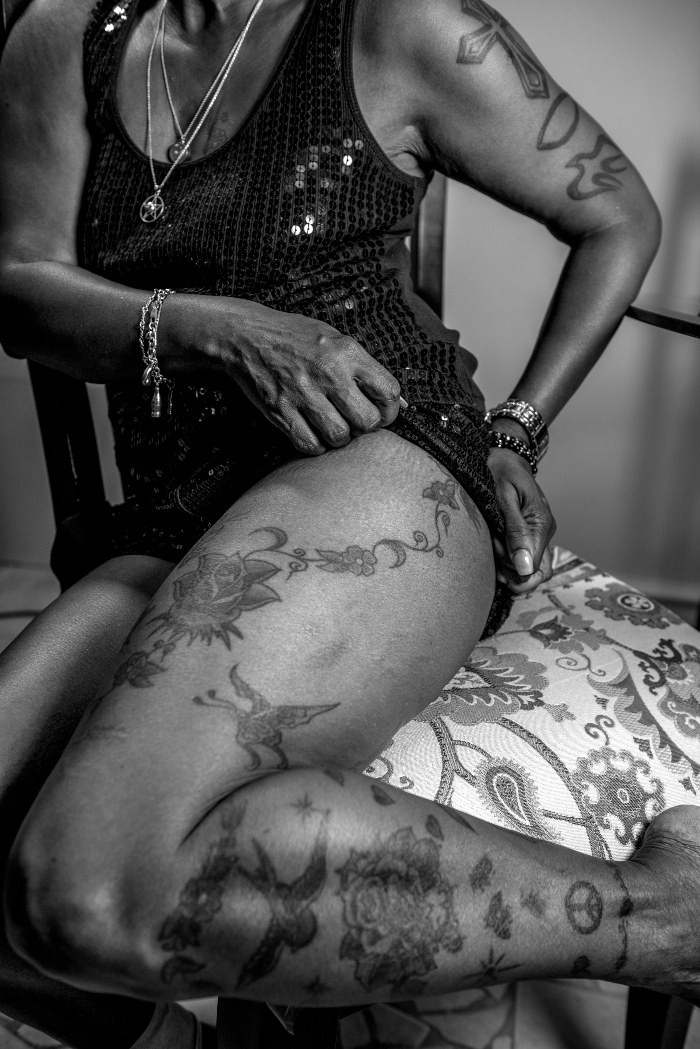 During childhood, Inge’s mother was very controlling, but made her feel worthless. “My mother made it very clear that she had me for my father, and when he was gone, she had no use for me,” she says. “The rejection I experienced from my mother was compounded by the feeling that I never did anything right and I was never good enough.” Inge’s sprawling vine tattoo symbolizes her constant growth through struggles. 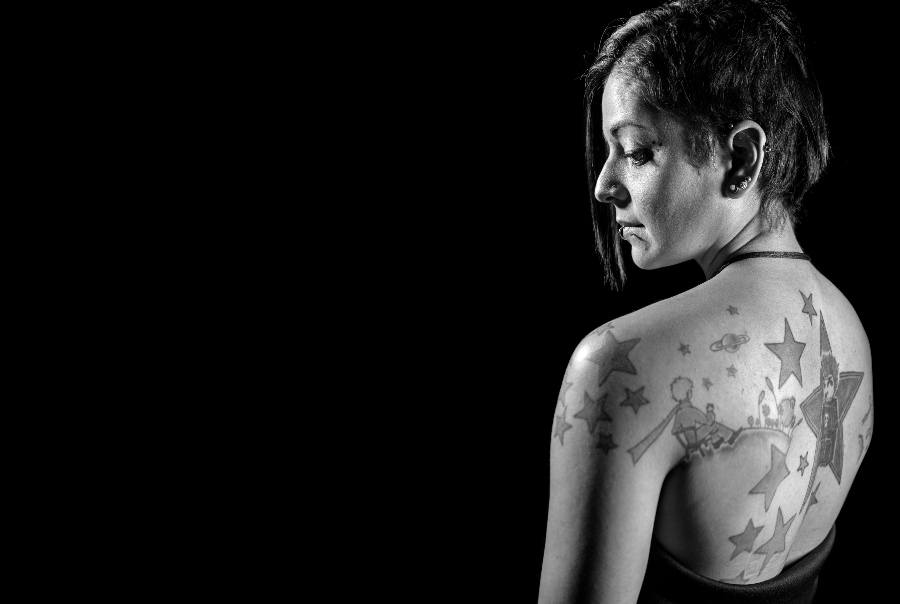 Arafin’s back tattoos are “emotional releases” from various traumas, including cognitive difficulties as a result of surviving a ruptured brain aneurysm, depression, and the loss of her husband. 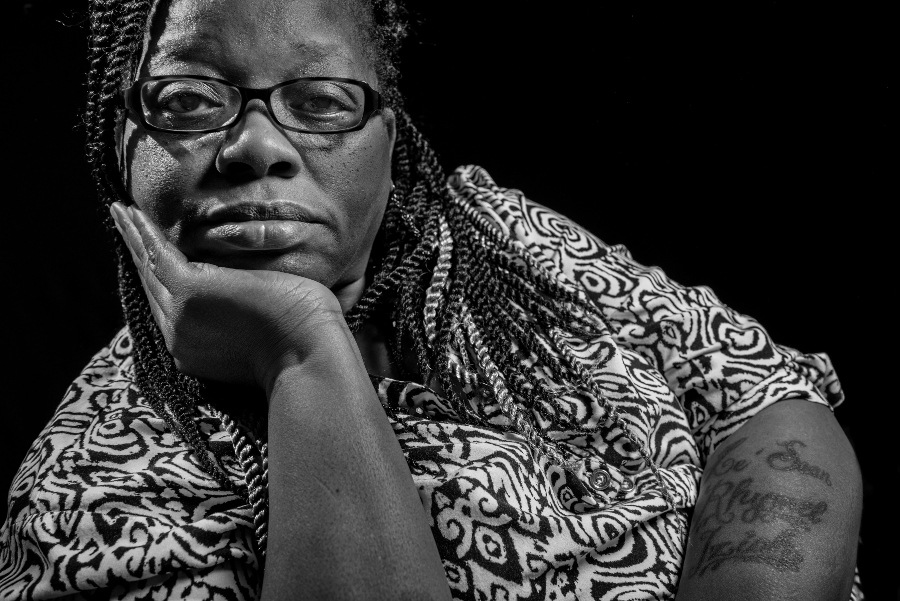 Smith’s daughter Le’Sean was born at four months gestation and lived only six hours. Smith got Le’Sean’s name tattooed on her arm to always feel close to her. “I know I will never see her again, but she is always with me,” Smith says. “I kept all her little things in a box, but we lost it all in a house first. Now, this tattoo is all I have left of her.” 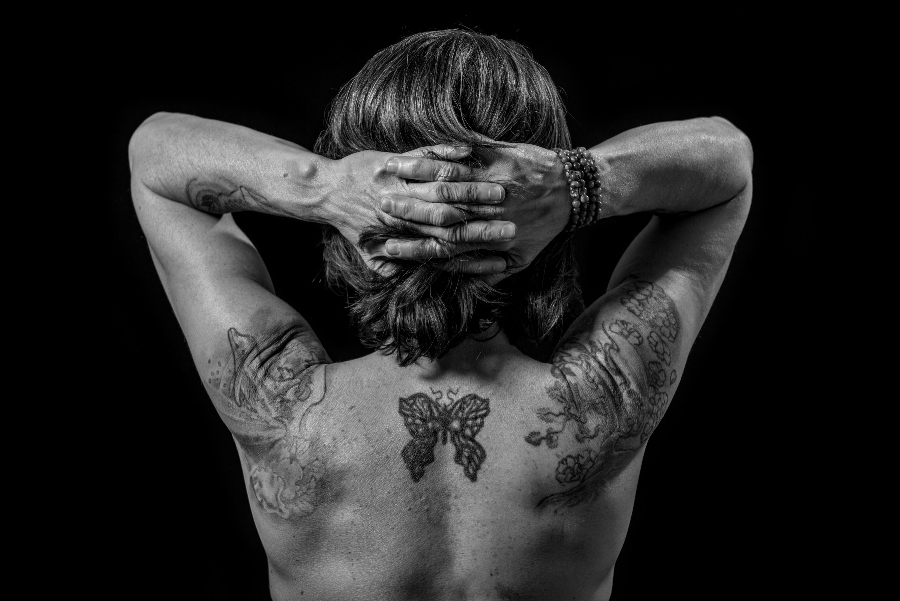 Arnold says her tattoos represent healing and redemption — from alcohol addiction and the loss of two father figures to learning she was adopted and coming out later in life.