Run Jam, a Philly-Based Running Event with Global Reach, Kicks Off This Week

The three-day Run Jam event includes a panel on the future of running, a live-streamed elite track competition, and a Coast to Coast 5K presented by Saucony. 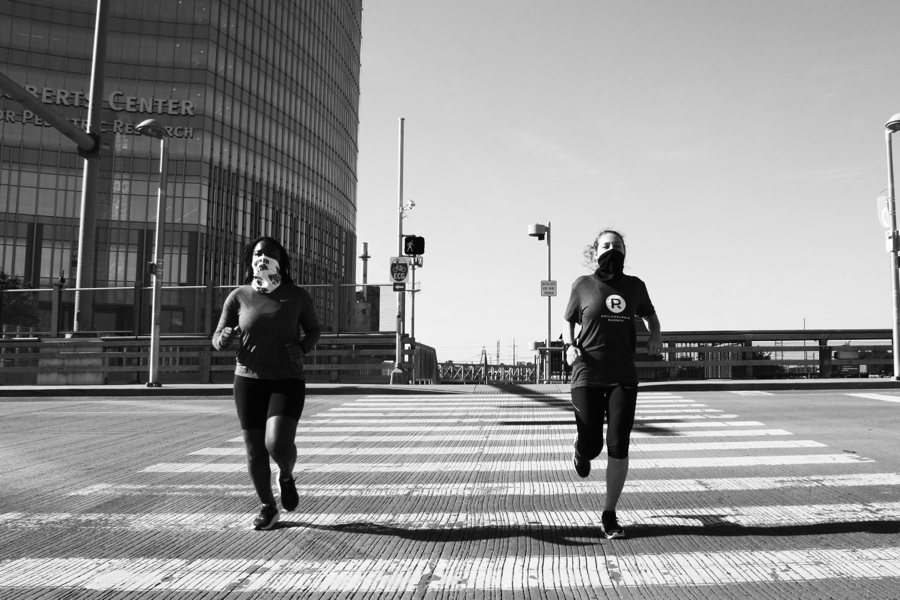 Runners in Philly will imagine what the future of running looks like at new event Run Jam. | Photograph courtesy of Runhouse

It’s been a strange year for the running community, but that’s not stopping runners — in fact, they’re just getting more innovative. From mapping the perimeter of Philly to coming up with a new Harvest 5K and 10-miler with a stellar training plan and costume photo goals to starting entirely new running groups, Philly is out there moving. (And we truly love to see it.)

The latest project out of our unbeatable running community is “Run Jam,” a three-day event that’s based locally but has participants around the globe. The concept driving Run Jam is one of bringing thought leaders together to discuss the future of running, as well as to get people on their feet (They’re hosting both an elite track competition and an all-levels virtual 5K.) The whole shebang is produced by Runhouse, the team behind the Philly 10K and “Solo Summer” 10K.

“So much has happened in the world over the last nine months, and it’s forcing us to face difficult conversations across all facets of our lives — and to think about the future we want to build. Running is no exception. People are still out there running, seemingly more than ever,” Runhouse president Ryan Callahan says. “The thing missing is the community. Perhaps the thing that makes running more special than nearly any other sport is its ability to cultivate a really rich community. Run Jam aims to do three things: Bring people together in something that feels as close to race day as we can reasonably have right now, get runners to think about the future and their part in it, and just have some fun and watch elite runners throw down at the track.”

The week begins on Thursday at 7 p.m. with a “Future of Running” panel made up of leaders working to redefine the next generation of the sport, and talking about how to build a more inclusive and equitable community for all runners. Knox Robinson (@firstrun) is the host — he’s the founder of the Black Roses NYC running collective, among other fitness endeavors, and has appeared on the cover of Runner’s World and Outside magazines. The panel will feature Alison Mariella Désir, the co-chair of the Running Industry Diversity Coalition, who was named by Women’s Running as one of twenty women changing the sport of running and the world, as well as innovative thinkers and athletes like Kathy Dalby, Kiera Smalls, Takia McClendon, and CeCe Telfer, among others.

“Running, like most things in the world, looks very different now than it did nine months ago. The time to push the sport to be accessible and inclusive of everyone is now. How do we make sure the future of the sport is one of inclusivity and representation of underrepresented voices? How do we make every single person feel welcome and safe? What do running communities and events look like once the pandemic ends?”

The second part of the event is “Track Night Live,” which will also be hosted by Robinson. On Friday night, winners will compete for $1,500, and participants will have a watch as the video goes from track to track around the country in search of the fastest mile — in between, they’ll broadcast interviews, music, and virtual cheers with a “Friday night happy hour” vibe. Runners will participate from as far afield as Kenya, with a livestream for runners in Philly to watch as they toast to the victors. The events conclude on Saturday with the Coast to Coast 5K presented by Saucony — a virtual race event that starts at the same time globally (10 a.m. EST) and concludes within one hour of the start time. This step makes this virtual 5K a bit different than other virtual races, since everyone will be running at exactly the same time.

A  portion of proceeds from Run Jam will go to fund coaching and training services for underserved running populations, an initiative that City Fit Girls helped to bring to life. Sales of Run Jam tickets also support The Running Industry Diversity Coalition, a coalition of running brands, running retailers, and runners representing Black, Indigenous and people of color who are working together to increase diversity within the running industry. Tickets range from $20 to $40, with suggested donation (pay-as-you-can) tickets available upon request. If you’re so inclined, you can register here.