The Philly native was recently promoted to soloist at American Ballet Theatre, one of the most distinguished ballet companies in the world. 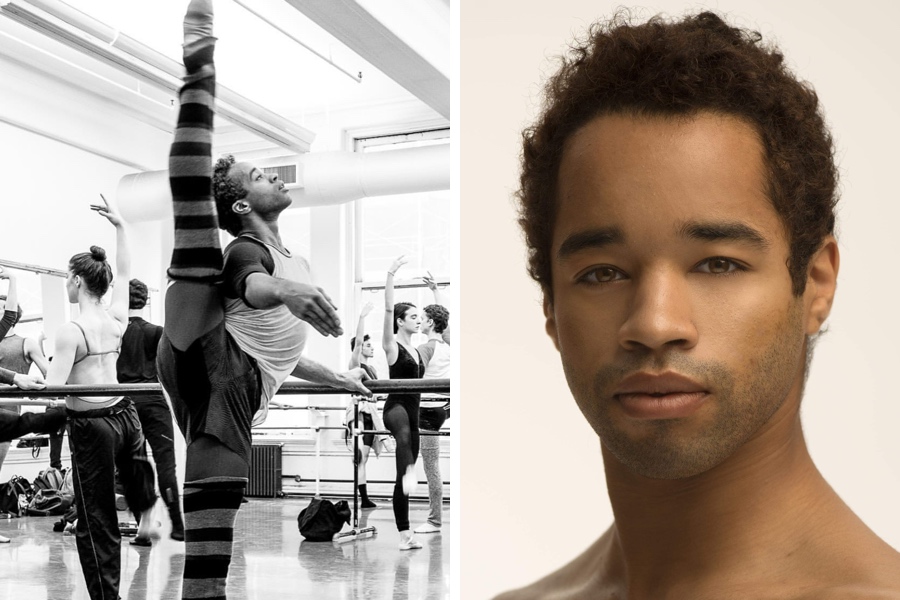 Classical ballet dancer Gabe Stone Shayer grew up in Center City, dreaming of traveling the world. “I used to love walking on the Parkway and reading all the different flags,” he says, “I would go to the Free Library and I’d always check out a different language book for kids.”

Shayer attended pre-school at The Philadelphia School in Fitler Square, then elementary and middle school at Albert M. Greenfield a few blocks down on Chestnut Street. While at Greenfield, he attended three dance schools in the evenings: the Koresh School of Dance, Gwendolyn Bye, and The Philadelphia Dance Company. At 12, Shayer transferred to the Pennsylvania Cyber Charter School in order to attend The Rock School for Dance Education full-time.

At 14, he finally achieved his childhood dream of living internationally. He moved to Moscow, Russia to split his time between The Rock and the world-renowned Bolshoi Ballet Academy — an institute which is older than the U.S. itself — before moving there full time. At Bolshoi, he was the first Black dancer to ever attend the program and the first Black dancer to graduate at the top of his class.

Now 26, and a semi-converted New Yorker, Shayer was recently promoted from corps dancer to soloist at the prestigious American Ballet Theatre after 9 years. American Ballet Theatre (ABT for short) is one of the most distinguished ballet companies in the world, and the official national ballet company of the U.S. The organization is currently comprised of around 90 dancers from across the world. The company hails from Shanghai to Buenos Aires, to Lexington, Kentucky to New York, New York and of course, Philadelphia. Shayer is the only current dancer in ABT who was born and raised in Philly and attended the dance schools here — and one of its few Black dancers.

Shayer’s work routine and career were abruptly interrupted because of the pandemic. As a dancer who performs for a living at ABT, a company that ordinarily does so for 300,000 people annually, the change in pace and the lack of performance was extreme. Seven months ago, a normal day for Shayer would include waking up around 7:00 a.m., heading to class shortly after, and ending his day around 7 p.m.  And then he would start all over again. This packed schedule all changed when the pandemic hit. But Shayer had become accustomed to the stop and start of dancing — he had been injured a couple of years prior, so he had developed patience.

“I knew I would come back, but it was going to be a long recovery so I had to think on my feet — pun intended — and come up with alternatives that would take up my time, keep me inspired, get me paid and keep me creating in some capacity,” he says.

During the pandemic, Shayer prioritized restorative activities: sleeping and resting. But he also kept up on his physique — a necessity for a dancer. He began doing simple exercises, including ones to strengthen his calves and feet, and jogs to work his way back up to a more active routine. He took up meditation. He started thinking about ways that ABT could keep creating and sharing dance online, while “keeping the integrity of classical ballet and live performance.”

Shayer reflected a lot on race this summer, as the rest of the country and world did, too. He was adopted at birth. His mother is blonde and blue-eyed; his brother is his mother’s biological son. He was partly raised by his Ghanaian grandmother, who was originally the family’s nanny. Gabe became extremely close to her — he would travel to Ohio, where her kids lived, to stay with them for periods of time. She became a powerful influence on him and considered her his grandmother. Shayer’s mother still lives in his childhood home, and his brother lives in Philly as well. He still misses Philly, he says. He misses the Caribbean food trucks across from 30th Street Station and his favorite event, the Odunde Festival, which typically happens in the middle of his season.

Though he always had a nuanced understanding of race, which he attributes to his family’s mixed background, Shayer was aware than when he walked out into the world he was seen as a Black male. At dance competitions people would sometimes undermine his assertion that he was a classical ballet dancer and would one day join a classical ballet company. Though Shayer says he did not experience overt racism during his time in Russia, he was aware of the significance of being the first Black male dancer at the Bolshoi. When he first joined ABT, he says he was pigeonholed, cast primarily in contemporary roles, or often as a creature and or a villain. Shayer’s dream roles were heroes and lovers: Spartacus, Des Grieux, or any prince.

His September promotion to ABT soloist, especially following the Black Lives Matter protests this past summer, has given him new energy and perspective. “I’m moving in the right direction,” he says, “to dispel any stereotypes or stigmas against Black males, against Black males in ballet.” However, Shayer wasn’t always so vocal in dismantling these narratives. “At first, I wanted to do it simply by existing,” he says, “I realize now that I do need to promote it and talk about it so that it’s visible to youth that look like me,” he says. He wonders how the current BLM discourse may have real impacts on stage, but only time will tell. For now, he wants to do everything he can to make an impact as one of the few professional Black male classical ballet dancers at the height of his career.

It turns out that Shayer will make a new kind of impact with his upcoming debut on the virtual stage. ABT’s fall season was originally planned for October 21st to November 1st 2020, but on October 1st, the company announced its cancellation. Instead, they are debuting “Autumn @ ABT”, a digitally distributed ballet program filmed in COVID-safe “ballet bubbles” in New York — just like the NBA. Choreographers and dancers, including Shayer, participated in month-long residencies where they crafted and perfected their performances. The final result will be released to virtual audiences around the world this autumn, with a launch at the 80th Anniversary Fall Gala Celebration on November 18th on Youtube.

For a closer look at the ABT virtual programming, and the joy and resilience of these new virtual ballet endeavors, visit their website.