This Local Author Wants to Help You Ditch Your Imposter Syndrome 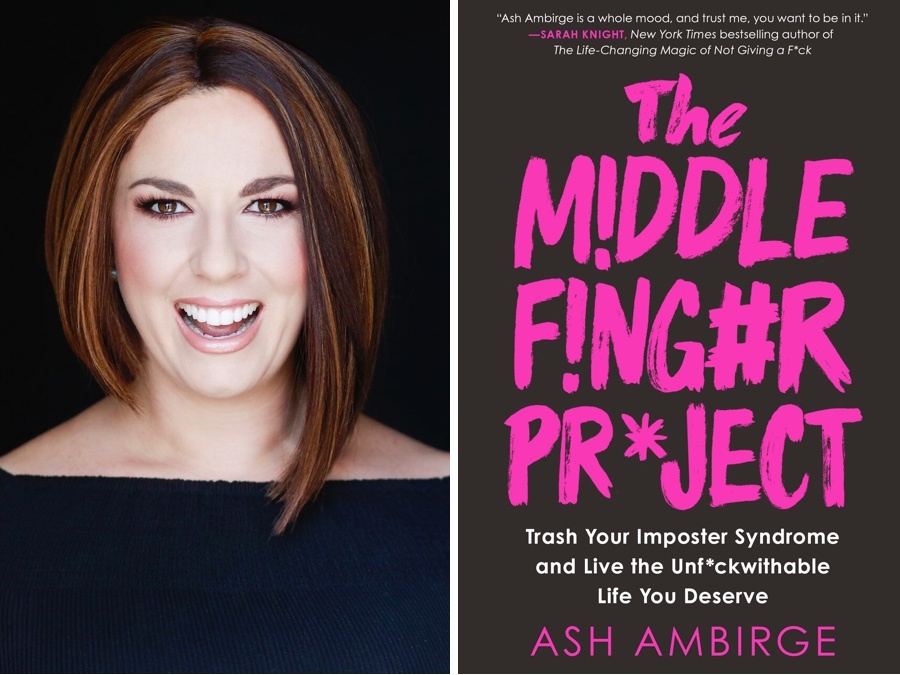 Imposter syndrome is something almost everyone struggles with at some point. It’s that feeling that you might be a total and complete fraud, that you just can’t possibly be good enough for whatever you’re doing — that promotion, that interview, that job, whatever.

Ash Ambirge, 35-year-old lifestyle blogger and author of the newly released book The Middle Finger Project, wants to help you crack down on your own imposter syndrome and pursue your goals. Ambirge had her share of trauma: she grew up in a trailer park in rural Pennsylvania with a mother who had social anxiety and died when Ash was young. The author felt she needed to chart her own path to a successful life — and learn how to mother herself. We chatted with her about growing up in Pennsylvania, why she wrote the book, and how to face your fears in order to go for what you want.

Be Well Philly: You were born in Philly, but you’ve lived all over. Why did you move back?
Ash Ambirge: I was born in Roxborough back in 1984, before my mom moved us north to Scranton. (Lies, it was even farther northern than Scranton, to Susquehanna County.) I grew up there. It’s a beautiful place full of rolling hills and breezy wildflowers and hay bales and old farmhouse fences, but it’s also a place where rifles are raffled off at happy hour and alcoholism ruins lives and fracking is a religion.

It made sense why we were there: my mother had severe social anxiety, deemed clinically unable to work, so I think it was a retreat for her. She was assaulted in the parking lot outside of the Plymouth Meeting Mall when I was just a baby, right at Christmas time when she had just gotten her bonus check from the bank she managed in Roxborough. They took all of her presents and made her crawl underneath her car, where she stayed for hours, terrified. I don’t think she was ever the same.

And so I grew up in a quaint little trailer park in a quiet place far away from that trauma. I was mortified by it, but she was doing the best that she could. As a result, however, an obsession grew within me from a very young age to understand two things: what did a good life look like, and what was it to do work you were proud of? I never saw those things modeled for me—which is why, when she passed away when I was twenty-one, I did the only thing that made sense: I returned to Philadelphia. I began a career here. It gave me things I’d never had before. I answered those questions in many ways. And now, fifteen years later, I’ve returned once more— this time with some permanence.

So The Middle Finger Project is your book, but also your company?
Yes. The Middle Finger Project is my media company as well as my new book. It’s a guide for anyone who’s ever questioned WTF they’re doing with their life / career / dead end job—and felt directionless, or became heartbreakingly disappointed by the way things are turning out.  We have many readers from around the globe who are just saddled with guilt; the guilt that comes from telling yourself you should just “be grateful for what you’ve got”— which just happens to be some of the world’s most dangerous advice.

How can this dissatisfaction and guilt hold people back?
My manager, Elizabeth, used to be a teacher. While she liked it, she couldn’t help but feel like her bones were just rotting away at her desk every day, and life was passing her by. However, upon engaging in any conversation around the topic, she was immediately told that she should be grateful; that “work is supposed to be hard, that’s why they call it work.” That she had a good, steady-paying job with great benefits: summers off, done at 3pm. That she’d studied hard to get where she’d gotten—and not to throw it all away. That people would kill to be in her position. That she should “stick it out” and “give it a chance.”

And so she started to wonder if maybe they were right. Because we believe other people. And every time her thoughts would turn to craving a more creative challenge, she would smack herself on the wrist and tell herself to be grateful. Until one day, she couldn’t be grateful anymore — because there is a difference between being grateful and being gratified.

How would you define imposter syndrome?
She’s the mean girl at the party — she shows up anytime you try something new; anytime you’re promoted; anytime you’re taking a chance on yourself. It’s this ever-present feeling of: Who am I to do this? I’m not an expert. I’m a nobody. And it’s a problem because we can’t see ourselves objectively, and we believe the mean girl. We shrink. We stay small. We don’t do the things we dream about.

What’s a good way to deal with imposter syndrome when it crops up?
So here’s a fun exercise I like to encourage: let’s imagine that you were to go to court over the matter. And let’s imagine that on one side, you’ve got the mental mean girl (AKA YOU) as the prosecution, effectively arguing that you are not good enough, and you are not ready, and you do not belong there. And on the other side, you’ve got the side of you that hopes and dreams and wishes and wants to take a chance on yourself. The judge is tasked with deciding who’s right, and so they must look at the evidence.

Picture the evidence as stacks upon stacks of paper that outline everything you’ve ever accomplished, the hard things you’ve done, the generosity you’ve displayed, the character you’ve built, the compliments you’ve received, the ways you’ve helped other people, the ways you’ve helped yourself. Guess what’s going to happen? Judge is ruling in favor of the evidence — and they’re going to tell you that you’re quite capable, indeed, and to go get your butt in the ring.

So what’s been the most surreal part of publishing this book for you?
Being called by The TODAY Show and Jenny McCarthy. I said to myself going: “They want to talk to me?!” See? Imposter syndrome affects us all! 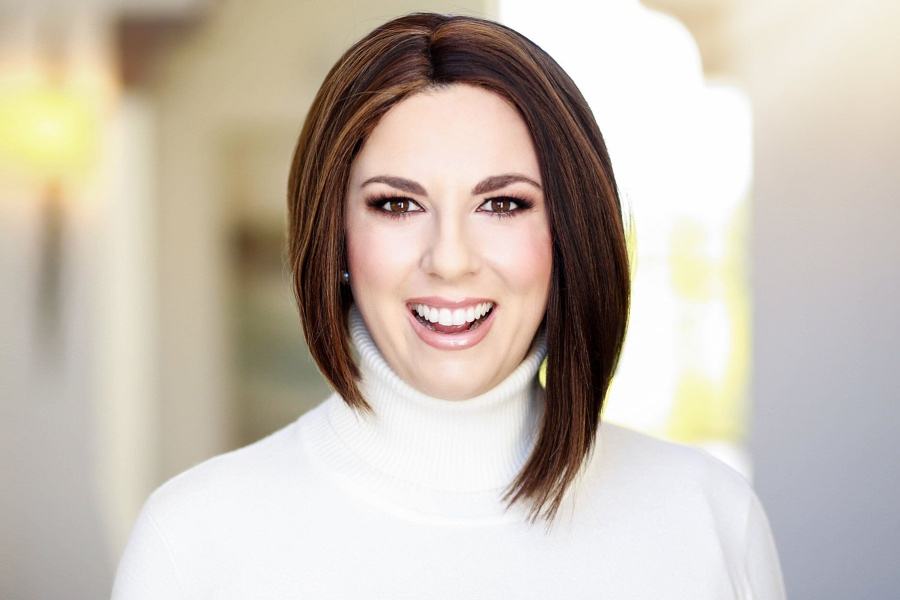 How do you balance your wellness with your business?
This so goes back to the heart of learning how to be a mother to yourself. The things my mother used to tell me when I was young: take a break, it’ll still be there in the morning, go get some fresh air, eat your green beans, your body needs sleep, don’t overexert yourself. It’s wonderful how such simple advice can make you feel like maybe you had a chance after all. And so these are skills I had to re-learn.

After a lifetime of being scrappy to get ahead, you have to discipline yourself to take your foot off the gas. It’s the dark side of ambition: too much of it can kill you. So I decided to give myself rules. When I was approaching burnout back in 2013. I had to force myself to take a month off. It was the best decision I ever made, that month. But maybe because that is what happens when you prioritize your own wellbeing over anything else: You end up feeling well.

What’s the best piece of takeaway piece of advice for readers?
Go, go, go. These three little words are so simple on their face, but they’ve got firepower. They were told to me by one of my favorite mentors, author Seth Godin, when we were discussing the pitch for this book. He signed his email off that way, and I thought: jeez, if Seth Godin tells you to go, go, go, you do it! And so I did.