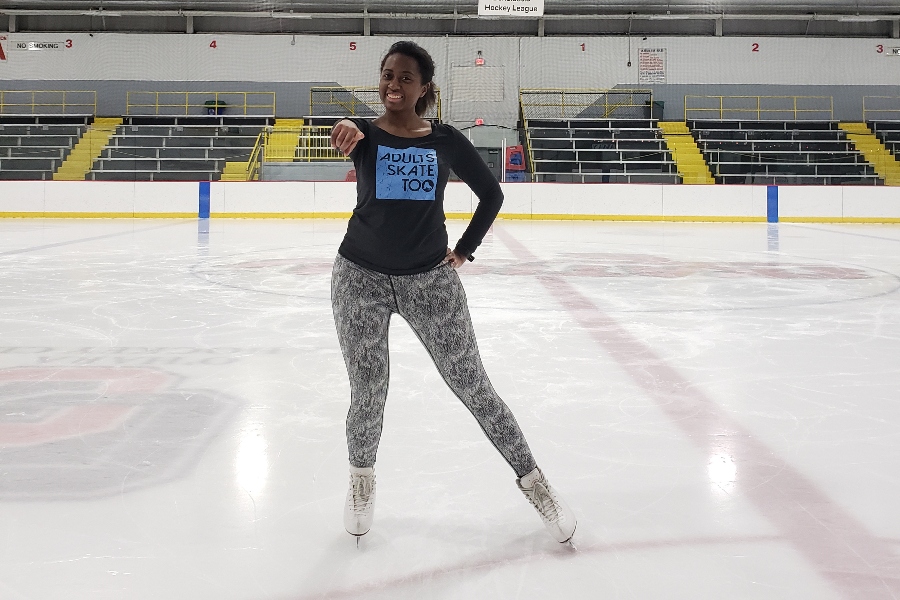 Ice skating, especially in the winter, can be an enjoyable, healthy way to get out of the house, move your muscles, and channel your inner Olympic figure skater (or hover near the rink’s edge — no judgment!). Despite being an urban oasis, the Philly area boasts a bunch of indoor and outdoor rinks so you can lace up and glide.

But for West Philly-native Jada Gossett, ice skating is more than just a winter activity — it’s her main source of exercise, education, and inspiration. After being given a free ticket to skate at Blue Cross RiverRink Winterfest in March 2018, Gossett, a then stressed-out, 22-year-old college student, couldn’t stop thinking about how much fun she had on the rink and signed up for figure skating lessons at University of Pennsylvania. In the span of three months, she went from “barely swizzling” to twirling and doing fancy footwork. Now, she posts videos on her Instagram to transparently track her progress and inspire others to pursue their passions and keep moving, no matter what life throws at you.

To learn more about Philly’s ice and figure skating scene, we caught up with the local ice dancer on her journey, training routine, and insight into the city’s skating community.

Philadelphia Magazine: So, how cool is Philly’s ice skating scene?
Gossett: Philly is one of the best places in the country for casual and more serious ice skaters in all disciplines. During the winter, there are outdoor rinks like Rothman Orthopaedics Rink at Dilworth Park and Blue Cross RiverRink Winterfest that are open during the wintertime, but the area also sees more ice availability at year-round rinks such as Laura Sims, Wissahickon Skating Club, Skatium in Haverford, and Philadelphia Skating Club. Plus, it’s pretty cheap to skate at most rinks, especially if you have your own skates.

What does Philly offer more skilled skaters?
The Philly area happens to be a major hub for figure skating. If someone wants to train on freestyle sessions (usually reserved for figure skaters), they can use facilities originally made for hockey that can eventually turn into full-blown figure skating clubs that get represented at competitions across the country. Additionally, the 2019 Eastern Adult Sectional Figure Skating Championships were hosted in Havertown, and this year, they are returning to Ardmore, where they were held in 2018. There are also so many clubs in the area that offer Learn to Skate classes recognized by the U.S. Figure Skating Association to people of all ages and levels, so pretty much anyone can learn how to skate. It makes for a really strong and growing figure skating community in and around Philadelphia. 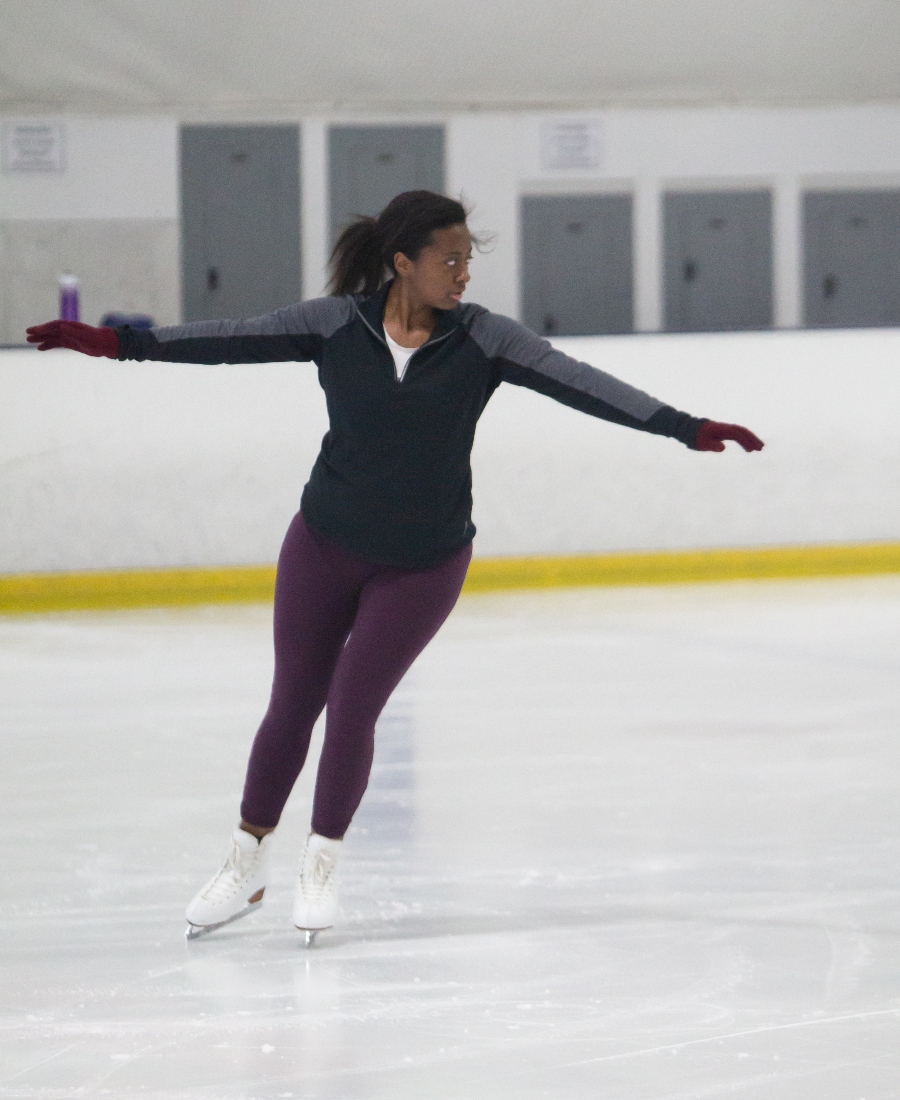 Gossett trains at The Skatium, an indoor rink in Havertown. / Photograph courtesy of Jada Gossett.

What’s your fitness regimen like as a figure skater?
Ever since high school, I’ve always said I wanted a workout that didn’t feel like a workout, and skating has definitely been that for me. Apart from having mental strengths like discipline, focus, and persistence, figure skaters have to be physically strong. That’s because, after a certain amount of time, the muscles you use for basic skating are just not strong enough to pull off harder tricks. So, I do a lot of cross-training. I’m a big fan of EverybodyFights.

How about your nutrition and overall wellness?
As for nutrition, [skating] means you have to eat according to your overall goals, so I started seeing a sports nutritionist. It’s helped me be more aware of my body and how it feels, plus what kind of training I need to do in order to balance my eating habits with my physical activity. In terms of wellness, I relate it to skating itself. Things don’t always click, progress isn’t linear, and you can expect for things to take time, practice, and problem-solving. I’ve definitely grown as a person from these character traits I’ve developed as an athlete.

What are some of your personal skating achievements?
Considering my less-than-athletic tendencies in childhood, everything in skating feels like an achievement. I passed my first two pattern ice dances on the first try — a mere six months into my skating career. Basically, in order to compete, you have to pass certain levels of tests, and in ice dance, you have several pattern dances (usually three) in order to complete each level. In more recent news, I’ve managed to master a basic scratch spin and sit spin in only a few months of really focused practice since I spent the bulk of my “career” so far working on pattern dances.

What’s a misconception people might have about ice skating in a place that isn’t cold year-round?
That you can’t ice skate during the summer! It’s absolutely not true. I train three to four days per week at The Skatium in Havertown during the summer (where there’s an influx of summer camps and competitive ice dance- and singles’ figure skating-training in August). Considering recent renovations to Penn’s ice rink last year, I think Philly has a real opportunity to see increased freestyle and public sessions during the summer, as more facilities gain capital and traffic, and as the public shows more interest in skating outside of the winter months.

What life lessons do you think ice skating helps to instill?
Adult figure skating is a relatively newer subdivision in the sport that arose when skaters that could no longer compete on the elite track could still enjoy competing in a less intense field. I mention this because the idea [of adult figure skating] is to perpetuate that it’s never too late to skate or do anything you love. Pushing yourself and having a good time are the pillars of adult figure skating and of life. No matter what, you just have to keep moving.